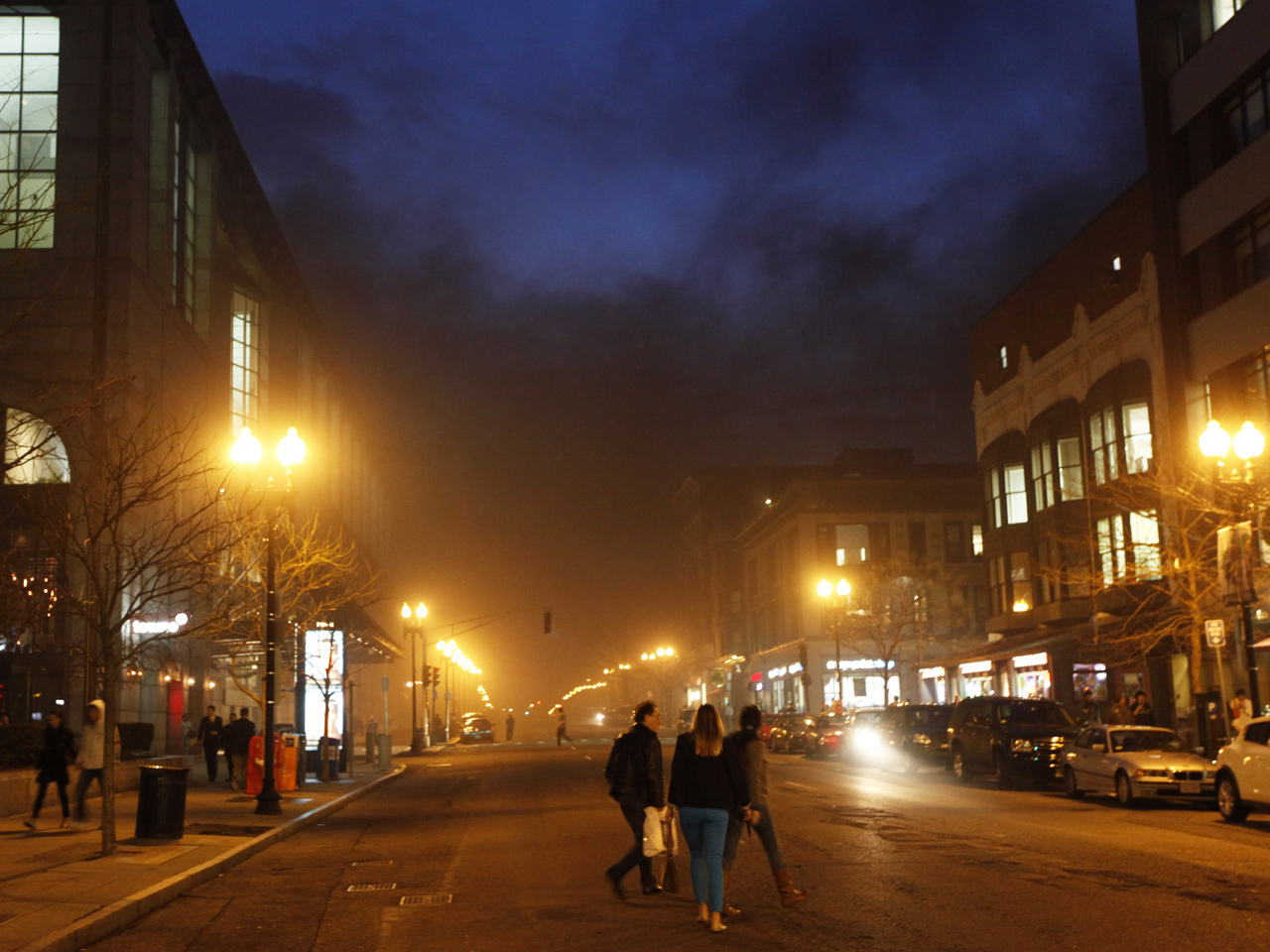 The fire was first reported about 6:30 in the evening. It started in a 115,000 volt transformer behind the Hilton Hotel in an area called Back Bay.

Thick, black smoke hovered over downtown after the fire broke out and left much of the city in the dark.

"Our condo building lost power completely," said one man, "so I went on the roof deck and I looked over and I saw just massive, black plumes of smoke."

The blaze erupted in a substation behind the hotel, then spread to a second substation, triggering the massive blackout.

At first, officials feared the smoke could be toxic.

Hundreds of hotel guests were evacuated, and later moved to a nearby Sheraton.

No serious injuries were reported, and there were no reports of looting, but police shut down surrounding streets as a precaution.

"This is a massive outage," said Boston Fire Department spokesman Steve McDonald. "We've activated a large number of officers so that there will be visibility throughout the affected area."

Firefighters cut their way into the substation to gain control of the blaze.

Utility company N-Star began assessing the damage Tuesday night, promising to bring in large generators to help get things back up and running.

"We're all working hard on this," said Mayor Tom Menino. "We want to be back online as quickly as possible."

N-Star says power was restored overnight to some 8,000 customers, and the rest should get their power back sometime Wednesday.

To see Jim Axelrod's report, click on the video in the player above.