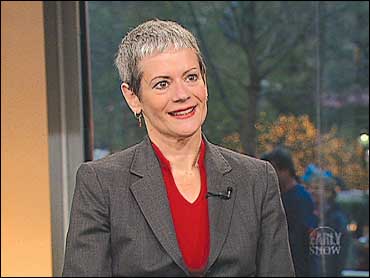 Millions of people braved the crowds at malls this weekend to cash in on holiday shopping discounts. Today, on what's known as Cyber Monday, millions more will scour the Internet looking for deals online.

Senior analyst with Jupiter Research Patti Freeman Evans told The Early Show co-anchor Rene Syler that the Internet will be a place to find great deals throughout the holiday season.

In fact, Evans said it's unlikely that Cyber Monday will be the biggest day for online shopping this holiday season.

"Typically, it's the two Mondays in December are bigger than this but there's a lot of traffic and the excitement after the week of shopping off-line continues and it continues for retailers because they are offering a great deals," she said.

Evans said most people will be just browsing today and purchasing later because they don't necessarily know what they want to buy in November. She said Jupiter Research projects that 115 million people — up 6 percent from last year — will use the Internet to shop.

To find the best deals on these products, Evans said look for time sensitive specials. For example, a retailer might say you can save an extra 30 percent if you buy today. She also said some retailers will offer sales on specific items. For example, the Gap is selling cold weather gear at 30 percent off.

Cybermonday.com features sales from all around the Internet with up to 40 percent off the original price, Evans said. On Amazon.com, people are voting on what things they want to see discounted.

"It's a great story. We haven't seen a retailer use the wisdom of the masses to decide what promotions they are going to offer. Every week this year they will list five options of great deals. The first was a $1,000 Xbox — 1,000 went in 30 seconds," Evans said.