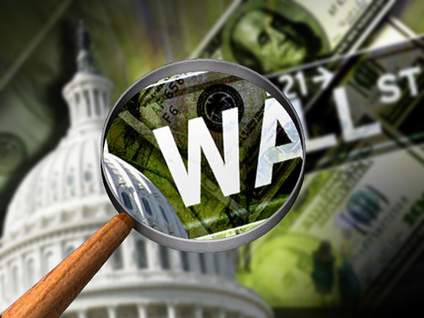 Following marathon negotiations at the end of last week, it appeared that historic financial reform legislation was on the cusp of becoming law. All that was left before the bill went to President Obama for signature was a full vote in the Senate and House to pass it - and because of the negotiations, it appeared the votes were there for passage.

Then Sen. Robert Byrd of West Virginia died - and, in a situation reminiscent of the sudden imperiling of the health care bill after Republican Sen. Scott Brown's special election victory in Massachusetts, what looked like a done deal suddenly wasn't. The loss of what would have been the 60th vote for the legislation left Senate Democrats scrambling to pick off one more member - a process that has thus far not gone particularly well.

West Virginia Democratic Gov. Joe Manchin has set no timetable for naming Byrd's successor, and with Democrats working to pass the bill this week, they cannot depend on a yes vote from the seat long held by Byrd. Senate Majority Leader Harry Reid worked today and yesterday to find a vote to replace Byrd's, but he met with little success: Democratic Sens. Russ Feingold of Wisconsin and Maria Cantwell of Washington stood by their opposition to the bill, leaving Reid to win over every member of a small group of Republicans who have previously voted for the legislation.

That group includes Brown, as well as Olympia Snowe and Susan Collins of Maine and Chuck Grassley of Iowa. But with the late addition of a $19 billion fee assessed to banks (inserted into the legislation in the conference report), Brown made clear that he was no longer on board.

"This tax was not in the Senate version of the bill, which I supported," he said in a letter today to Senate Committee on Banking Chairman Chris Dodd and House Committee on Financial Resources Chairman Barney Frank. "If the final version of this bill contains these higher taxes, I will not support it."

With 60 votes no longer in sight, Democrats are reopening the conference committee today to change how to pay for implementing the new regulations - that is, replace what Brown calls a "bank tax" with another funding source in order to win back Brown's vote. (Doing this would also help hang on to the votes of Snowe, Collins and Grassley, who have expressed concerns about the bank fee.)

"Taxpayers will never again be on the hook for paying for the costs of any future bank failures," a Democratic aide vowed to CBS News.

Two alternatives being discussed to generate the money, according to CBS News Capitol Hill Producer Jill Jackson, are to raise the Federal Deposit Insurance Corporation premium ratio and, perhaps more significantly, to eliminate the TARP program except for existing obligations.

An amendment being distributed to conference attendees eliminates all future TARP payments, which is estimated to generate $11 billion. It also raises the amount banks pay into the FDIC's deposit insurance fund from 1.15 percent of insured deposits to 1.35 percent. It excludes banks with under $10 billion in assets.

All this makes for a feverish day of negotiations on Capitol Hill to get the bill signed into law before the July 4th recess. Why the rush? Because Democrats have an incredibly crowded legislative agenda - climate/energy and immigration bills are still, at least in theory, meant to pass this year - and they are desperate to keep financial reform from eating into any more valuable legislative days.

Frank said this afternoon that he's been told by Dodd that Cantwell, Collins and Snowe have all said that they will support the conference report.

If true, that leaves Democrats just one more vote to secure for cloture -- and thus the fate of the bill could come down to Brown and whether a change to the bank fee situation will win him back.

He added, however, that the bill might not pass the Senate this week -- even with Brown's vote -- because of  scheduling issues. Still, Frank said, "the die is cast."