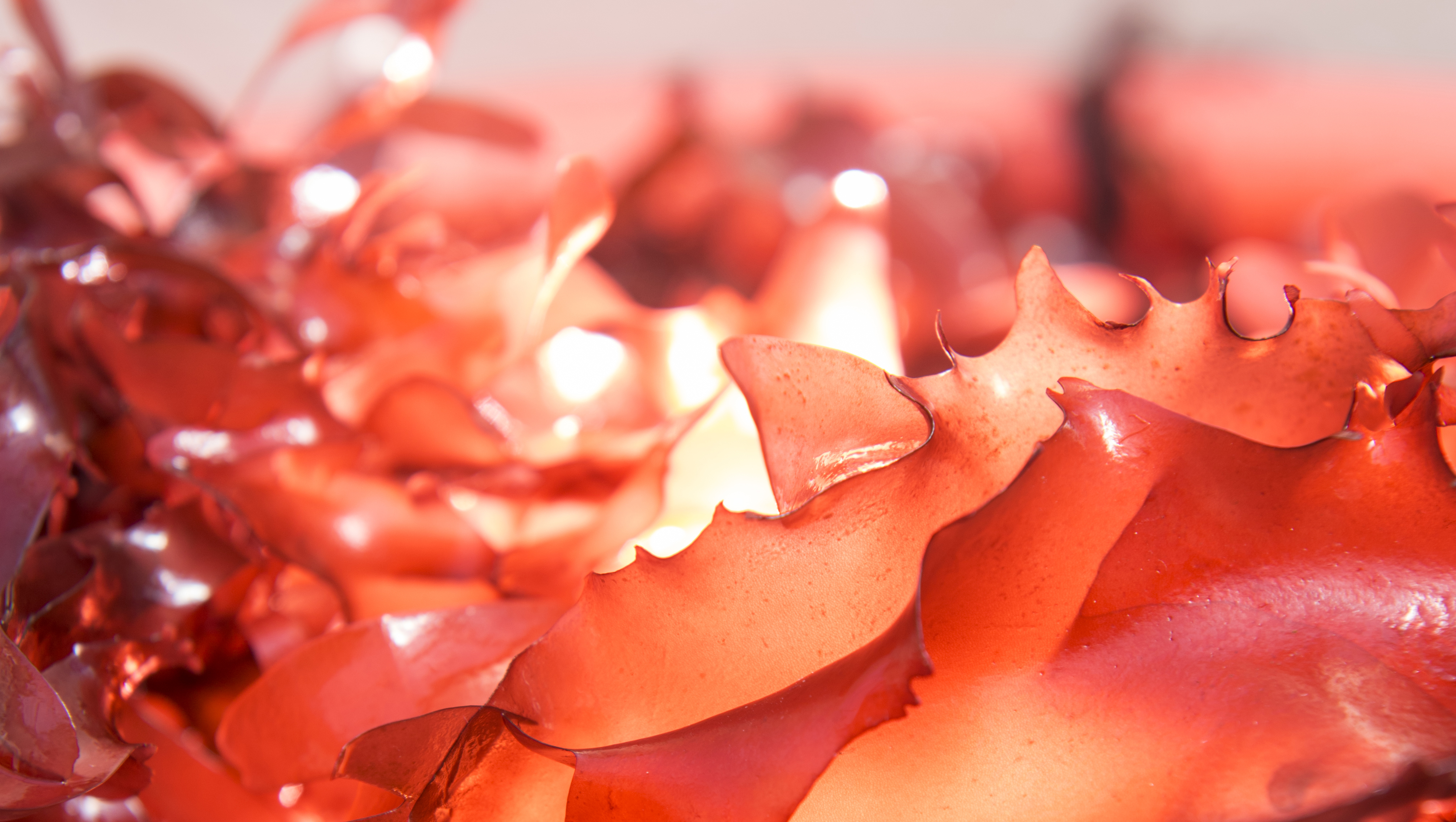 Oregon State University researcher Chris Langdon wasn't looking for the next hipster snack when he started growing a special strain of seaweed 15 years ago. But he may have found it.

Dulse is a leafy red seaweed that grows along the Pacific and Atlantic coasts. It's packed with minerals, vitamins and antioxidants, and contains up to 16 percent protein by dry weight.

"The original goal was to create a super-food for abalone, because high-quality abalone is treasured, especially in Asia," Langdon said in a statement, referring to a slug-like mollusk popular on restaurant tables in some parts of the world.

But when he tried the dulse himself, he realized it was surprisingly delicious -- at least his version of it.

"In Europe, they add [dulse] powder to smoothies, or add flakes onto food," Langdon said. "There hasn't been a lot of interest in using it in a fresh form. But this stuff is pretty amazing. When you fry it, which I have done, it tastes like bacon, not seaweed. And it's a pretty strong bacon flavor."

When he brought in the marketing savvy of OSU business school teacher Chuck Toombs and the expert taste buds of research chef Jason Ball, dulse's potential as people food floated to the surface.

"Dulse is a super-food, with twice the nutritional value of kale," Toombs said. "And OSU had developed this variety that can be farmed, with the potential for a new industry for Oregon."

Currently there are no commercial dulse-growing operations in the U.S. harvesting the plant for human consumption. But Langdon has patented his strain and Toombs' MBA students are preparing a marketing plan for a new line of specialty foods.

"The dulse grows using a water recirculation system," Langdon said. "Theoretically, you could create an industry in eastern Oregon almost as easily as you could along the coast with a bit of supplementation. You just need a modest amount of seawater and some sunshine."