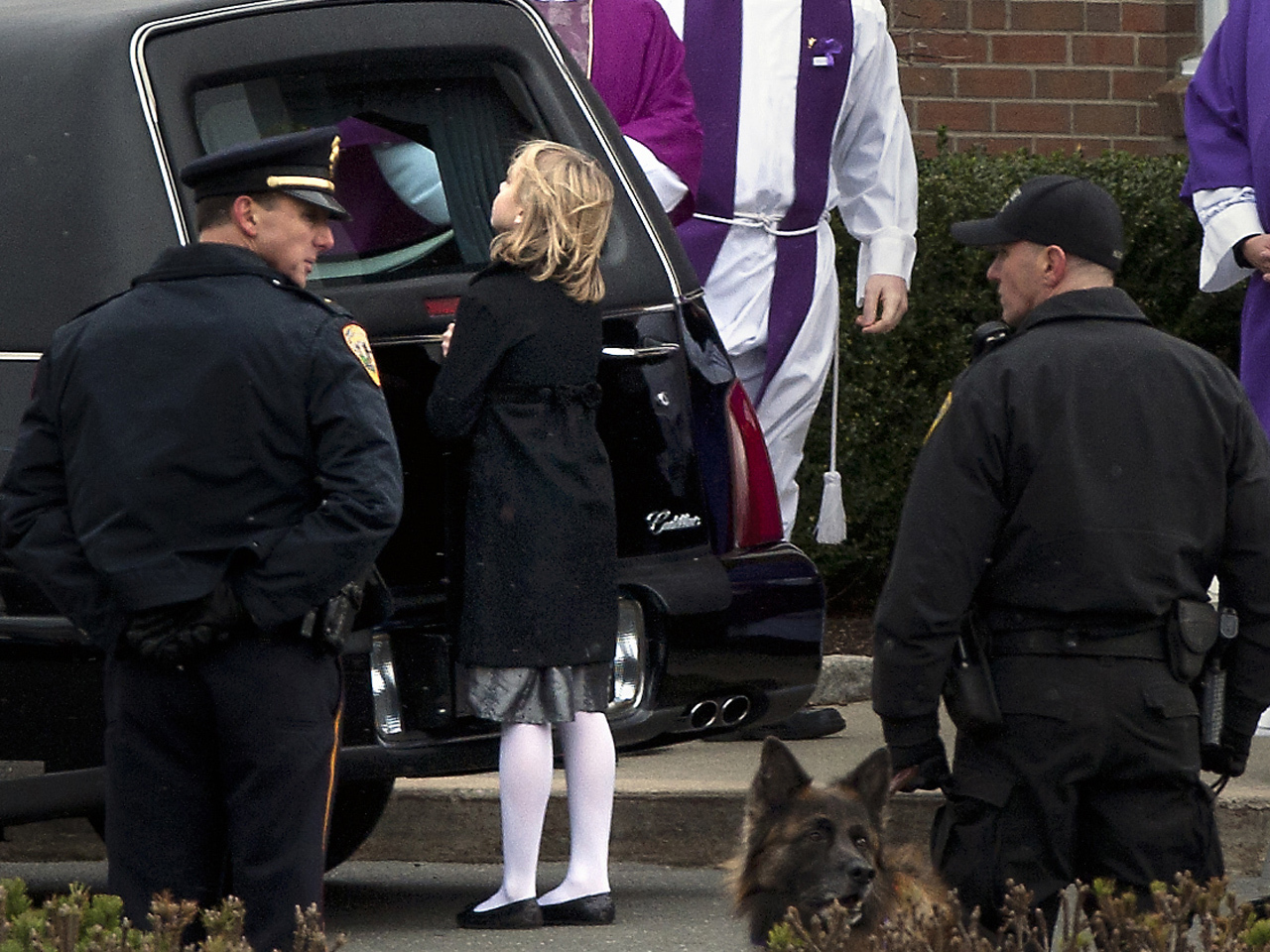 A horse-drawn carriage brought the miniature coffin of Ana Marquez-Greene to the church in Bloomfield, Conn., where a thousand mourners gathered to bid goodbye.

The service for the 6-year-old at The First Cathedral church included a performance by Harry Connick Jr., who has played with the girl's jazz saxophonist father, Jimmy Greene, the Connecticut Post reported.

Family members remembered her as wild-haired child with her own love of music.

"Ana had a song," said the Rev. Paul Echtenkamp of Glory Chapel International Cathedral in Hartford. "It just came out of her."

Monsignor Robert Weiss said at the funeral for 7-year-old Josephine Gay that she liked Barbie, her iPad and the color purple.

"Purple is the color of passion," Weiss said, according to the New Haven Register.

Josephine's parents, Michele and Bob, remembered how much she liked peanut butter, and how she would request a new spoon for each mouthful. They would find spoons covered with peanut butter in locations throughout the house.

Dozens of emergency responders paid their respects at the start of the service at St. Rose of Lima Catholic Church in Newtown, walking through the church and up to the altar.

Emilie Parker, 6, was laid to rest in the northern Utah city of Ogden, where people had tied pink ribbons around trees and utility poles in her memory.

Her father, Robbie Parker, was one of the first parents to publicly talk about his loss and he expressed no animosity for the gunman. He's sustained by the fact that the world is better for having had Emilie in it.

Twenty children and six adults were killed at Sandy Hook Elementary School on Dec. 14. The lone gunman also killed his mother before going on the rampage and then committing suicide.

Authorities said Adam Lanza, 20, used a military-style assault rifle and carried handguns during the rampage at the school.

They still have no clear reason why Lanza would lash out at defenseless first-graders and their caretakers.

State police spokesman Lt. J. Paul Vance said a final report on the investigation could be months away.

On "CBS Evening News," correspondent Elaine Quijano interviewed Newtown Police Chief Michael Kehoe and Capt. Joe Rios about what they saw following the school shooting rampage. They arrived at the school minutes after the call.

"I was devastated, absolutely devastated," said Kehoe about what he saw in the classroom. "I had no words. I felt a little bit of anger towards the person who had done this."

"I walked in, and it was horrific," Rios recalled. "The crime scene itself. And to see the adults and the children that were deceased in the classrooms. It was very hard obviously to comprehend what had happened."

Kehoe said he feels some sense of guilt. "Deep down inside, I just believe that our job was to keep kids safe, and it's supposed to be in a learning environment."