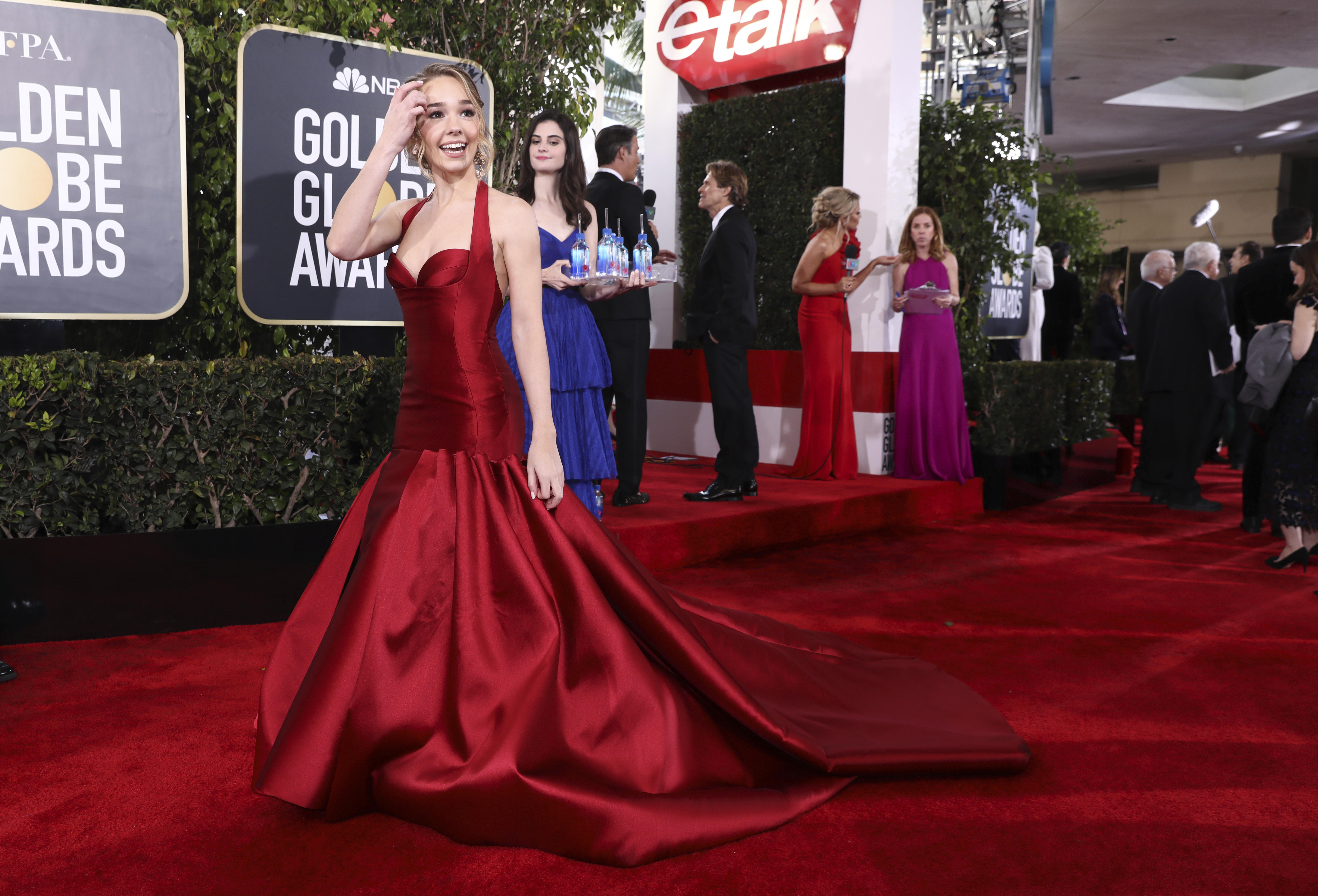 Fiji Water filed a counter lawsuit Friday against "Fiji Water Girl" Kelleth Cuthbert, who gained fame for photobombing celebrities while working as a brand ambassador for the natural artesian water brand at the Golden Globes.

The Wonderful Company, which owns Fiji Water, alleges that Cuthbert, whose real name is Kelly Steinbach, reneged on an agreement that permitted Fiji to use her likeness in its advertising.

The suit accuses her of attempting "to extort close to half a million dollars from Fiji" because she was unsatisfied with the $90,000 contract she had originally signed.

The Canadian model, 31, first filed a lawsuit against her employer on January 31, alleging that Fiji had used her likeness in its advertising campaign without her consent. Specifically, Fiji used cardboard cutouts of Cuthbert to promote its brand.

In its countersuit, Fiji claims, "Ms. Steinbach has now bitten the hand that feeds her by suing the very company that is entirely responsible for providing her the opportunity and the means to capitalize on her fleeting 15 minutes of internet fame."

Cuthbert became an internet sensation after droves of photos surfaced of her posing behind celebrities at the awards show.

"Kelleth will not be bullied by Fiji Water, the Wonderful Company, or its billionaire owners," her lawyer, Kecia Reynolds told CBS MoneyWatch.

"Fiji Water profited from using Kelleth's image without consent and she is legally entitled to damages and profits from the use of her image. Fiji Water's complaint is meritless and Kelleth is confident she will prevail in court," she said in a statement.

Cuthbert's camp insists that suing Fiji was a last resort for the model, who had hoped to resolve the dispute privately. "Fiji Water's cardboard cutout campaign used Ms. Cuthbert's image unlawfully and she just wants what is fair," Reynolds said.