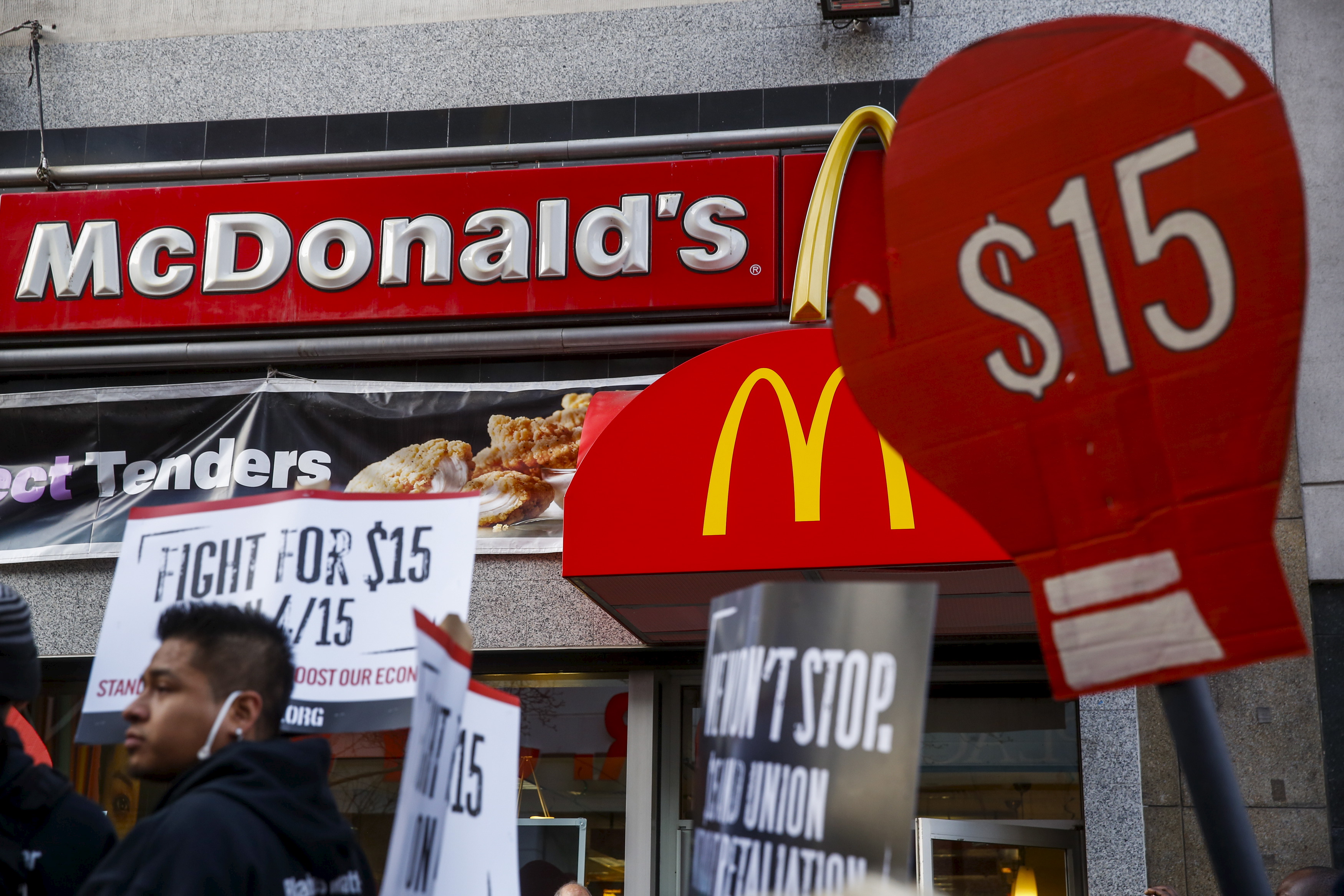 For Dustin Iler, earning a PhD was supposed to be a path to a middle-class career in academia as a professor of American and English literature.

Instead, Iler, 31, is earning $5,000 per class as an adjunct professor at Washington University in St. Louis, which he says isn't enough to pay down his student loans or fix his car after it broke down several months ago. The life of an adjunct wasn't something he said he was aware of when he started his PhD, but he is seeing a number of friends ending up in the same low-paid, unpredictable academic jobs.

"I definitely see myself as a low-paid worker," Iler told CBS MoneyWatch "When one in four adjuncts are living in poverty, these are devastating numbers."

That's spurred Iler and other adjuncts to join the "Fight for 15" movement, a union-led campaign that is organizing labor actions around the country today to draw attention to the push for higher wages. The strikes and rallies -- held on the symbolic date of April 15, the deadline for Americans to file the tax returns -- will take place in more than 230 cities and college campuses.

The participation of high-skilled workers like Iler show that what started as a movement to persuade employers and policy makers to push the baseline pay to $15 an hour for fast-food workers is gaining momentum in other jobs and industries, such as academia and health care and child care.

"I have to make a choice, once I pay the rent, do I pay for food or do I get an asthma pump?" O'Neal said, who needs medication for asthma and high blood pressure. "Everything I make is basically going just to survive."

O'Neal, 48, joined protesters this morning at an Atlanta-area Burger King to take part in a Fight for $15 demonstration, and added that she'll speak later today at a rally about the connection between higher pay and stronger communities. It's the second Fight for $15 protest she's taken part in, after a friend asked her to join one at McDonald's (MCD).

The movement's inclusion of other low-wage workers, such as child care and home health aides, is positive for communities of color, where workers are often struggling with rock-bottom pay, she added.

The Fight for $15 movement, now more than two years old, is putting pressure on large corporations such as Walmart (WMT) and McDonald's, which both recently said they would raise wages for their lowest-paid workers. Still, critics say that the wage hikes, which amount to increases of about $1 per hour, are far from what's needed to provide a livable wage for American workers and their families.

In response to the Fight for $15 campaign, backed by the Service Employees International Union, McDonald's told The Associated Press that it respects the right to "peacefully protest."

While teaching at universities has historically been a path toward a middle-class life, that's no longer a given today. Universities increasingly hire adjuncts to teach classes, with 45 percent of all teaching faculty now represented by part-time workers, compared with 22 percent in 1970.

In addition to teaching the class, adjuncts must prepare, grade and meet with students, adding extra hours to their workloads. About 16 percent are paid below the federal minimum wage of $7.25 an hour, based on their self-reported number of hours they work. Part-time faculty are more likely to live in poverty than the average American, according to advocacy group Faculty Forward.

In joining the Fight for $15, adjuncts are asking their per-course teaching fee be raised to $15,000. Aside from the low pay, Iler noted that adjuncts are given semester-long contracts, heightening uncertainty about future employment and income. And if a class doesn't have enough students enrolled, the university can cancel the class at the last minute.

"I was told I would teach this summer, but I haven't seen the contract yet," Iler said. "The other facet of this is you don't know how to plan your budget because you don't know if you'll be teaching."

In an email, Washington University spokeswoman Julie Flory wrote: "The university welcomes constructive dialogue and supports peaceful demonstration, as long as participants are mindful of the guidelines that are in place to facilitate such events."

Between 2,000 to 3,000 employees, students and supporters will be protesting at Washington University today, he said, adding that he is participating in the protest to show worker solidarity and to spur change within the university's administration. Iler noted that he teaches wearing a pin that reads, "Adjunct at Work," which prompts his students to ask what that means.

"Once they learn what we're paid versus what they pay in tuition, which is $50,000 at Washington University, they have questions: 'Where is our tuition going?'" he said. "They assume everyone is tenured. When they find out how much we're paid, they get pretty upset about it."