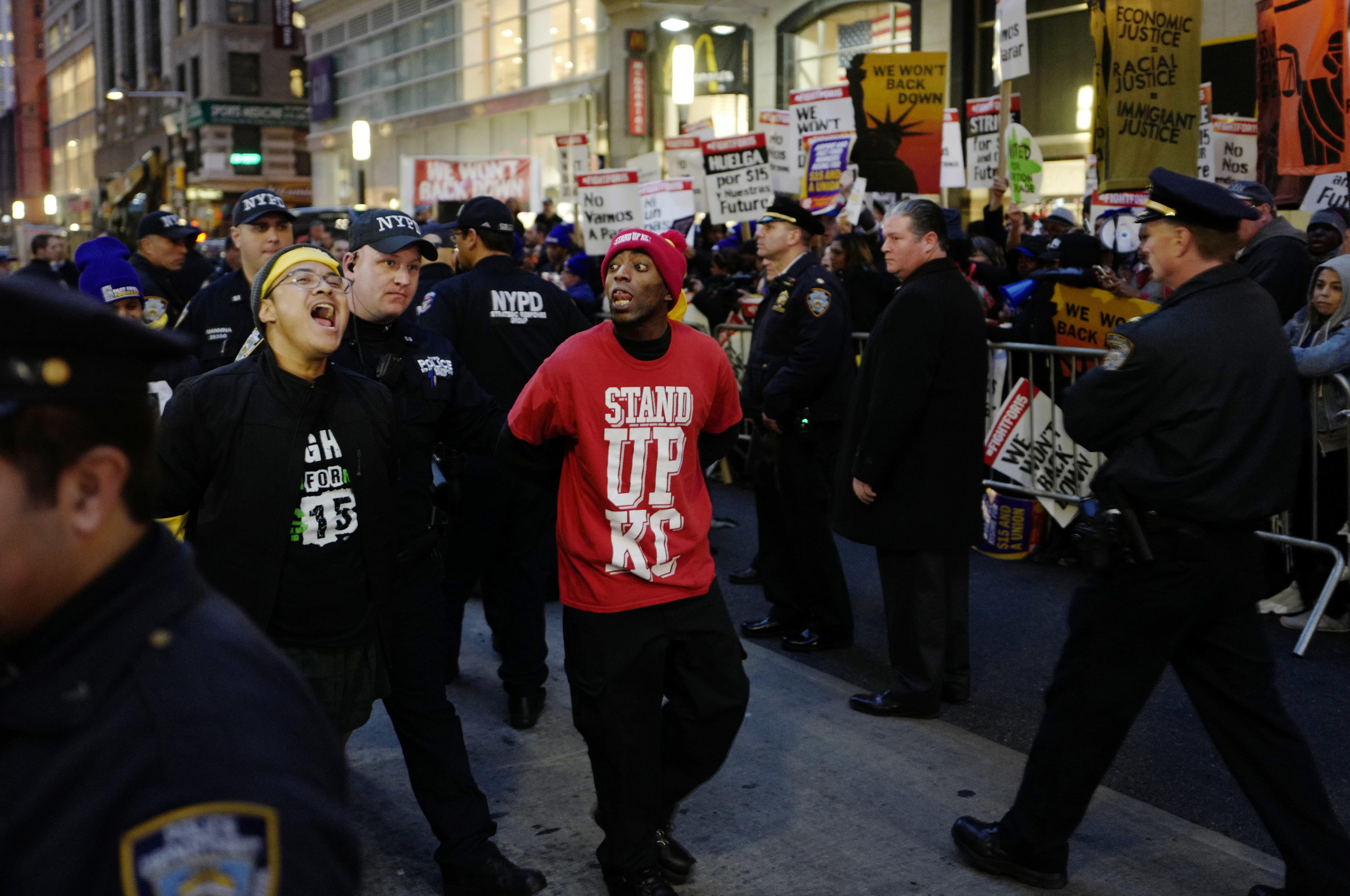 CHICAGO - A national day of protests for a higher minimum wage is seeing demonstrations from O’Hare Airport in Chicago to Kansas City to Los Angeles.

The national “Fight For $15” protest is the latest in the fight for a $15-per-hour minimum wage. Protesters called the day of action “Disruption Tuesday.” Fast food employees, child care teachers, graduate assistants, and others in low-wage jobs who plan to walk off their jobs in 340 cities.

In May, the Supreme Court declined to hear a challenge to Seattle’s new raised minimum wage law brought by franchise owners, signaling it does not plan to stop the movement that is spreading across the nation. Labor unions and other organizers are taking advantage of the legal climate to push for the $15-per-hour minimum wage. President-elect Trump has not been clear about what he believes the minimum wage should be, but has indicated previously he would leave that decision to the states.

At noon, CBS Chicago reports O’Hare baggage handlers, cabin cleaners, janitors, and wheelchair attendants will stage a protest rally for the same $15 hourly wage. Organizers said about 500 airport workers will be on strike at O’Hare.

In New York, about 25 people participating in a minimum-wage protest were arrested Tuesday after they linked arms and sat on a lower Manhattan street.

They were among about 350 people at a peaceful rally, chanting “We shall not be moved” and waving signs that read “We won’t back down” and “Strike for $15 and our future.”

Cabral, who’s originally from the Dominican Republic, said she was especially concerned about her children’s education.

“No family has money saved to send their children to school. I’m one of them,” she said, adding that one of her daughters dropped out and she’s concerned about keeping her other daughter in school.

“Fifteen dollars is just a number,” he said. “If we could get one dollar and one dollar could take care of our health care, housing, food and everything, that’s what we need.”

In 2014, the Massachusetts Legislature approved a bill to increase the state’s minimum wage — then $8 an hour — to one of the highest in the nation over a three-year period. The final step, going from the current $10 to $11 an hour, occurs on Jan. 1.

CBS Los Angeles reports that organizers there, including the Service Employees International Union, said the demonstrations are a response to the recent election of politicians “who threaten an extremist agenda to move the country to the right.”

The first protest has already begun in downtown Los Angeles. Another rally is scheduled for noon just east of Los Angeles International Airport.

According to protest organizers, the airport-area action is planned to send a message to airlines “that it’s time they take responsibility for those whose dedication and hard work help to generate $36 billion in profits for the aviation industry.”