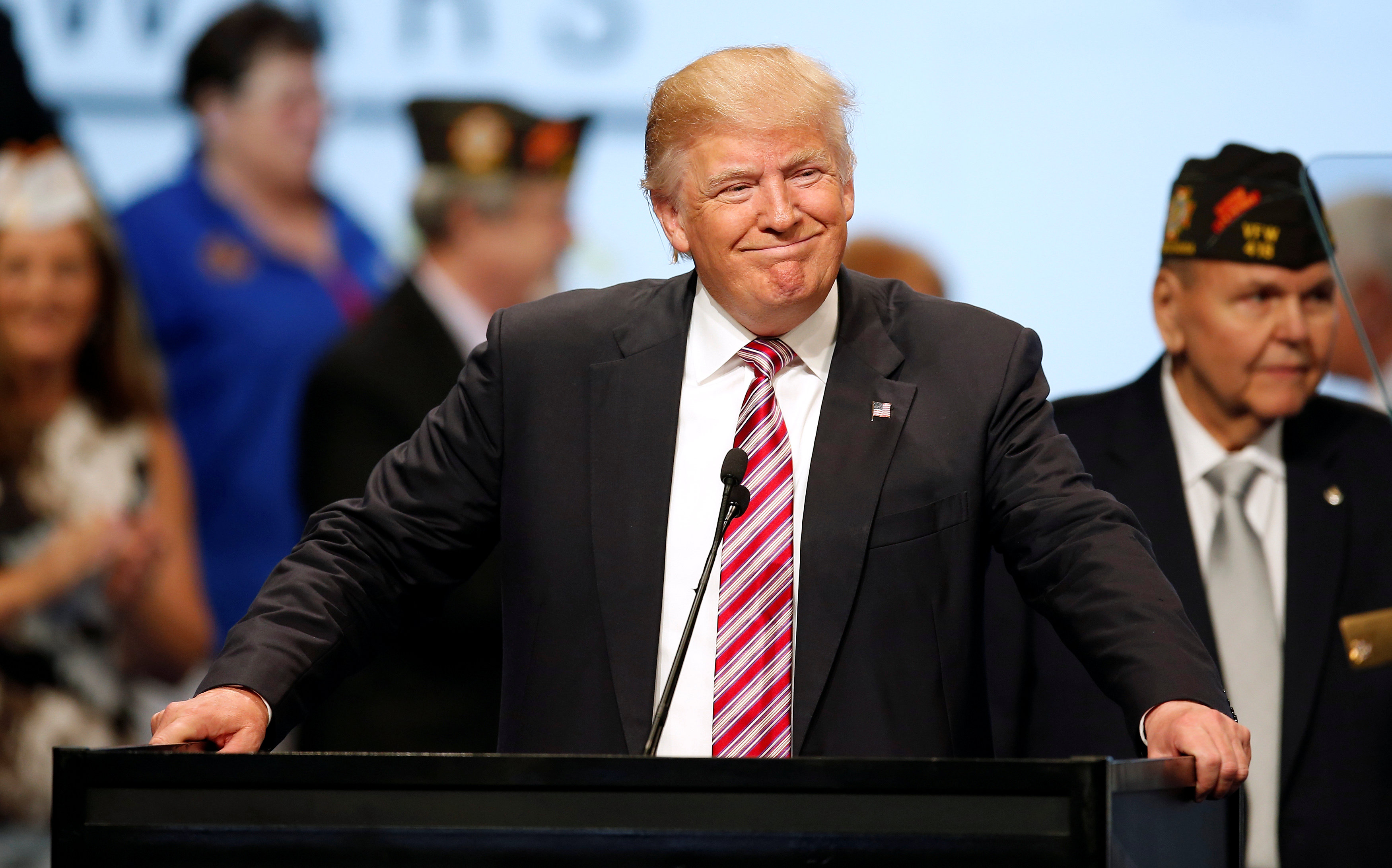 Donald Trump claimed Tuesday that Bernie Sanders lied about the GOP nominee's position on the minimum wage, but then he failed to clearly articulate his stance.

"Wow, that was really a lie. He said that I want to do go less than minimum wage. This is a new one because I'm the one Republican that said in some cases we have to go more than minimum wage but what I like is states," Trump said in an interview on Fox News' "The O'Reilly Factor."

Trump said that the states should be allowed to make their own determinations about the minimum wage. Host Bill O'Reilly said to Trump that there has to be a federal minimum wage and asked him what number he would set it at.

Asked to give a specific number like $10, Trump said, " I would say 10. I would say 10. But, with the understanding that somebody like me is going to bring back jobs, I don't want people to be in that $10 category for very long. But, the thing is, Bill, let the states make the deal."

O'Reilly said that he now had Trump on the record saying that he supports a $10 federal minimum wage and that states can do what they want.

"No, you have me on record saying the states are going to raise it higher than that," he said.

In an interview on "CBS This Morning" Wednesday, Trump's campaign chairman Paul Manafort was asked to clarify Trump's position on the federal minimum wage because he keeps changing his comments on it, but he failed to give a clear answer.

"We'll be dealing with that, his national economic policy and some of his tax policies in the course of the next several weeks as he makes several speeches dealing with these type of topics," said Manafort, who then accused Democrats of not explaining how they'll pay for their proposed programs and policies.

Asked again if Trump believes in raising the federal minimum wage, which is currently $7.25 an hour, Manafort said, "Donald said what he did and that will be explained in the context of an overall economic package that we're doing over the course of the next two weeks."