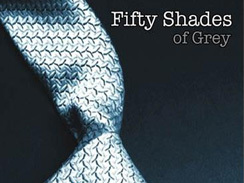 Thanks to "Fifty Shades of Grey," employees at Random House Inc. are seeing lots of green.

Every worker, from sales to editorial to distribution, will receive a $5,000 bonus, prorated for those who joined Random House during the year. In a companywide letter sent Monday, CEO Markus Dohle noted the publisher's "unprecedented success" in 2012.

Dohle announced the bonuses at a company Christmas party last week in New York, according to The New York Times.

Random House spokesman Stuart Applebaum said Monday that while some employees have existing bonus plans, the across-the-board payment was "unique" for the company.