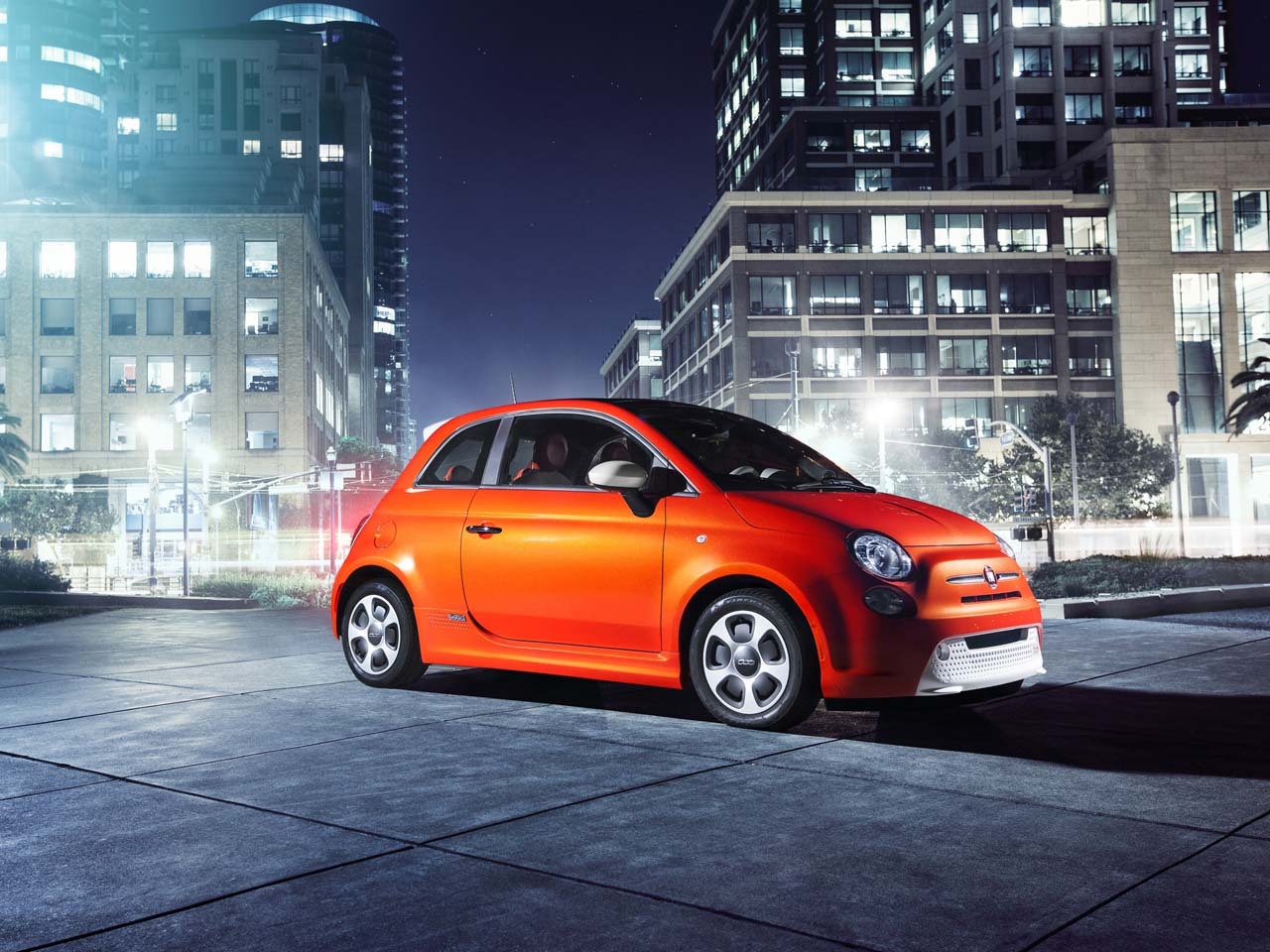 DETROIT The Fiat 500 is getting bigger and going electric.

Two new versions of the Italian-styled mini-car are appearing at the Los Angeles Auto Show this week: The "500e" is the brand's first all-electric model in the U.S. while the "500L" comes with four doors and significantly more room than a regular model. The first 500 hit U.S. showrooms two years ago, promising a stylish and fuel-efficient remake of the 1950s original. Since then, at least four variations of the remake have rolled out.

The 500's expanding lineup mimics the successful strategy of another tiny car, BMW's Mini Cooper. The German automaker has broadened the niche car's appeal by offering spins-offs that target more tastes and lifestyles. The 500 also has tried that, offering convertible, luxury and high-performance variations.

The 500 needs to boost its allure in the U.S., where sales remain pint-sized compared with the rest of the world. Fiat has produced more than 1 million 500s worldwide since the car's global launch in 2007, but acceptance has been slow in the U.S., where just over 36,000 500s have been sold through October.

Here are some highlights of the car:

Under the hood: The 500e has a lithium-ion battery that powers a 111 horsepower electric motor. The battery can be recharged in less than four hours with a 240-volt charging station. The car will be able to go 80 miles (130 kilometers) before its battery has to be recharged, with driving range in the city exceeding 100 miles (160 kilometers), according to Fiat, which also runs Chrysler Group LLC. Electric cars and hybrids, in general, have better range in the city because their brakes generate power to recharge the battery. The 500L will have a 160-horsepower 1.4-liter turbocharged four-cylinder engine. There's a choice of manual or automatic six-speed transmissions.

Outside: Engineers made the 500e more aerodynamic than the current 500, improving its wind drag statistics by 13 percent. The electric version gets sculpted new front and rear fascias that were designed by using a wind tunnel. It also has a hatch-mounted spoiler. The 500e suspension is new for the electric car, giving it better handling. The L is 26 inches (66 centimeters) longer and 6 inches (15 centimeters) wider and taller than the current 500 and will come with four doors instead of two.

Inside: The 500e gets a 7-inch (18-centimeter) dashboard screen with graphics to show battery charge levels and other functions. The five-passenger 500L gets so much more interior space that it's considered a large car, the company says. The interior is 42 percent bigger than a regular 500, which seats four, Chrysler says.

Price: Not announced yet for either model. The 500e will be sold only in California at first, starting in the second quarter of 2013. Chrysler won't say where it will go next. The 500L will come out in the middle of next year in all of North America.

Cheers: The 500e offers decent range on electricity with cute European styling. The 500L has the style, plus room for more people and stuff, which should expand the mini-car's market.

Jeers: The electric car is going only to California, at least for the moment. It also faces plenty of competition from other electrics, such as the Chevrolet Volt, Nissan Leaf, Ford Focus and Mitsubishi i. If the 500L doesn't get any better gas mileage than the Abarth, it will be behind many other small cars on the market.