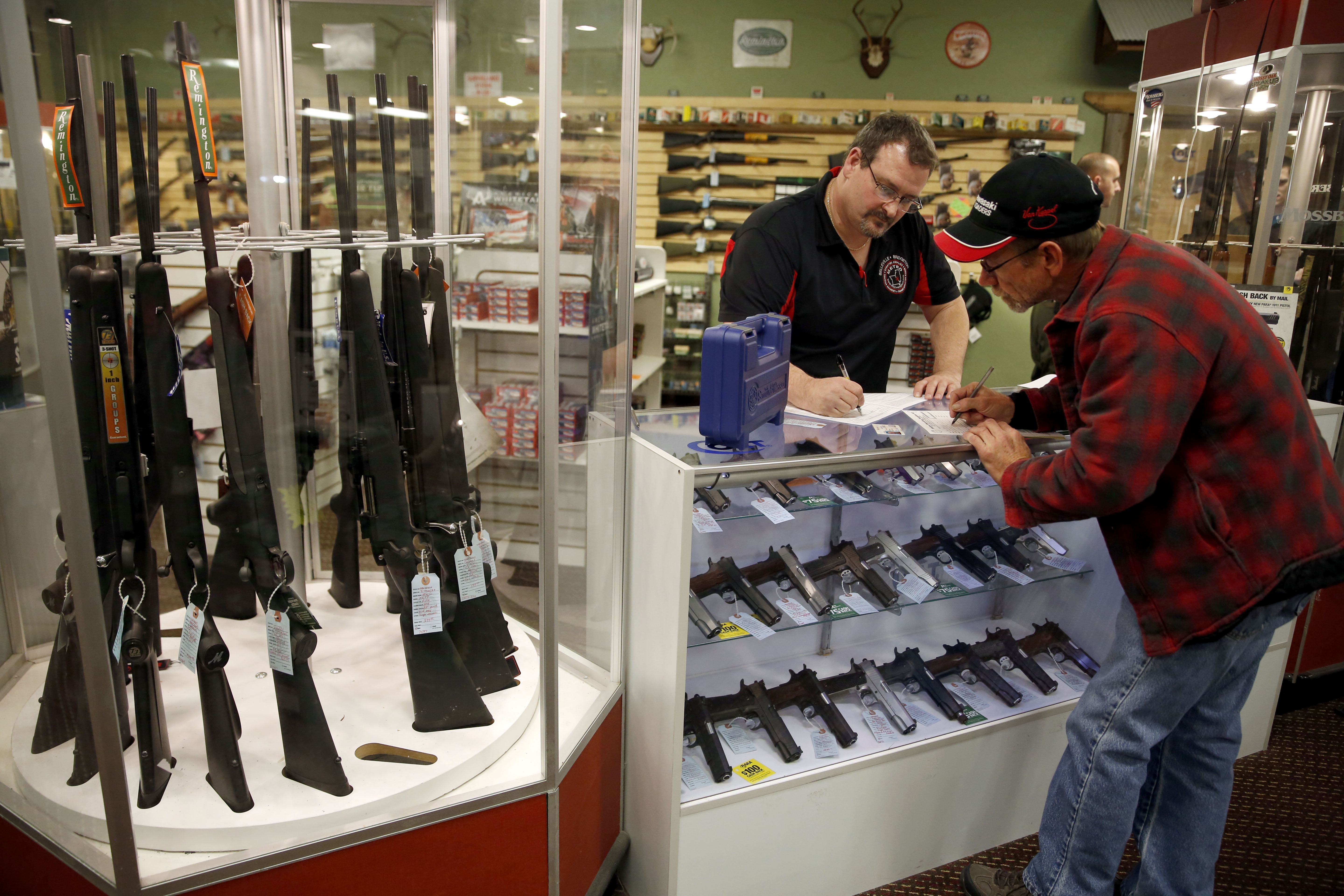 Metro Shooting Supplies, in an area near the city's main airport, reports selling two to three times more weapons than usual in recent weeks - an average of 30 to 50 guns each day - while the jury prepares to conclude its three-month review of the case that sparked looting and weeks of sometimes-violent protests in August.

"We're selling everything that's not nailed down," owner Steven King said. "Police aren't going to be able to protect every single individual. If you don't prepare yourself and get ready for the worst, you have no one to blame but yourself."

The store's waiting list for private lessons and concealed-carry training classes extends into 2015.

Protest leaders say they are preparing for non-violent demonstrations after the grand jury's decision is announced, but they also acknowledge the risk of more unrest if the panel decides not to issue criminal charges against Darren Wilson, the white officer who shot Brown, who was black and unarmed.

Other gun dealers say their sales spikes are comparable to the increases seen soon after Brown's death on Aug. 9.

"I've probably sold more guns this past month than all of last year," said County Guns owner Adam Weinstein, who fended off looters last summer at his storefront on West Florissant Avenue, the roadway that was the scene of many nightly protests. Weinstein stood guard over his business with an assault rifle and pistol.

The store has since moved out of Ferguson - in part because of concerns about potential further violence.

First-time gun owners account for about 60 percent of his recent customers, King said. Among them is Dave Benne, who on Saturday purchased a Smith & Wesson handgun as shoppers swarmed the 8,600-square-foot showroom.

Benne said he's considered buying a gun for some time, but the events in Ferguson, a town that borders his community of Florissant and shares a school district with its neighbor, were the decisive factor.

"Everyone else has one," he said. "I figured I?d better too."

The St. Louis County Police Department reports a sharp increase in the number of concealed-carry permits issued since Brown's death compared with a year ago.

From May through July, the county issued fewer permits compared with 2013, records show. But from Aug. 1 through Nov. 12, officials issued 600 more permits, including more than twice as many in October as a year earlier. Fifty-three more permits were issued in the first eight business days of November than in all of November 2013.

Police spokesman Brian Schellman said "it would be naive" to say the increase has not been driven by concern over the grand jury decision.

The purchases are not limited to residents. The owner of an online business that sells tactical gear to law-enforcement agencies said his warehouse in the suburb of Chesterfield has been visited by Missouri state troopers and officers from the Department of Homeland Security assigned to help state and local police.

"None of us has ever seen anything quite like this before," said Chad Weinman of Cat5 Commerce, which operates the website TacticalGear.com. "There is an uncertainty in the air that has my entire staff on edge. To say that St. Louis residents are concerned about what will transpire in the coming days is an understatement."

At the Ferguson Wal-Mart, one of more than a dozen stores attacked the night after Brown's death, managers have removed ammunition from shelves as a precaution.

The move to make the ammo less visible apparently did not deter customers. A manager said Monday that the store had sold most of its supply of bullets.

In September, CBS St. Louis reported that Missouri legislators passed a law that would allow prospective gun owners to apply for conceal-and-carry permits at an earlier age. The bill lowered the age to apply for a conceal-and-carry permit from 21 to 19. It also prohibits cities from banning open carry laws and allows teachers and school administrators acting as school protection officers to carry firearms.

In 2007, Missouri repealed a law mandating that all handgun purchasers pass a background check. A study released earlier this year showed that in the five years after the repeal, firearm homicides in the state rose by 16 percent.

According to ProPublica, Missouri is not among the states that have passed a co-called "stand your ground" law which makes it easier for a person to shoot someone and avoid prosecution by saying they felt an imminent danger - whether or not the person who was shot was armed. The principle came under national scrutiny in the 2012 shooting of an unarmed Florida teenager, Trayvon Martin, by a neighborhood watch volunteer who was following the 17-year-old. George Zimmerman was acquitted last year after arguing self-defense.