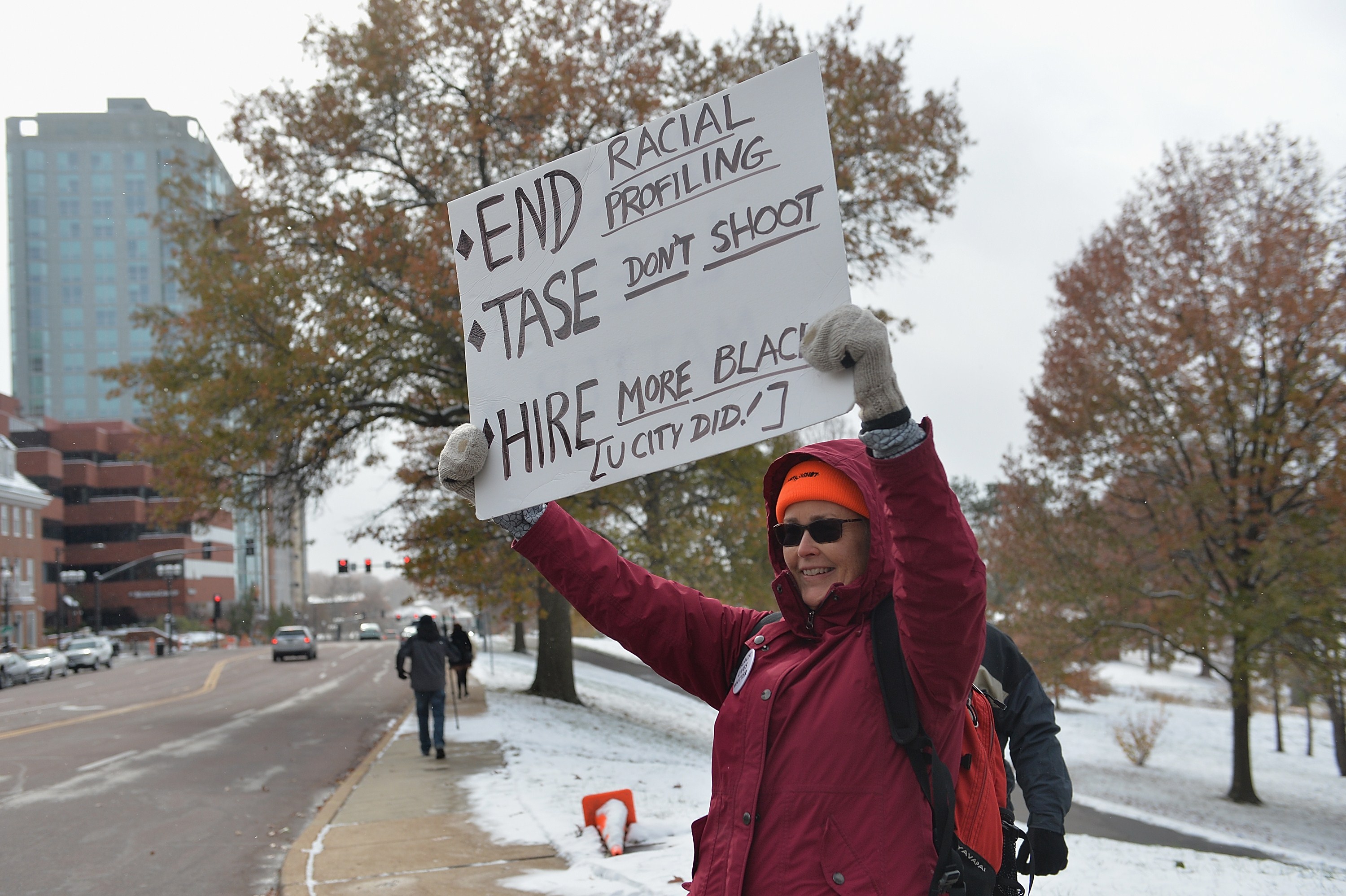 Activists in Ferguson, Missouri and nationwide are waiting to see whether a grand jury will indict police officer Darren Wilson for the killing of unarmed 18-year-old Michael Brown. The decision could set off major demonstrations, and Gov. Jay Nixon has pre-emptively activated the National Guard and declared a state of emergency for possible unrest.

The potential indictment, however, is simply one more step in a long, often uncomfortable conversation about justice and inequality sparked by Brown's death and the subsequent demonstrations. On Tuesday, Nixon announced the members of a 15- person commission he's created to consider how to fix the deep-seated problems that have led to the tension in Ferguson and the greater St. Louis community.

"Change of this magnitude is hard but maintaining the status quo is simply not acceptable," Nixon said Tuesday. Specifically, the commission is tasked with tackling law enforcement community relations and disparities in areas like education, housing, transportation and health care.

The reforms Nixon may have in mind are substantial enough that he's giving the commission until September 2015 to issue specific recommendations. The governor insisted that the lengthy deadline doesn't amount to foot-dragging. He pointed out that the state is already embracing some reforms -- police officers have undergone thousands of hours of special training to handle demonstrations, while his administration already has plans to help connect young people with summer jobs next year.

"A myriad of things have been going on to strengthen the response and protect people's right to speak," Nixon said. "But I do think it is important to have this independent commission be able to look at the deeper issues that need to be dealt with structurally."

The recommendations from the commission -- which includes religious leaders, law enforcement leaders and youth activists, among others -- should send "a clear clarion call for the need for action for long term issues," the governor said.

Furthermore, he added, "It's also my expectation the commission will not hesitate to make recommendations for positive steps that can and should be taken prior to the release of its report."

For the activist groups organizing demonstrators ahead of the grand jury decision, the sort of reforms needed are clear. The Don't Shoot Coalition, a collection of dozens of activist groups, has compiled a list of demands that includes justice for Michael Brown and independent investigations into other allegations of excessive police force. It calls for an end to racial profiling in the St. Louis region, civilian oversight of police practices and ongoing initiatives to ensure law enforcement departments represent their respective communities.

The group Hands Up United also has a list of demands that specifically includes the de-escalation of militarized policing of protesters, the firing of Ferguson Police Chief Thomas Jackson and the appointment of a special prosecutor to take the case out of the hands of County Prosecutor Robert McCullough. The group is also calling for more action on the national level, including a visit to Ferguson from President Obama.

Some Ferguson-based activists are attempting to mobilize more civic action among the African-American community, but as with the policy reforms, political change is slow in coming.

Michael Brown's death and the subsequent unrest in Ferguson became a flashpoint in the election of the St. Louis County Executive, with a group of African-American leaders throwing their support behind the Republican candidate. The Democrat in the race, Steve Stenger, lost their support because he backed County Prosecutor Robert McCullough. However, as Reuters reported, the turnout of Ferguson voters in the County Executive race was relatively low, and Stenger managed to win by a small margin.

Now activists have an eye on the three Ferguson city council seats that will be on the ballot next year. Even though two-thirds of residents in the town of 21,000 are black, just one of six city councilmembers is African-American.

In the meantime, local leaders are working with federal officials from the Justice Department to improve community relations with law enforcement. Attorney General Eric Holder has been deeply engaged in the efforts, and last week he participated in a call with Missouri officials to thank them for their preparations for protests. Holder stressed that going forward, "it will be more important than ever that the law enforcement response to the demonstrations always seek to deescalate tensions and respect the rights of protestors," according to a statement from the Justice Department.

The attorney general declined to say when the Justice Department will wrap up its own civil rights investigation into the Ferguson Police Department.