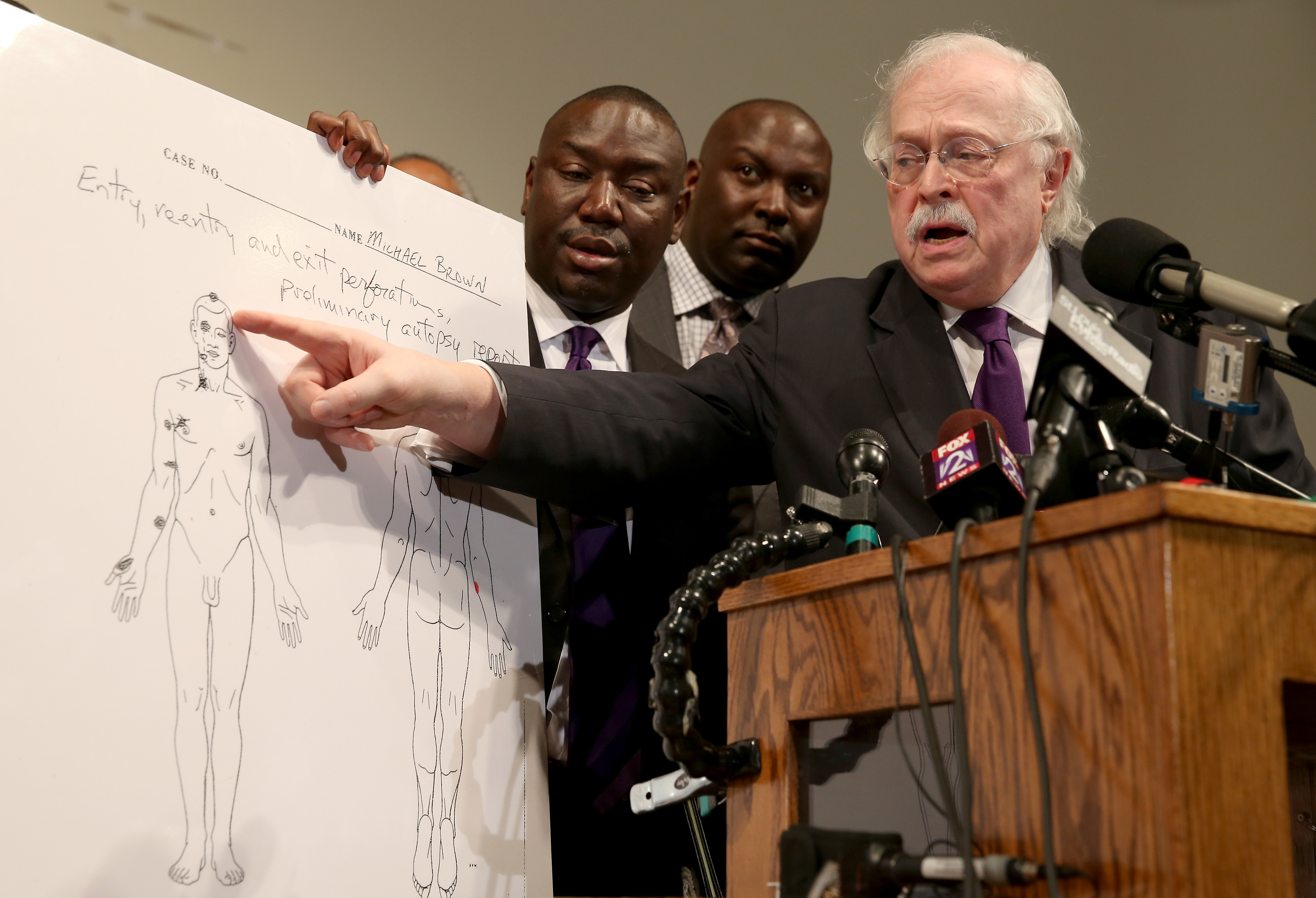 ST. LOUIS -- A private forensic pathologist hired by the family of Michael Brown will testify before the grand jury deciding whether to charge police officer Darren Wilson in the shooting death of the Missouri teen, a Brown family attorney said Wednesday.

Former New York City Chief Medical Examiner Dr. Michael Baden, who was hired by the Brown family in August to perform an autopsy on the 18-year-old, will testify Thursday, according to attorney Benjamin Crump.

Crump said Michael Brown's parents are pleased that Baden will testify, but skeptical about the objectivity of the process.

"Their reaction was that they want the jury to hear from an independent witness not associated or controlled by the police department," Crump said. "They feel that all the local authorities are going to work together to try to exonerate the killer of their child."

Baden's autopsy determined that Michael Brown was shot at least six times, including twice in the head. His report found that there was no gunpowder residue on Brown's body, indicating he was not shot at close range.

The autopsy contradicted a St. Louis County medical examiner's report, obtained by the St. Louis Post-Dispatch, which found that one of the wounds Brown sustained -- to his thumb -- was at close range.

Brown's parents are in Geneva, Switzerland, where the U.N. Committee Against Torture is hearing testimony this week about U.S. policies.

Brown was shot in the St. Louis suburb of Ferguson on Aug. 9 after Officer Wilson, who is white, ordered Brown, who was black, and a friend to stop walking in the street.

The shooting led to sometimes violent protests and the St. Louis region is bracing for renewed unrest once the grand jury decision is announced.

Activists want Wilson charged with murder, but the grand jury could choose manslaughter or no charges at all.

Tension has been fueled by leaks suggesting the grand jury, which has been meeting since Aug. 20, has already made a decision.

McCulloch on Monday called the leaks "rank speculation" and said the grand jury was still hearing evidence. A decision is expected this month.

Sneak peek: What Happened to the Perfect Child?