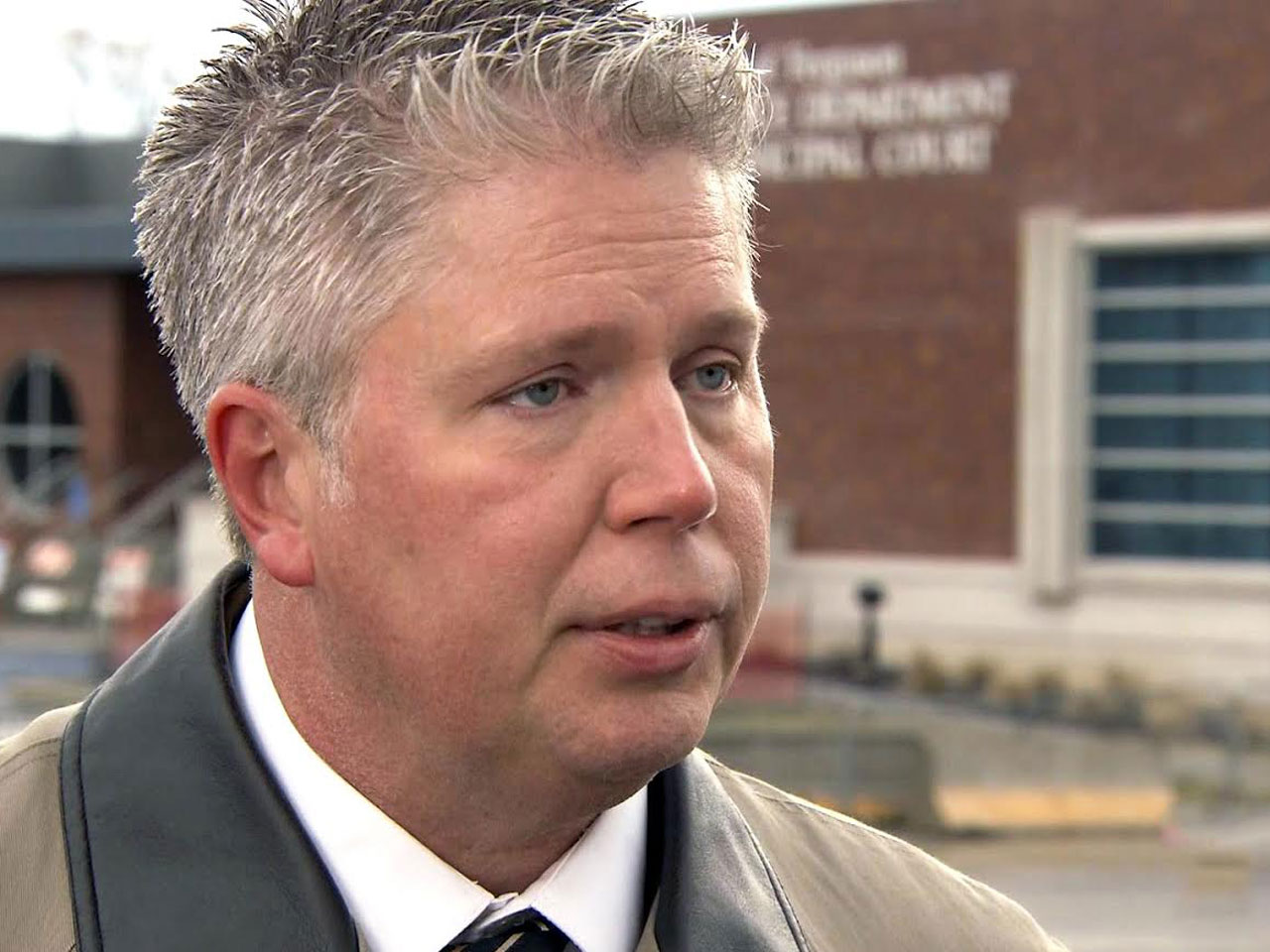 After criticizing five NFL players for a pre-game gesture showing solidarity with Ferguson protesters, a St. Louis County Police Officers Association spokesman said law enforcement does not need to be changed in the wake of the killing of unarmed teen Michael Brown by white cop Darren Wilson.

The incident has set off waves of protests nationwide and calls for widespread reform to policing.

"Whatever has happened in America to cause these feelings of resentment, it's not a failure of law enforcement," St. Louis Police Officers Association business manager Jeff Roorda told CBS News correspondent Vladimir Duthiers. "It's a political failure, and it's an economic failure and we don't feel that should be pinned on the chest of Darren Wilson or law enforcement, more broadly."

Roorda said it's not on police to fix the problems that led to the resentment.

Earlier, Roorda gained notice for his criticism of five players from the St. Louis Rams who held their arms aloft during pre-game introductions in a "hands up" gesture popular with Ferguson protesters.

He called the gesture "tasteless, offensive and inflammatory" to police officers nationwide. While many have said Brown had his hands up when he was shot by Wilson, Roorda said the evidence presented to a grand jury that chose to not indict Wilson indicated otherwise.

"It is unthinkable that hometown athletes would so publicly perpetuate a narrative that has been disproven over and over again," Roorda said.

Although Roorda said his organization had called on the NFL to apologize and punish the players in question, the NFL released a statement Monday indicating they would not do so.

In its statement on Monday, a NFL spokesman said only: "We respect and understand the concerns of all individuals who have expressed views on this tragic situation."

Roorda is a Missouri State Representative and a retired police officer. He lost a bid for a state senate seat in 2014.

Missouri State Sen. Maria Chappelle-Nadal released this statement to CBS News reacting to Roorda's comments, saying, "Mr. Roorda seems like a very angry man. Perhaps it is because he lost his Senate race in a Democratic district this last November."

"Furthermore, it is interesting that Mr. Roorda wants to limit the free speech of professional football players, when he and I both strongly support police officers and fire fighters having the right to free speech while off duty," Chapelle-Nadal said. "Mr. Roorda is bitter. Instead of limiting free speech he should give more hugs to people that are not as privileged as himself. The world needs more love and hopefully America will join me in praying for the man to become more compassionate."