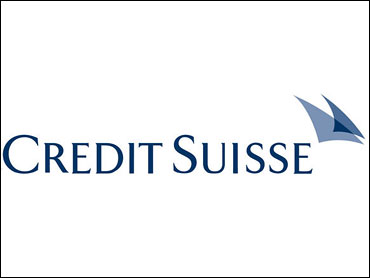 Federal authorities are expected on Wednesday to file charges against several former Credit Suisse (CS) traders for allegedly misleading investors about the price of mortgage securities. If criminal charges are brought, the legal action would represent a rare instance of the U.S. government prosecuting financial professionals for practices widely linked with the housing crash.

A case would be among the government's first criminal prosecutions involving a bank's valuation of complex securities called collateralized debt obligations, or CDO's, which are created from bundles of mortgage bonds. The securities contributed to the inflating housing bubble and its subsequent collapse, which brought about the financial crisis of 2008.

One of the Credit Suisse employees implicated in the case, former trader David Higgins, has surrendered to the FBI, according to the Wall Street Journal. The Swiss banking giant fired him and three other traders after they allegedly inflated the price of CDOs in order to boost their compensation. Credit Suisse was forced in 2008 write down its earnings by $2.8 billion because of the scheme, which the company blamed at the time on "intentional misconduct by a small number of traders."

Yet while the Manhattan U.S. Attorney's Office may proceed with a criminal case against the traders, reports suggest no charges will be filed against Credit Suisse. The SEC has fined the investment bank and other Wall Street firms for their part in selling billions of dollars worth of CDOs -- or pools of mortgage-backed securities -- in the years leading up the housing crash.

In the largest of these settlements to date, Goldman Sachs (GS) in 2010 agreed to pay $550 million to resolve charges that it misled investors who had bought CDOs from the firm. Citigroup (C) last year struck a deal with securities regulators to pay $285 million to end similar allegations, although a federal judge has challenged the settlement. The agency in October accused Credit Suisse of abetting Citi in defrauding CDO investors. The Swiss bank agreed to pay $2.5 million to settle the case.

Since the financial crisis, banking industry critics have pressed the Obama administration to get tougher on Wall Street firms. No top banking executive has faced criminal charges in connection with the mortgage meltdown, with prosecutors instead focusing on a handful of lower-level employees.

The powers that be are in the process of seeing how they can burnish their "tough on bank crime" credentials while not ruffling anyone really important.....

So here we have an almost four year lapse in filing charges against... two low level employee-miscreants that allegedly produced $2.8 billion in losses. And the clever bit here is that even though no one now expects the employees to be able to shift blame to management, as in prove that their conduct was sanctioned, or at least not hidden, it will be a foreign bank and not an American one that would be embarrassed by the revelations.