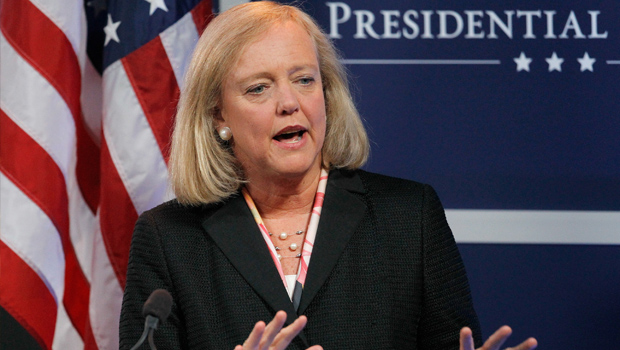 WASHINGTON The Justice Department alleged Friday that Meg Whitman, the former CEO of eBay (EBAY), was intimately involved in making an anticompetitive agreement that prohibited eBay and Intuit (INTU) from hiring each other's employees.

In a lawsuit, the government said Whitman and Scott Cook, Intuit's founder and executive committee chair, were involved in forming, monitoring and enforcing the anticompetitive agreement.

Cook was a member of eBay's board of directors at the same time he was making complaints about eBay's recruiting of Intuit employees.

"eBay's agreement with Intuit hurt employees by lowering the salaries and benefits they might have received and deprived them of better job opportunities at the other company," said acting Assistant Attorney General Joseph Wayland, who is in charge of the Justice Department's antitrust division. The division "has consistently taken the position that these kinds of agreements are per se (on their face) unlawful under antitrust laws."

The lawsuit seeks to prevent eBay from enforcing the agreement and from making similar agreements with other companies.

According to the complaint filed in federal court in San Jose, California, the agreement was in place from 2006 to 2009. Intuit is already subject to a settlement barring it from making such agreements.