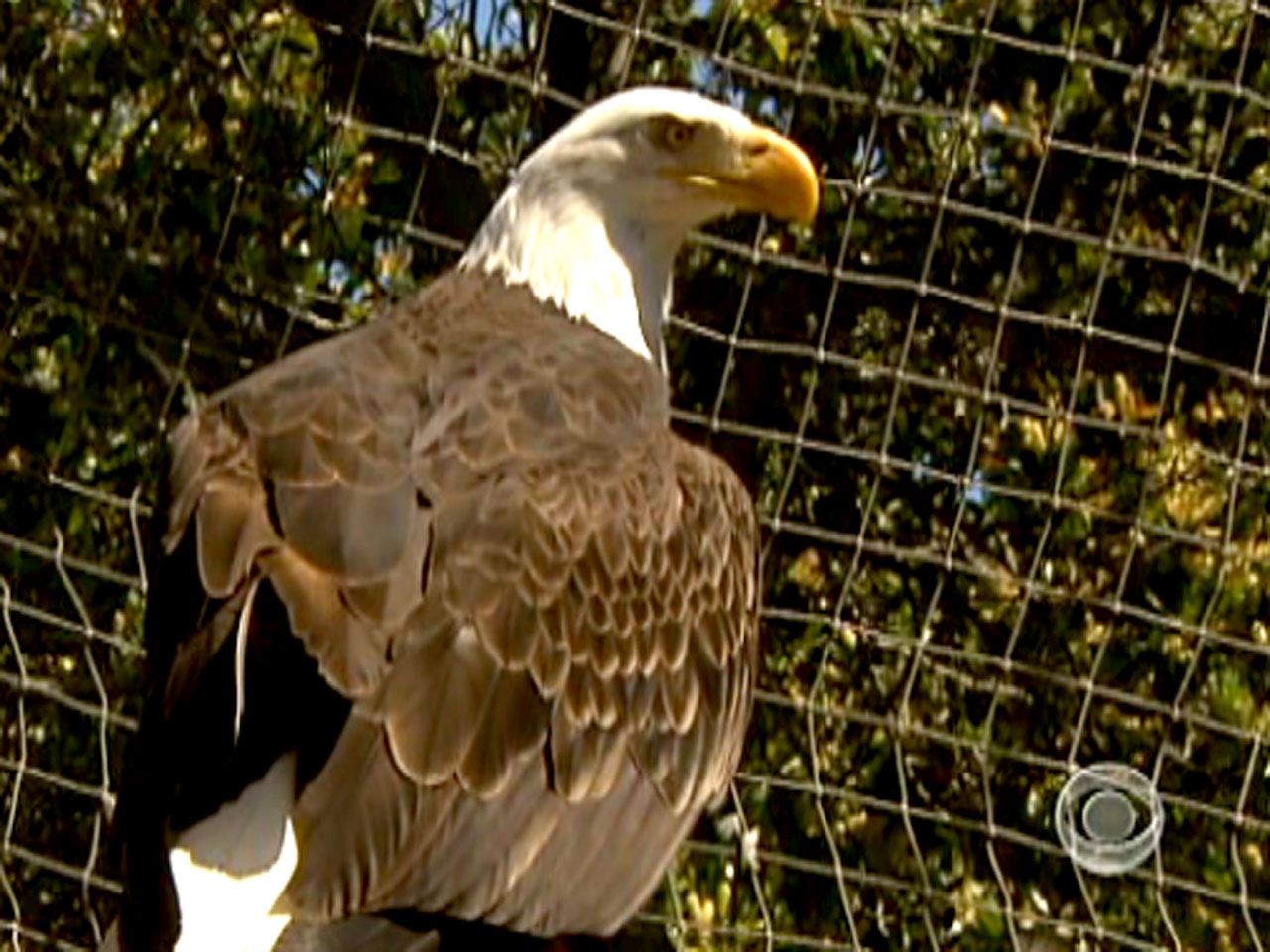 The agency's decision comes after the Northern Arapaho Tribe in Wyoming filed a federal lawsuit last year contending the refusal to issue such permits violates tribal members' religious freedom. Although thousands of American Indians apply for eagle feathers and carcasses from a federal repository, permits allowing the killing of bald eagles are exceedingly rare, according to both tribal and legal experts on the matter.

"I've not heard of a take permit for a bald eagle," Steve Moore, lawyer with the Native American Rights Fund, or NARF, in Boulder, Colo., said Tuesday. "I see it and NARF would see it as a legitimate expression of sovereignty by the tribe, and respect for that sovereignty by the Fish and Wildlife Service."

Federal law prohibits the killing of bald eagles, the national bird, in almost all cases. The government keeps eagle feathers and body parts in a federal repository and tribal members can apply for them for use in religious ceremonies.

The bald eagle was removed from the federal list of threatened species in 2007, following its reclassification in 1995 from endangered to threatened. However, the species has remained protected under the federal Bald and Golden Eagle Protection Act.

The Fish and Wildlife Service in 2009 stated in a report that it had never issued a permit for the killing of bald eagles to that time. The report states the government had issued permits for the Hopi Tribe in Arizona to take golden eagles since the mid-1980s.

Diane Katzenberger, spokeswoman for the Fish and Wildlife Service in Denver, said no one in the agency was available who could say immediately whether a permit allowing the killing of a live bald eagle had been issued since 2009.

It's been nearly three years since the Arapaho tribe filed an application for a permit to kill eagles, said Andy Baldwin, lawyer for the tribe, adding that he believed the Northern Arapaho would not have received the permit without going to court.

He revealed in a legal filing this week that the federal agency had issued the permit on Friday.

Federal lawyers filed a status report in the lawsuit on Tuesday saying that the Eastern Shoshone Tribe had opposed the killing of eagles on the Wind River Indian Reservation, which the two tribes share in central Wyoming. The report states that the federal permit will allow the Northern Arapaho to kill up to two bald eagles off the reservation.

An attempt to reach Jim Shakespeare, a plaintiff in the lawsuit and chairman of the Northern Arapaho Business Council, for comment on Tuesday was unsuccessful. It was unclear whether issuing the permit will prompt the tribe to drop its lawsuit. A federal judge has scheduled a conference in the lawsuit for mid-April.

Flied late last year, the lawsuit is essentially the continuation of a bitter legal fight that followed after tribal member Winslow Friday killed a bald eagle without a permit in 2005 for use in his tribe's Sun Dance. Friday shot the eagle on the Wind River Indian Reservation.

William Downes, then a federal judge in Wyoming, dismissed the charge against Friday in 2006 saying it would have been pointless for him to apply for a permit. Downes said the federal government generally refuses to grant permits to tribal members to kill eagles even though federal regulations say such permits should be available.

"Although the government professes respect and accommodation of the religious practices of Native Americans, its own actions show callous indifference to such practices," Downes wrote.

Federal prosecutors appealed Downes' decision and a federal appeals court reinstated the criminal charge against Friday. After the U.S. Supreme Court ultimately refused to hear his case, Friday pleaded guilty in tribal court and was ordered to pay a fine.

Baldwin said the tribe's lawsuit against the Fish and Wildlife Service was directly related to the government's prosecution of Friday.

"One of the goals of the current suit is to prevent any young men like Winslow Friday from being prosecuted in the future for practicing their traditional religious ceremonies," Baldwin said.

Senior members of the Northern Arapaho Tribe appeared at an appeals court hearing court in Denver in late 2007 in support of Friday. Nelson P. White Sr., then a member of the Northern Arapaho Business Council, said after the hearing that the birds American Indians receive from a federal depository were rotten, or otherwise unfit for use in religious ceremonies.

"That's unacceptable," White said after the court hearing. "How would a non-Indian feel if they had to get their Bible from a repository?"