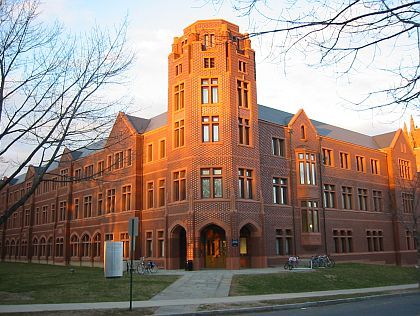 The U.S. Department of Education's Office for Civil Rights confirmed Friday that it has begun investigating the school. The office gets about 7,000 complaints per year and investigates about one-third of them.

The complaint, sent March 15, alleges that the university failed to respond promptly or effectively to incidents of harassment, resulting in the denial of equal opportunity to education, the office said.

The students cite incidents in which fraternities held up a sign "We love Yale sluts" outside a women's center and chanted "no means yes" on campus last fall. They also say incoming female freshmen were ranked on attractiveness.

The complaints also include allegations that Yale failed to adequately respond to reports of rape or attempted rape and stalking, said Alexandra Brodsky, a Yale junior who is one of the 16 complainants. She would not disclose the number of complaints or the documentation the students filed.

Brodsky said the students and former students who signed the complaints were "really frustrated and disappointed that Yale again and again fails to respond to both public and private acts of sexual harassment and assaults which creates an environment in which women feel devalued."

"It creates barriers to these women participating in all aspects of Yale life and it perpetuates an environment in which these sort of acts are ok," Brodsky said.

Yale said it will cooperate with the investigation and takes such allegations "extremely seriously." Yale officials said they can't respond to the complaint because they have not received it.

Brodsky said the office of civil rights will perform what they call a "climate check" by interviewing complainants, other students, faculty and administrators.