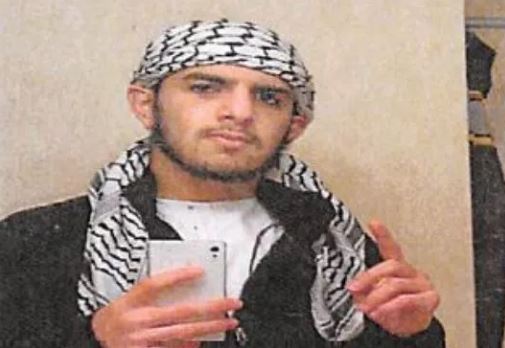 INDIANAPOLIS -- Federal authorities have arrested a suburban Indianapolis teenager accused of trying to join the Islamic State of Iraq and Syria (ISIS).

Prosecutors say FBI agents arrested 18-year-old Akram Musleh of Brownsburg while he tried to board a bus from Indianapolis to New York, where he was to fly to Morocco and on to territory controlled by ISIS.

A criminal complaint alleges Musleh intended to provide material support to the terror group by joining it.

Spokesman Tim Horty of the U.S. Attorney's office says Musleh had an initial hearing in federal court Tuesday on a charge of providing material support to ISIS. Horty says Musleh is in the custody of federal marshals at an undisclosed location.

Musleh first came to attention of law enforcement in August 2013 after posting three videos of Anwar Al-Awlaki to YouTube. The FBI met with him at his high school, and he said that a family member had introduced him to videos, according to court documents. Following his interview, the court docs allege the school and the FBI took steps to "dissuade Musleh from engaging in radical extremism."

According to docs, the teen purchased an ISIS flag around September 2014. Around June 17, 2015, he was photographed posing in front of the flag. The pictures are included in court docs.

Most recently, a confidential source made contact with the teen in May 2016 and confirmed his plans to travel overseas to join ISIS.

He also has a fiancé who is an ISIS sympathizer living in Sweden, according to documents.

Musleh's attorney, Michael Donahoe, said he has no comment on the case.