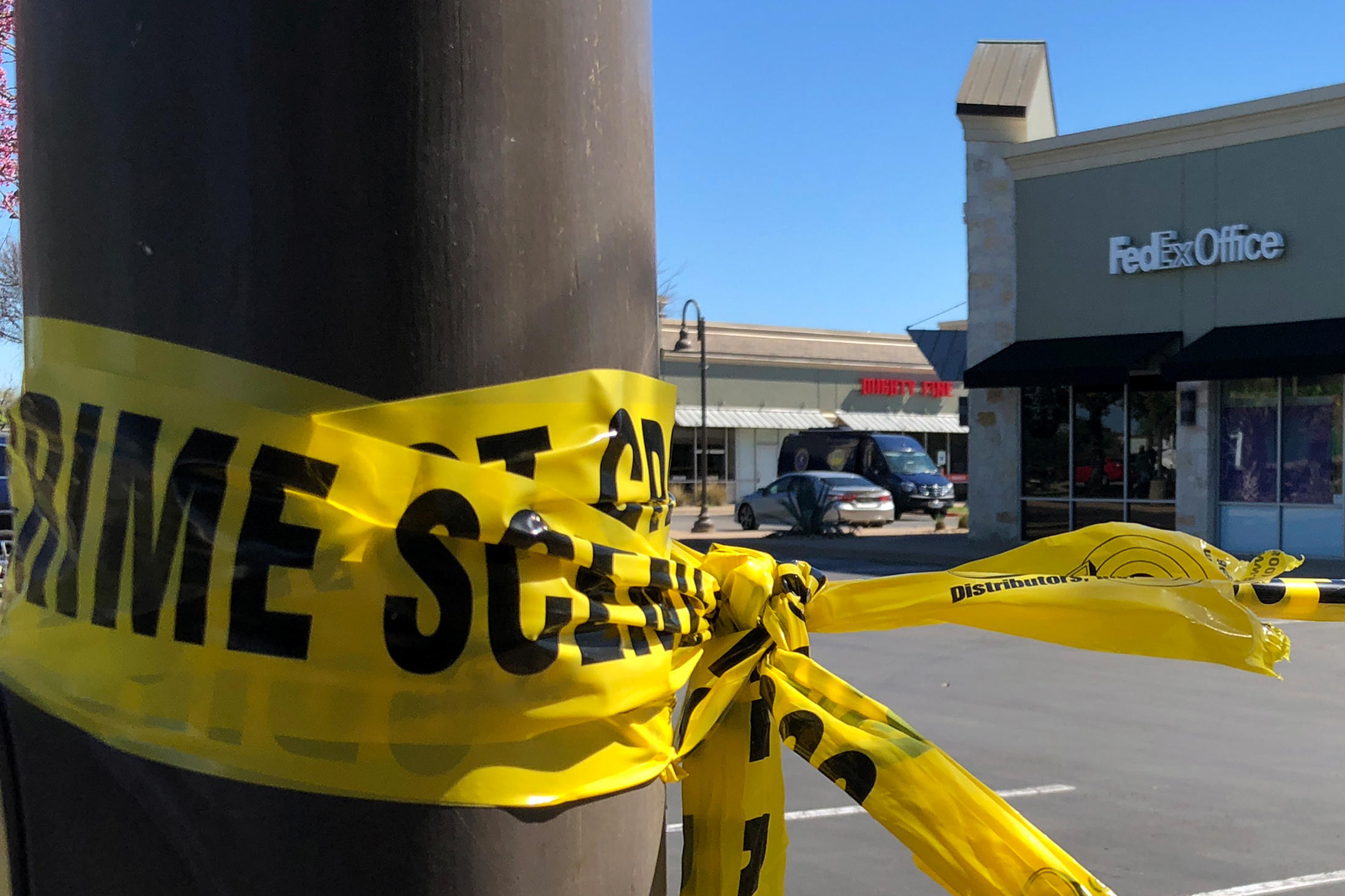 AUSTIN, Texas -- A "serial bomber" struck again Tuesday at a FedEx facility in Schertz, Texas, located between Austin and San Antonio. The time there were no serious injuries, but there have been fatalities in a string of bombings in Texas' capital this month. Now federal officials are saying the latest incident is now connected to the previous explosions.

Investigators have an important new clue in the hunt for the suspect or suspects who have killed two people and injured four: a package that did not blow up.

"There were nails and metals in the bomb. Package was going to Austin," a dispatcher can be heard saying.

Agents from the FBI and Bureau of Alcohol, Tobacco, Firearms and Explosives (ATF) who were working 60 miles away in Austin immediately arrived to investigate.

"A package had been traveling along the automated conveyer when it had exploded," Schertz Police Chief Michael Hanson said.

Later Tuesday morning, a second suspicious package was located at another FedEx facility near Austin and was "disrupted by law enforcement."

FedEx released a statement saying the suspect shipped "a second package that has now been secured and turned over to law enforcement."

So far there have been three type of bombs in Austin: hand delivered, tripwire and delivered.

"Bomb makers have a signature in their device where you will find commonalities between multiple devices that they've built," Sherrow said. "So we look for those signatures and similarities."

"This is obviously a very sick individual or individuals," and authorities are "working to get to the bottom of it."

The prior explosion happened in an Austin neighborhood. The bomb blew up next to a fence where bicyclists triggered a tripwire. There was a divot left by the blast, and just a few feet away there is still some blood on the ground. The force of the blast sent shrapnel flying, hitting a tree and leaving a sizable hole in the fence.

"Starting today we decided to anything that is already sealed up and package we are going to open it up and inspect and make sure that there isn't anything problematic inside," Altsman said.

CBS News has learned that there are surveillance video at a FedEx store where one of Tuesday's packages were mailed and authorities could be reviewing the footage.

There is a reward of up to $100,000 for information that leads to the arrest and conviction of person(s) responsible for these incidents. An additional $15,000 reward has been offered separately through Texas Crime Stoppers.