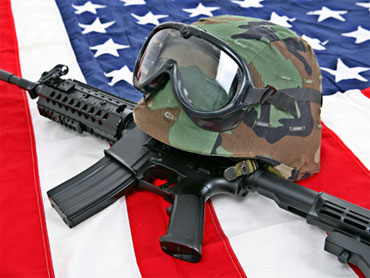 Officials lifted a lockdown that lasted a little more than an hour at a Naval air base in Lakehurst Monday morning, after a FedEx truck driver entering the base was found with a handgun, CBS Station WCBS reports.

The lockdown went into effect about 9:15 a.m. on the 42,000-acre Naval Air Systems Command base (NAVAIR) at the Joint Base McGuire-Dix-Lakehurst.

When the driver was asked if he had a weapon, he said he did, so he was turned away after having been given a citation, according to Lt. Carlyn Glover.

No shots were fired.

A second incident occurred at a non-commercial gate, though there's no word as to what happened at that gate. Since there were two incidents, the gates were closed out of precaution, Glover said.

No one was allowed to leave or enter the base during the lockdown. The Dix and McGuire portions of the base were not affected.

The base is a tri-service military installation, combining Fort Dix, the McGuire Air Force Base, and the NAVAIR base, formerly known as the Naval Air Engineering Station Lakehurst.

The NAVAIR Lakehurst base is the same site where the Hindenburg crashed in 1937. It currently employs about 3,500 people worldwide and is located about 75 miles south of New York City.