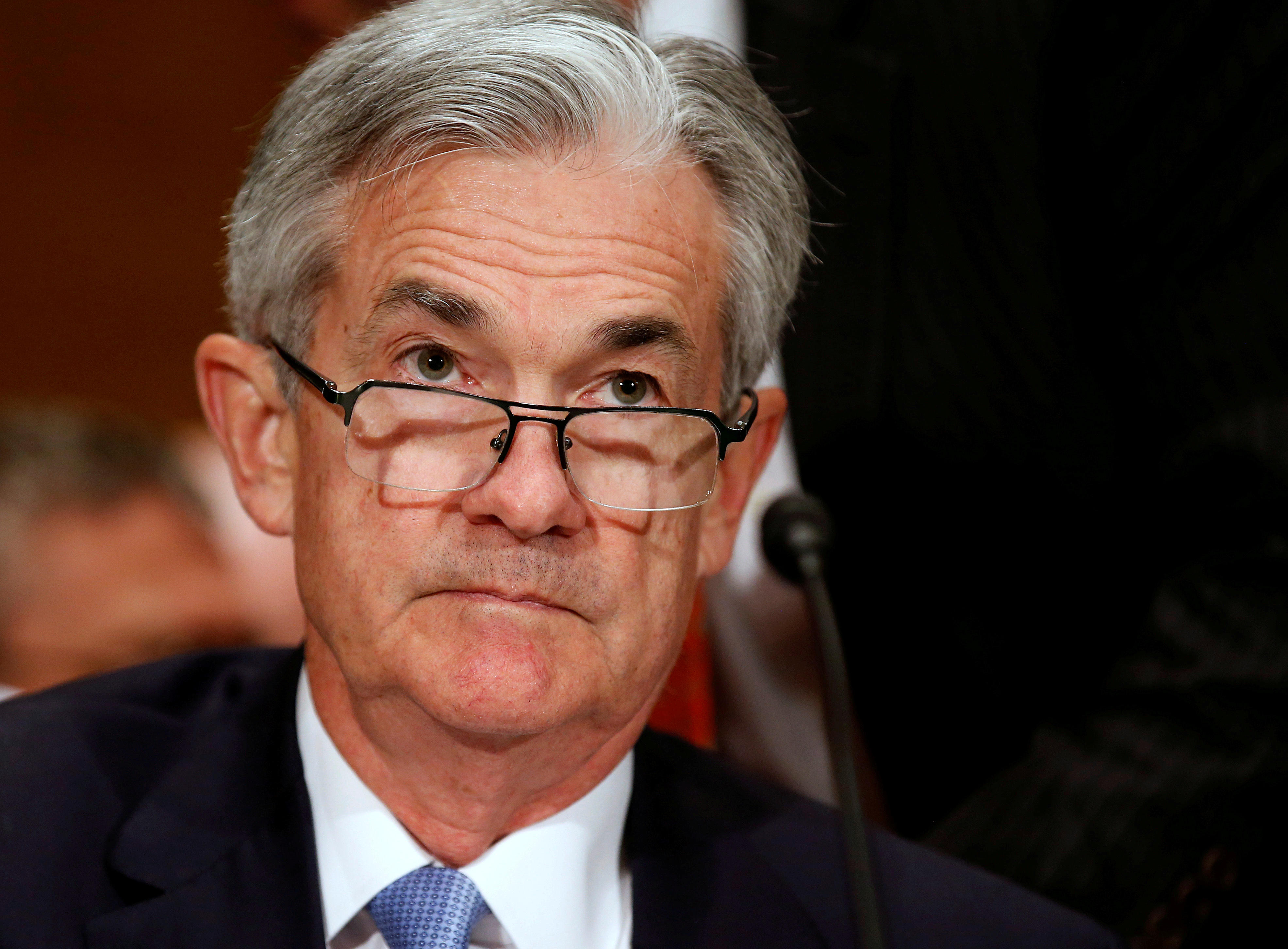 WASHINGTON — The Federal Reserve says it expects the ongoing strength of the U.S. economy to drive gradual increases in interest rates this year, delivering the same steady-as-it-goes message under new leader Jerome Powell as it had provided under Janet Yellen.

The Fed's projection on rate hikes came with the Friday release of its semi-annual monetary report to Congress. Powell will testify on the report before the House Financial Services Committee next Tuesday, his first public appearance since he took over as chairman earlier this month.

The report stated that the Fed expects steady economic gains will warrant "further gradual increases" in the Fed's benchmark rate. But it said the rate was likely to remain low enough to stimulate the economy over the next two years.

The Fed's key policy rate is currently in a range of 1.25 percent to 1.5 percent. The Fed raised rates three times last year, with the most recent hike occurring in December.

In December 2008, the Fed had pushed the rate to a record low near zero, as it struggled to contain a severe financial crisis and the deepest economic downturn since the Great Depression of the 1930s. It kept the rate unchanged for seven years until December 2015 and since that time has boosted the rate in five tiny quarter-point moves, including last year's hikes.

At the December 2017 meeting, Fed officials signaled that they expected to raise rates another three times in 2018. However, investors have grown concerned that signs of rising wages and inflation pressures might prompt the central bank to speed up the  hikes.

Those fears were one of the factors leading to a series of stomach-churning days in the stock market earlier this month, a sell-off that began after the Labor Department reported that wage gains had accelerated in January.

The policy report released Friday noted that stock prices had declined after hitting record highs in January. It partially attributed the strong stock gains last year and into January to investor anticipation of a boost to after-tax earnings from corporate tax cuts that were included in the tax bill Congress passed in December.

The report noted that even with the sell-off in recent weeks, the valuation of stocks, judged by the stock price related to company earnings, remained near the highest levels seen since the late 1990s.

Many economists now believe the Fed will end up raising rates four times this year with the first hike likely to come in March, which will be Powell's first meeting as chairman. Yellen presided at the January meeting, which occurred before the market turmoil, and the Fed left rates unchanged.

However, minutes of that meeting released on Wednesday indicated that Fed officials in their two days of discussions expressed the view that prospects for the global economy were brightening. The development, combined with the stimulus expected from the U.S. tax cuts passed in December, had raised prospects for solid growth in 2018 and further interest rate increases.