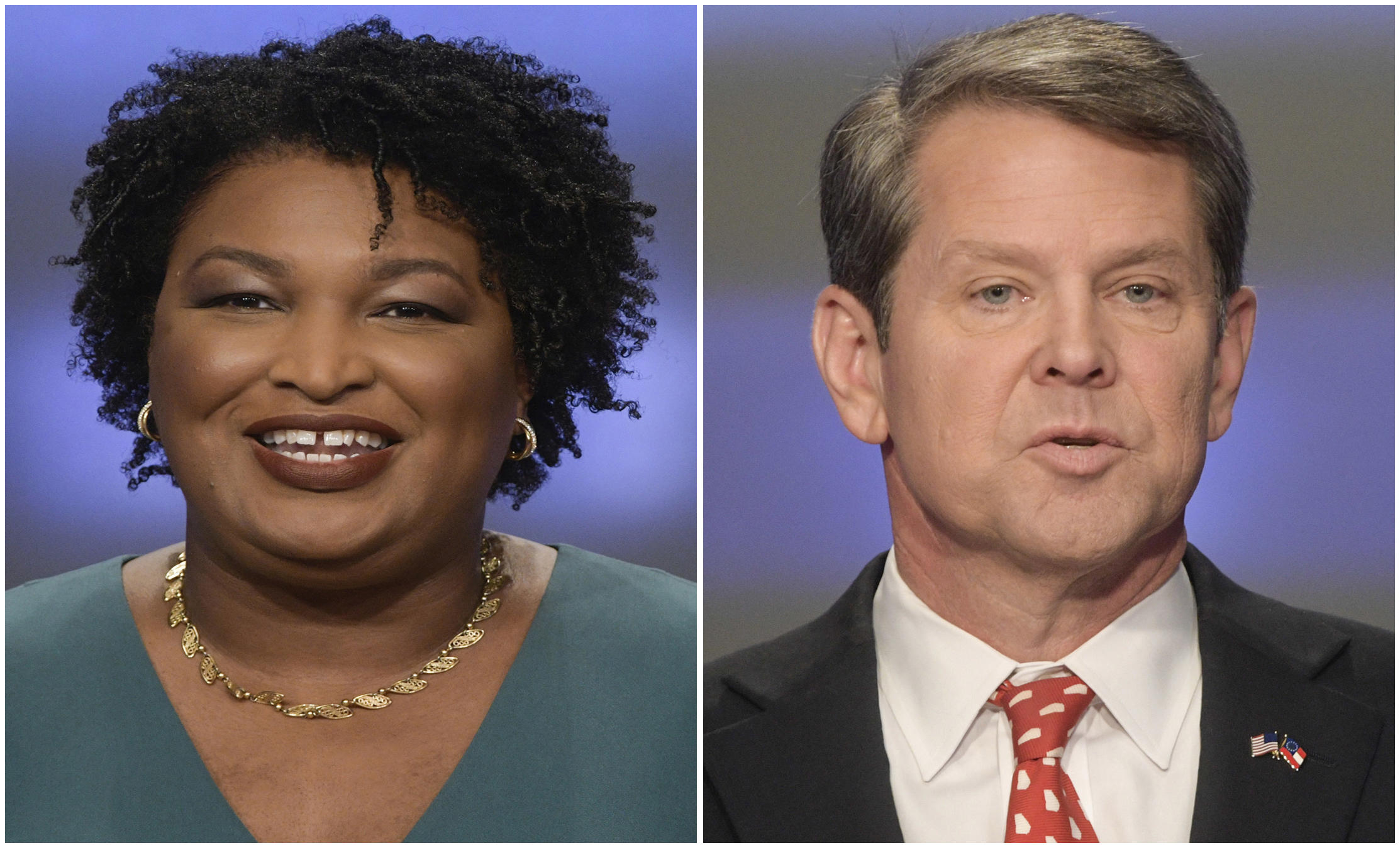 Georgia must make it easier for voters flagged as potential noncitizens to prove their U.S. citizenship at the polls, a federal judge ruled Friday in an injunction ordering the state to change its procedure just four days before Election Day.

A spokeswoman for state Attorney General Chris Carr did not immediately say whether the state would appeal. Spokeswoman Katie Byrd said state attorneys were reviewing the order.

The injunction by U.S. District Court Judge Eleanor L. Ross addresses a specific issue that arose from a broader lawsuit by civil rights groups who in October filed a broader challenge to Georgia's "exact match" verification process. The state requires identification information on voter registration applications to precisely match information already on file with the Georgia Department of Driver Services or the Social Security Administration.

Some mismatches are triggered by variations in a name, like a dropped hyphen, or because of data entry errors. Other people are flagged as potential noncitizens, often because the state driver's license database hasn't been updated to reflect their naturalization. Roughly 51,100 Georgians have been flagged as ineligible to vote because of such registration problems.

The judge ruled the state unfairly burdens about 3,100 possible voters whose registration was flagged for citizenship issues, because only a deputy registrar is allowed to clear them to vote a regular ballot when the voters show proof of citizenship at the polls. She noted voters flagged for issues other than citizenship can be cleared by any poll worker after showing a photo ID.

"This raises grave concerns for the Court about the differential treatment inflicted on a group of individuals who are predominantly minorities," Ross' order said. "... The election scheme here places a severe burden on these individuals."

She ruled that Georgia must immediately start allowing poll managers, in addition to deputy registrars, to clear flagged voters who show proof of citizenship.

The lawsuit says the "exact-match" policy disproportionately affects black, Latino and Asian-American applicants trying to register. It was filed against Secretary of State Brian Kemp, the state's top elections official and the Republican candidate for governor. He's locked in a tight, nationally watched race against Democrat Stacey Abrams, who is trying to become the nation's first black female governor. Abrams has accused Kemp of engaging in voter suppression, which he has denied.

Kemp's office has been allowing voters flagged over citizenship issues to cast ballots after showing proof of citizenship, such as a U.S. passport, at the polls. In cases where a deputy registrar isn't available to clear the voter in person and can't be reached by phone, flagged voters were to be given provisional ballots marked with a poll worker's note that the voter showed proof of citizenship.

In a statement, Kemp spokesperson Candace Broce said that the secretary of state approved of the ruling.

"Earlier today, Judge May recognized that changing existing election procedures at the last minute is a terrible idea. There are already processes in place for individuals to rectify any issues to cast their ballot. We agree with the Judge's decision. In a separate ruling, Judge Ross acknowledged that Georgia already has a process in place to check citizenship at the polls. She decided to also allow poll managers to participate in the verification process. It is a minor change to the current system," Broce said.

Cristina Correia, a lawyer for the state, said at a hearing on the issue Monday that those provisional ballots would be counted with no further action required by the voter.

Julie Houk, a lawyer for the civil rights groups, said that's not what's happening. She told the story of a recently naturalized citizen who went to a Fulton County early voting location where there was no deputy registrar present. The poll manager didn't send the man's citizenship proof to a deputy registrar to clear the flag, Houk said, and he wasn't offered a chance to vote on a provisional ballot to be counted as a regular ballot.

The judge said in her order that the man's troubles voting came "after he had already submitted proof of citizenship with his voter registration application. This is beyond the merely inconvenient."