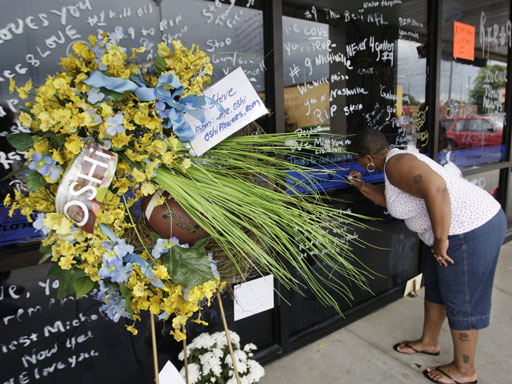 A federal judge declared the reciting of the Pledge of Allegiance in public schools unconstitutional Wednesday, a decision that could put the divisive issue on track for another round of Supreme Court arguments.

The case was brought by the same atheist whose previous battle against the words "under God" was rejected last year by the Supreme Court on procedural grounds.

U.S. District Judge Lawrence Karlton ruled that the pledge's reference to one nation "under God" violates school children's right to be "free from a coercive requirement to affirm God."

Karlton said he was bound by precedent of the 9th U.S. Circuit Court of Appeals, which in 2002 ruled in favor of Sacramento atheist Michael Newdow that the pledge is unconstitutional when recited in public schools.

CBS News Correspondent Wyatt Andrews reports that last year, the Supreme Court ducked a direct ruling because it said Newdow lacked custody of his daughter, he lacked the standing to sue. Newdow, an attorney, simply found two parents who do have custody and now he's back in business.

Newdow, an attorney and a medical doctor, filed an identical case on behalf of three unnamed parents and their children. Karlton said those families have the right to sue.

"Imagine every morning if the teachers had the children stand up, place their hands over their hearts, and say, 'We are one nation that denies God exists,"' Newdow said in an interview with AP Radio after the ruling.

"I think that everybody would not be sitting here saying, 'Oh, what harm is that.' They'd be furious. And that's exactly what goes on against atheists. And it shouldn't."

Karlton, ruling in Sacramento, said he would sign a restraining order preventing the recitation of the pledge at the Elk Grove Unified, Rio Linda and Elverta Joint Elementary school districts in Sacramento County, where the plaintiffs' children attend.

The order would not extend beyond those districts unless it is affirmed by the 9th Circuit, in which case it could apply to nine western states, or the Supreme Court, which would apply to all states.

The decision sets up another showdown over the pledge in schools, at a time when the makeup of the Supreme Court is in flux.

CBS News Legal Analyst Andrew Cohen says of the high court, "they have to rule on the merits, they have to make a decision one way or another to give guidance to all these lower courts and all these school districts."

In July, Sandra Day O'Connor announced her plans to retire when a successor is confirmed.

The Becket Fund, a religious rights group that is a party to the case, said it would immediately appeal the case to the San Francisco-based 9th U.S. Circuit Court of Appeals. If the court does not change its precedent, the group would go to the Supreme Court.

"It's a way to get this issue to the Supreme Court for a final decision to be made," said fund attorney Jared Leland.

The decisions by Karlton and the 9th Circuit conflict with an August opinion by the 4th U.S. Circuit Court of Appeals in Richmond, Va. That court upheld a Virginia law requiring public schools lead daily Pledge of Allegiance recitation, which is similar to the requirement in California.

A three-judge panel of that circuit ruled that the pledge is a patriotic exercise, not a religious affirmation similar to a prayer.

"Undoubtedly, the pledge contains a religious phrase, and it is demeaning to persons of any faith to assert that the words `under God' contain no religious significance," Judge Karen Williams wrote for the 4th Circuit. "The inclusion of those two words, however, does not alter the nature of the pledge as a patriotic activity."

Karlton, appointed to the Sacramento bench in 1979 by President Carter, wrote that the case concerned "the ongoing struggle as to the role of religion in the civil life of this nation" and added that his opinion "will satisfy no one involved in that debate."

Karlton dismissed claims that the 1954 Congressional legislation inserting the words "under God" was unconstitutional. If his ruling stands, he reasoned that the school children and their parents in the case would not be harmed by the phrase because they would no longer have to recite it at school.

"All it has to do is put the pledge as it was before, and say that we are one nation, indivisible, instead of dividing us on religious basis," Newdow said.

Terence Cassidy, a lawyer representing the school districts, said he was reviewing the opinion and was not immediately prepared to comment.