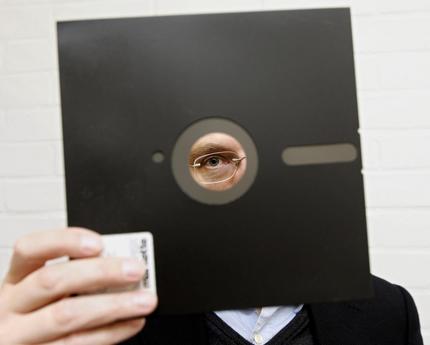 WASHINGTON -- The government is spending about three-fourths of its technology budget maintaining aging computer systems, including platforms more than 50 years old in vital areas from nuclear weapons to Social Security. One still uses floppy disks.

Despite a White House push to replace aging workhorse systems, the budget for modernization has fallen, and will be $7 billion less in 2017 than in 2010, said the Government Accountability Office. The report was provided to The Associated Press ahead of a House oversight committee hearing.

GAO said it found problems across the government, not just in a few agencies. Among those highlighted in the report:

Those findings echo a 2014 report on CBS News' "60 Minutes" highlighting the obsolete technology still being used at U.S. nuclear weapons facilities. Lesley Stahl spoke with two of the young Air Force personnel charged with monitoring and controlling nuclear missiles, including a 23-year-old who confessed that until she started the job, "I had never seen one of these [floppy disks]."

GAO estimates that the government spent at least $80 billion on information technology, or IT, in 2015. However, the total could be significantly higher. Not counted in the report are certain Pentagon systems, as well as those run by independent agencies, among them the CIA. Major systems are known as "IT investments" in government jargon.

"Legacy federal IT investments are becoming obsolete," GAO concluded. "The federal government runs the risk of continuing to maintain investments that have outlived their effectiveness and are consuming resources that outweigh their benefits."

The White House has been nudging agencies to identify obsolete systems and start replacing them, but GAO said that clearer, more specific goals and timetables are needed. A starting point could be recent legislation supported by the White House to create a revolving fund of $3 billion for replacing or upgrading older technology. It seems certain that President Barack Obama's successor will have to grapple with the issue.

"The federal government is years and in some cases decades behind the private sector," Rep. Jason Chaffetz, R-Utah, chairman of the House Oversight and Government Reform Committee, said in a statement. "Taxpayers deserve a government that leverages technology to serve them, rather than one that deploys insecure, decades-old technology that places their sensitive and personal information at risk."

How you react to this photo reveals your politics