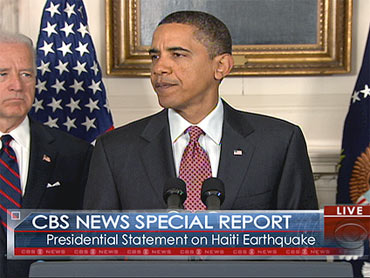 Here's another reason why your government isn't working to its optimum capacity: antiquated computer technology.

That's what Peter Orszag, director of the Office of Management and Budget at the White House, says.

In conjunction with the opening of a summit meeting between President Obama and business CEOs, Orszag complained that federal workers own better computers for their personal use than the ones the government equips them with during their work days.

"Twenty years ago, people who came to work in the federal government had better technology at work than at home," Orszag, said in a statement. "Now that's no longer the case.

More than fifty CEOs assembled at the White House to attend the "Forum on Modernizing Government" where, among other things, they offered suggestions on how to update the executive branch's IT systems. In his welcome, the president joked that Washington was "the city where I had to fight tooth and nail just to get a Blackberry,"

In a more serious turn, Mr. Obama said that improving the technology used by the government" isn't about having the fanciest bells and whistles on our websites - it's about how we use the American people's hard-earned tax dollars to make government work better for them."

He offered as an example the laborious way the U.S. Patent and Trademark Office processes patent applications. He noted that the vast majority - over 80% of patent applications are sent in electronically - the government still requires its employees to physically print and scan them before entering them into what President Obama called an "outdated case management system."

Last year the president appointed Vivek Kundra to the new post of Chief Information Officer in order to better oversee how government agencies use information technology.