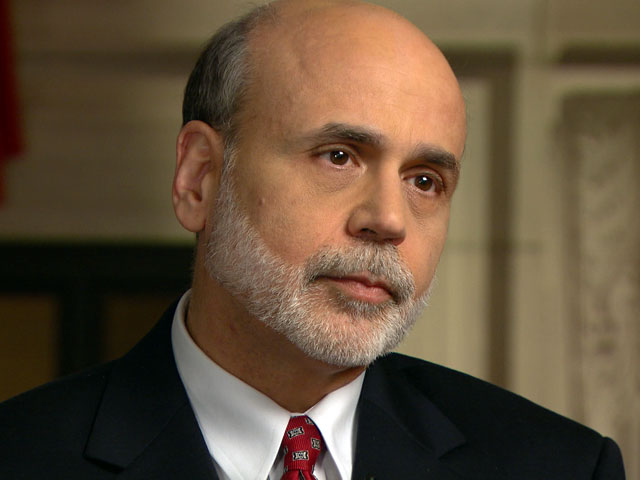 WASHINGTON -- The U.S. economy expanded in January and early February in all parts of the country, but businesses reported they are under pressure to raise their prices.

A Federal Reserve survey released Wednesday showed that all 12 of the Fed's regions reported growth at a "modest to moderate pace'' and it pointed to a pickup in job creation in each.

Retail sales picked up in 10 of the 12 regions, while falling in the Richmond and Atlanta areas. Factory activity rose in all districts except St. Louis.

Federal Reserve Chairman Ben Bernanke endured tough questioning from members of Congress on Tuesday and Wednesday about the threat of rising inflation. Lawmakers raised concerns that the Fed's $600 billion bond-purchase program is laying the groundwork for higher prices.

Those concerns have been heightened by recent run-ups in the price of oil, corn, wheat and other commodities.

Bernanke told members of Congress that higher oil prices, which have risen due to turmoil in the Middle East, would likely cause only a temporary and mild increase in inflation.

The U.S. economy has been growing for 18 months. But that expansion hasn't been enough to significantly lower the nation's unemployment rate, which was 9 percent in January. The federal government will release the February jobs report on Friday.

The Fed survey did note that the job market is picking up in all districts. Many districts reported improved hiring in the manufacturing and health care industries.

The survey also noted that wages remain steady in five districts and are rising only modestly in several others. Sluggish wage growth should act to restrain future price increases.

Harsh snowstorms in many different parts of the country reduced store sales and factory activity. Bad weather disrupted manufacturing in the Cleveland, Atlanta and Minneapolis regions, and pushed down retail sales in six districts.

"Overall sales and construction remained at low levels across all districts,'' the survey said. The St. Louis region said sales are still declining.

The region-by-region survey is based on information collected from the Fed's 12 regional banks on or before Feb. 18. Known as the "Beige Book,'' the survey provides a more in-the-trenches look at the overall economy than broad statistics.