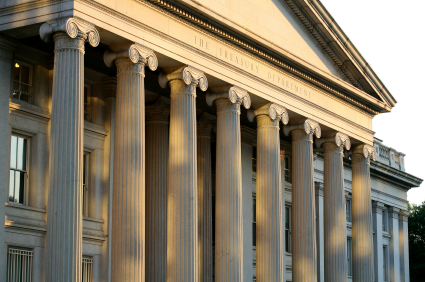 (CBS/AP) WASHINGTON — The U.S. Treasury Department has sold off the final portion of $225 billion in mortgage-backed securities it purchased during the height of the financial crisis.

Treasury said Monday that the sales of securities issued primarily by troubled mortgage companies Fannie Mae and Freddie Mac have netted the government $25 billion in interest. The government began selling its securities one year ago. The final sales were completed last week.

Fed fines 8 banks for alleged foreclosure abuses
U.S. homebuilder outlook near 4-year high
Housing bottom: Are we there yet?

"The successful sale of these securities marks another important milestone in the wind down of the government's emergency financial crisis efforts," said Mary Miller, Treasury's assistant secretary for financial markets.

Even with the sales, the government still has heavy losses from the rescue of the two mortgage giants in September 2008.

Taxpayers have spent more than $150 billion to rescue Fannie and Freddie, the most expensive bailout of the 2008 financial crisis. It could cost nearly $200 billion more to support the companies through 2014 after subtracting dividend payments, according to the Federal Housing Finance Agency, the government regulator that oversees Fannie and Freddie.