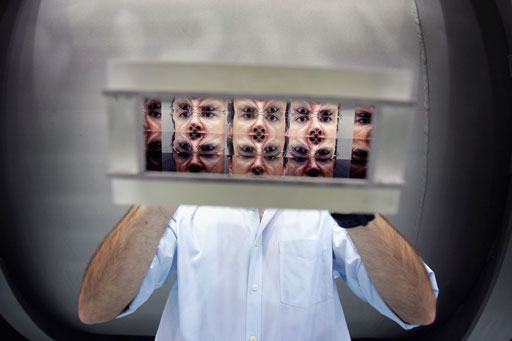 Watch out for more interest rate hikes from the Federal Reserve.

As expected, the central bank's Federal Open Market Committee, its policymaking arm, left overnight interest rates unchanged at its meeting Tuesday. However, the monetary policy-makers also adopted a bias toward higher rates, a warning that the Fed might not be through tightening the screws on the economy.

The change in the Fed's policy directive was not expected by most investors.

The FOMC left the Fed funds target rate at 5.25 percent and the discount rate at 4.75 percent.

Although changing its bias to tightening doesn't lock the FOMC into a rate hike in November or December, it's the rate-setting committee's way of reminding the market it stands on vigilant inflation watch.

After the Fed decided earlier this year to immediately announce changes in the bias on occasion, they've had as much impact on the markets as actual rate hikes have. Under previous protocol, there was a lag of six to eight weeks before the public was informed of bias changes.

In May, the move to a tightening bias led to a steep selloff in stocks and bonds. By contrast, in June, the market rallied on the return to a neutral bias even though the Fed raised rates at the meeting and hinted strongly that one hike wouldn't be enough.

In August, the market rallied on the second rate hike of the year because the bias once again remained neutral.

The meaning of the bias as a possible signal still isn't clear. Fed Gov. Laurence Meyer admitted in an interview that the policy is "a work in progress," and he suggested that the Fed is as confused as many investors by the market's reaction to the bias.

Technically, the policy directive tells the Open Market Desk at the Federal Reserve Bank of New York what kind of change is most likely if the FOMC felt action were needed in between meetings, which are usually held every six to eight weeks.

The FOMC meeting comes at a time of great debate over the future of inflation and the economy.

The Fed is grappling with the question of whether companies can continue to squeeze even more productivity out of workers and equipment, which has allowed the economy to grow so rapidly without sparking inflation.

Despite taking two steps to slow the economy, the Fed is faced with an economy that is still growing at about a 4 percent annual pace, too fast for comfort if the productivity revolution falters.

On the other hand, inflation at the consumer level remains well under control despite the return to more normal conditions in global markets. In fact, the year-over-year change in the core (non-food, non-energy) Consumer Price Index hit a 33-year low in August. However, prices of oil and many other commodities have bounced off their lows as demand from Asia econmies recovers from the 1997-98 crisis.

The recent decline in the dollar has put more pressure on prices.

Many economists have suggested that the Fed is running out of time to raise rates this year. Uncertainties about how the Year 2000 computer bug will affect the domestic and global economies will force the Fed to keep rates steady or possibly even ease policy as the year-end approaches, they say.

The Fed has created a special Y2K lending program for banks, a move the International Monetary Fund has copied. In addition, the Fed has said it will provide a half a billion dollars of extra currency to banks to meet demand for cash from consumers frightened their ATM cards won't work after Jan. 1.

Fed governors, however, have said Y2K won't keep them from doing what they need to do to keep the economy healthy and inflation-free.