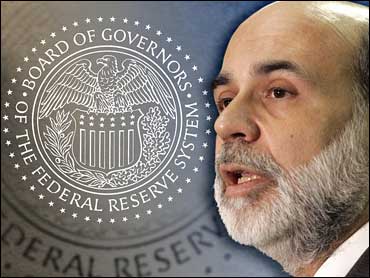 The Federal Reserve is expected to leave interest rates at a record low this week. The big question is whether Chairman Ben Bernanke and his colleagues will hint about when they will reverse course and start boosting rates.

Plans for reeling in the unprecedented amount of money the Fed has plowed into the economy to bolster the recovery are likely to dominate its discussions during a two-day meeting, which started on Tuesday afternoon.

The Fed is expected to announce its policy decisions on Wednesday afternoon.

The central bank faces a high-stakes challenge: If it removes the stimulus too soon, it could short-circuit the fragile recovery. But if it moves too late, it could unleash inflation or new speculative asset bubbles.

Bernanke, who's , has made clear his No. 1 task is sustaining the recovery. Last week, he and other Fed officials signaled they are in no rush to start raising rates.

At the same time, Bernanke has sought to assure skeptical lawmakers and investors that when the time is right, he's prepared to sop up all the stimulative money. Some worry that the Fed's cheap-money policies will stoke inflation.

At least one report out Tuesday could add to some of those concerns.

Wholesale prices jumped 1.8 percent in November, lifted partly by more expensive energy products, the Labor Department said. That was up sharply from a 0.3 percent gain in October and marked the largest one-month increase since August.

Stripping out energy and food, closely watched "core" prices rose 0.5 percent, the biggest increase in more than a year.

Meanwhile, the Fed reported that industrial production jumped 0.8 percent in November, the largest gain since August. Factories and mines boosted production solidly after cutbacks in October. Production at gas and electric utilities fell.

Even with the stronger-than-expected showing, activity is still down 5.1 percent from a year ago, showing that the industrial sector is far from running at top speed.

Some encouraging signs for the economy have emerged lately. , from 10.2 percent in October. And layoffs have slowed. Employers cut just 11,000 jobs last month, the best showing since the recession started two years ago.

Still, the Fed predicts unemployment will remain high because companies won't ramp up hiring until they feel confident the recovery will last.

Consumers did show a greater appetite to spend in October and November. But high unemployment and hard-to-get credit are likely to restrain shoppers during the rest of the holiday season and into next year.

"The economy isn't on solid footing yet," said Chris Rupkey, an economist at the Bank of Tokyo-Mitsubishi. "So it's best for the Fed to keep with the script of low interest rates."

The economy finally returned to growth in the third quarter, after four straight losing quarters. And all signs suggest it picked up speed in the current final quarter of this year. But analysts worry that the economy could weaken next year as government supports fade.

Last week, Bernanke warned that They include a weak job market, cautious consumers and tight credit. Against that backdrop, the Fed is all but certain to keep the target range for its bank lending rate at zero to 0.25 percent, where it's stood since last December.

The Fed also is likely to retain a pledge first made in March to hold rates at such levels for "an extended period." The central bank also isn't expected to make any major changes to a program, set to expire in March, to help further drive down mortgage rates.

Super-low interest rates are good for borrowers who can get a loan and are willing to take on more debt. But those same low rates hurt savers. They're especially hard on people living on fixed incomes who are earning measly returns on savings accounts and certificates of deposit.

Tight credit is clobbering small businesses, normally an engine of job creation during economic recoveries. That's crimping their ability to hire and expand.

Many small businesses rely on smaller banks for credit. But troubled commercial real estate loans are concentrated at those banks. That's hobbled the flow of credit. 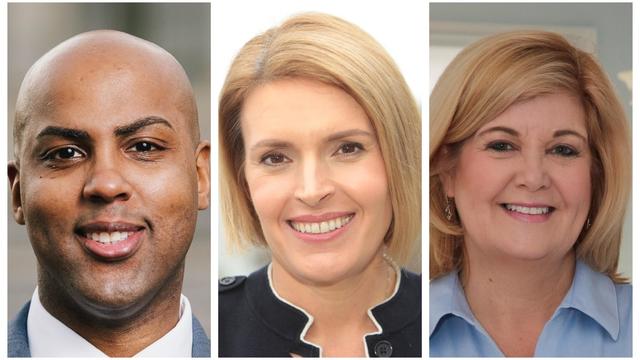 3 N.J. Democrats are running to challenge ex-Dem in November

New Jersey is holding its congressional and presidential primary on Tuesday.