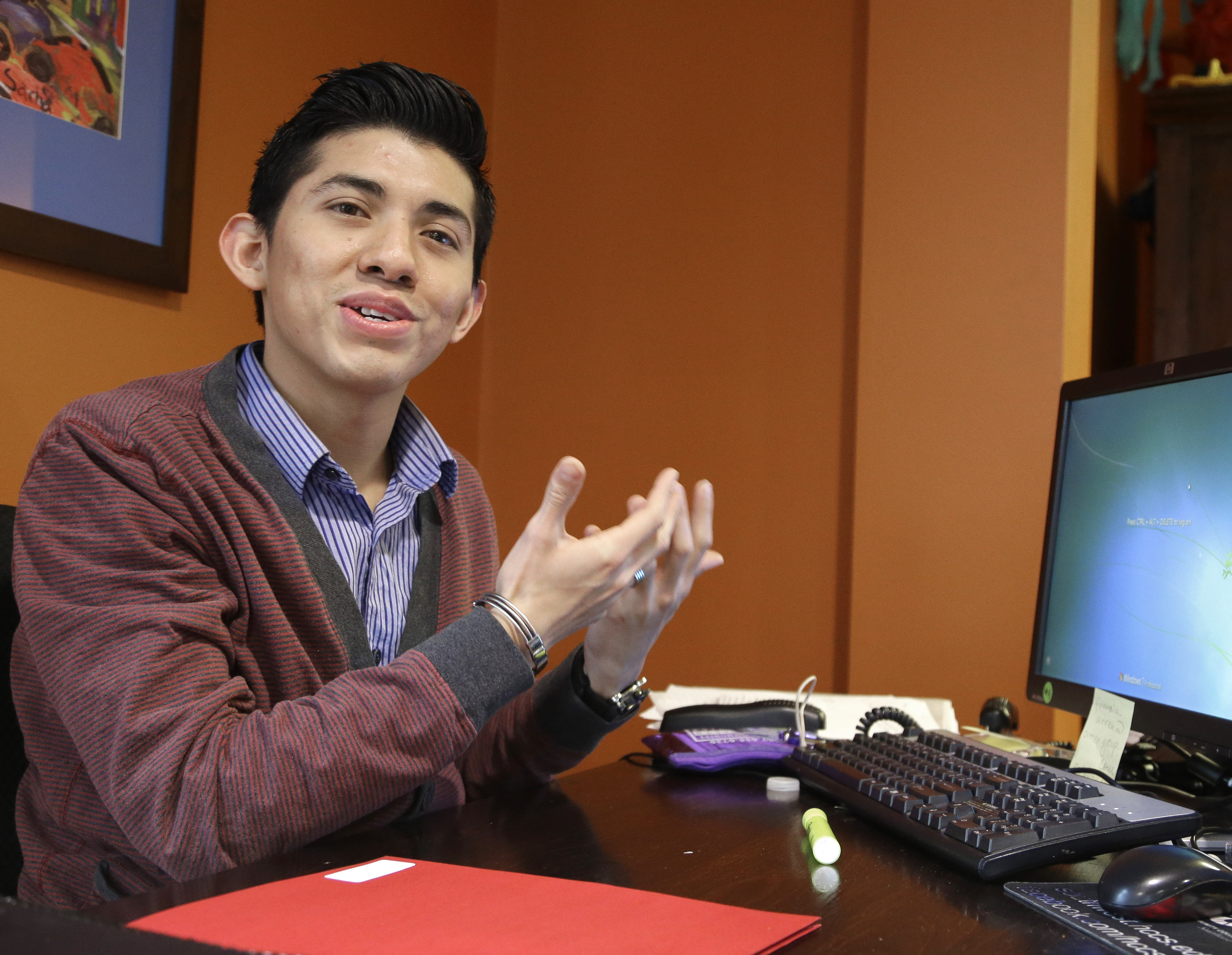 Immigrants who are in the U.S. illegally cannot participate in the system. But many have eligible relatives who are citizens or legal residents.

Since the system debuted in October, immigrant advocates and the federal government have been working to reassure families that their information will not be shared with enforcement agencies. The effort has led to changes in the main health care website and a memo from immigration authorities promising not to go after anyone based on insurance paperwork.

Still, some families remain so concerned that they would rather see loved ones go without coverage than risk giving personal information to a federal agency.

Adonias Arevalo spent days trying to calm his parents' nerves about the personal information that would appear on his application. After a week of discussion, the 22-year-old Houston man, who works at a community center and has temporary legal status, finally eased their fears.

"They are afraid," said Arevalo, whose parents immigrated to the United States from El Salvador seven years ago. "The majority of families, they know it's something they need to do. ... They're just afraid of putting themselves out like that."

Immigrant families are important to the success of the health care overhaul, Obama's most significant domestic achievement. The program, which has faced fierce opposition from Republicans, suffered an embarrassing setback when the October rollout of the insurance enrollment website was mired in technological glitches.

Those immigrant families, which tend to be younger and healthy, are attractive to the health care program because it relies on young participants to pay premiums to help fund coverage for older people who need more expensive care.

Texas has the nation's highest rate of uninsured people, many of whom are immigrants.

Meanwhile, the House Oversight and Government Reform Committee scheduled a hearing in Richardson, Texas to investigate Obamacare “navigators,” employees who are trained to help Americans understand and select their new insurance options under the law..

In Houston's Harris County, where more than a quarter of the 4 million residents are foreign-born, the group Enroll America is trying to soothe anxieties that signing up for insurance could mean risking deportation.

"It has pushed people away from wanting to apply online," said Mario Castillo, who leads the group's efforts in the Houston area. "They don't want to type that into a computer ... they want to put a paper application in."

"There is a lot of fear, particularly if the noncitizen is applying for a citizen child," she said.

In mid-October, three weeks after enrollment opened, the Obama administration stepped in. Immigration and Customs Enforcement published a "clarification" designed to assuage fears. The memo explained that information obtained through health care registration would not be used to pursue immigration cases against anyone in the country illegally.

Jenny Rejeske, a health policy analyst at the National Immigration Law Center, said advocates had shared with the government concerns they heard from mixed-status families.

Advocates had sought that clarification for years, but it wasn't until federal officials "saw that this was going to be a deterrent for people applying that they decided to do something about it," Rejeske said.

Around the same time, a new page appeared on healthcare.gov titled "What do immigrant families need to know about the marketplace?" Under a heading for mixed-status families, it states: "Family members who aren't applying for health coverage for themselves won't be asked if they have eligible immigration status."

It also said that applying to the insurance marketplace, the Medicaid program for the poor or the children's program known as CHIP will not mean immigrants are considered a "public charge," addressing a long-held concern that accepting a government benefit could jeopardize their chance of getting legal status or becoming a naturalized citizen.

Among the nation's uninsured children - regardless of immigration status - 65 percent are eligible for Medicaid or CHIP but are not enrolled.

Arevalo, who applied for insurance after talking to his parents, works as a community resources specialist at a community center run by Neighborhood Centers Inc. He moved to the U.S. from El Salvador when he was 14 and received permission in March to stay in the country for two years through a program offered by Obama to some immigrants who were brought into the country illegally as children.

His new job puts him at an income too high to qualify for a tax subsidy in the health care marketplace, though he would also be ineligible due to his deferred immigration status. Instead, he will have to buy a basic insurance plan through his employer for about 20 percent of his monthly salary.

But to learn that, he first had to apply for coverage, and persuading his parents his application wouldn't jeopardize them was a significant hurdle.