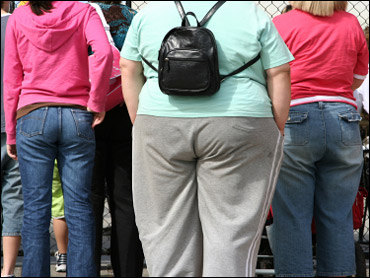 GAITHERSBURG, MD. (CBS/AP) Overweight people and the drug industry will have to wait a little longer to find the holy grail of weight loss - a magic pill that does it for you.

People on the drug lost more than 10 percent of their body weight in company-sponsored trials, but also experienced a range of side effects, including memory lapses, suicidal thoughts, and heart palpitations.

"Some of these side effects are serious and could be life-threatening and must be weighed against a relatively modest weight loss," said the FDA panel's chair, Kenneth Burman of the Washington Hospital Center.

And while Qnexa was shot down in a 10-6 vote, some of the panelists wanted to approve the drug if more data were available on long-term health effects. The current trial lasted a year.

The FDA takes the panel's findings as a recommendation and still could, in theory, vote to approve the drug.

Qnexa is a combination of two older drugs: the amphetamine phentermine and topiramate, an anticonvulsant drug sold by Johnson & Johnson as Topamax. According to the company, phentermine helps suppress appetite, while topiramate makes patients feel more satiated.

Another diet pill hopeful, lorcaserin, got a more positive review last week. An FDA panel said the drug was relatively safe, but only helped people lose five percent of their body weight. Experts expect it will eventually be approved.