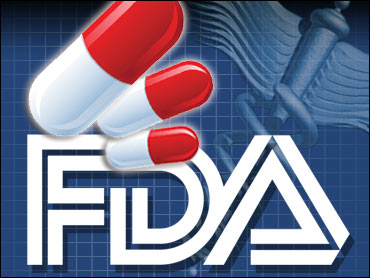 WASHINGTON - Federal health regulators are limiting a key ingredient found in Vicodin, Percocet and other prescription painkillers that have been linked to thousands of cases of liver damage each year.

The Food and Drug Administration said Thursday it will cap the amount of acetaminophen in the drugs at 325 milligrams per capsule. Current products on the market contain doses of up to 700 milligrams.

Acetaminophen is a ubiquitous pain reliever found in Tylenol, Nyquil and thousands of other medicines used to treat headaches, fever and sore throats. The ingredient is also used at larger doses in prescription combination drugs that mix it with narcotic drugs like oxycodone.

Those products are not dangerous by themselves but can cause toxic overdoses when patients combine them with a second acetaminophen-containing drug like Tylenol.

FDA officials said the labeling on prescription drugs often does not make it clear that they contain acetaminophen, instead using abbreviations for the ingredient like 'APAP.'

"One of the real challenges we have is that patients taking these products don't know they're taking acetaminophen at all," said FDA deputy director for new drugs, Dr. Sandra Kweder, in a telephone briefing with reporters "They don't realize that they are overdosing."

The FDA said it is working with pharmacies and other medical groups to develop standard labeling for acetaminophen, though that is not part of Thursday's action.

Agency officials said the drugs will still be effective at lower doses.

The restrictions announced Thursday will not affect over-the-counter products like Tylenol and Theraflu. The FDA said it is still considering limits on those products, which involves a more complicated rule-making process than prescription products. For now, over-the-counter products will actually be permitted to contain higher doses of the drug - up to 500 milligrams per pill or capsule.

Acetaminophen is the leading cause of liver failure in the U.S. and sends 56,000 people to the emergency room annually. About 200 of them die, and the FDA estimates 120 of those deaths are linked to prescription drugs with acetaminophen.

The FDA said it would add a boxed warning, the strongest type, to all prescription drugs containing acetaminophen.

Vicodin is marketed by Abbott Laboratories, while Percocet is marketed by Endo Pharmaceuticals. Vicodin combines acetaminophen with hydrocodone, while Percocet contains oxycodone. Both formulas also are available in cheaper generic versions. U.S. sales of all drugs in the group topped $6 billion in 2009, according to health industry data firm IMS Health.

The FDA restrictions come more than a year and a half after a high-profile meeting where a panel of 37 expert physicians narrowly voted to eliminate drugs like Vicodin completely.

Regulators said they decided against that action because of the widespread use of the drugs, which were prescribed roughly 200 million times last year, according to the FDA.

"We thought this was a more reasoned and reasonable action to take," Kweder said.

The FDA is not required to follow the panel's advice, though it often does. The same panel recommended lowering the dose of acetaminophen found in over-the-counter products.