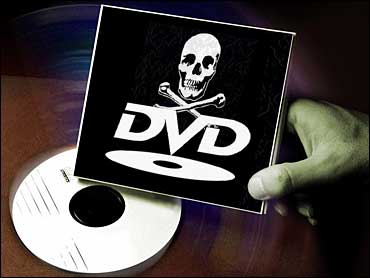 The U.S. government on Tuesday approved an anti-piracy mechanism to make it harder for computer users to illegally distribute digital TV programs on the Internet.

In its order, the Federal Communications Commission told makers of digital television receivers that by July 1, 2005, their models must recognize an electronic marker that broadcasters can embed in their programs to limit piracy.

As Internet connections get faster and broadcasters switch to much clearer digital TV, the movie and television industries are concerned that consumers will put high-quality copies of shows and films on the Web that others can download for free. This would reduce the broadcasters' ability to sell the shows for syndication or overseas.

The proliferation of music on the Internet has held down the sales of CDs, and the music industry has started to sue listeners who illegally distribute the songs online.

FCC Chairman Michael Powell said his agency was taking "an important step toward preserving the viability of free over-the-air television."

The deadline would be in advance of the congressionally mandated goal of 2007 for all TV broadcasts to switch to a digital format, which uses computer language, from the current analog format, which uses radio signals sent as waves. After the switchover, consumers who don't subscribe to a cable or satellite service would need digital tuners, either inside a TV or in a set-top box.

FCC officials said the embedded electronic signal, known as a "broadcast flag," would not prevent consumers from using existing or new DVD or VCR machines to make copies of TV programs. But the signal is designed to make it more difficult for consumers to then transfer those copies to the Internet and make them available to potentially millions of others.

While all five commissioners supported the order, Jonathan Adelstein, one of two Democrats on the five-member panel, said the decision did not safeguard viewers' privacy.

"Improper use of the technologies could arguably allow such things as tracking personal information," Adelstein said. "The broadcast flag should be about protecting digital content, not about tracking Americans' viewing habits."

Broadcasters had strongly urged the FCC to approve the flag.

"Without it, high quality programming will migrate off of free television," said Edward O. Fritts, president of the National Association of Broadcasters.

But consumer groups said the electronic marker is not the solution to prevent illegal copying of TV programs.

"We would like to be talking about how to best protect over-the-air content rather than rush 1,000 miles an hour to approve a solution that isn't going to work with technology we haven't seen for a problem we don't yet have," said Chris Murray, legislative counsel for Consumers Union, the publisher of Consumer Reports magazine.