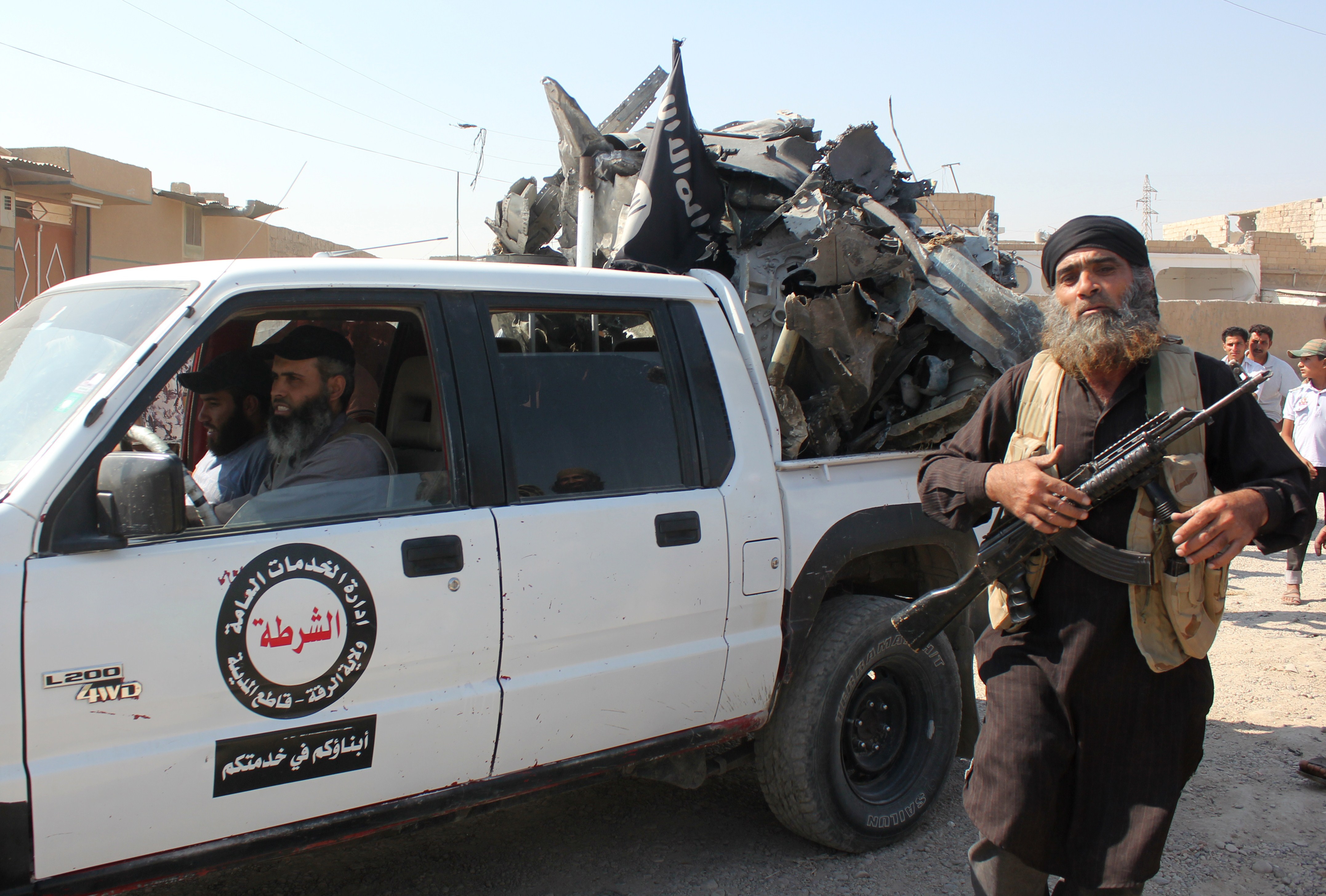 DENVER -- The FBI said Tuesday that it's investigating the possibility that three teenage girls from the Denver area tried to travel to Syria to join Islamic State of Iraq and Syria (ISIS) extremists.

An FBI spokeswoman says agents helped bring the girls back to Denver after stopping them in Germany. Spokeswoman Suzie Payne says they're safe and have been reunited with their families.

The girls are two sisters, ages 17 and 15, and a 16-year-old from another family, said Glenn Thompson, bureau chief of the Arapahoe County Sheriff's Department, whose officers took missing persons reports on the girls Friday.

Their families told deputies they had left home without giving any indication of where they were headed, Thompson said.

The sisters had stayed home from school sick, and the 16-year-old never reported to school, which alarmed her family, Thompson said. The families reported no prior problems with the girls.

"Neither reported any knowledge of where they might have gone," he said. "The deputies just took a report."

They returned to the home Sunday to close the case after they learned the girls had been returned.

The announcement comes one month after 19-year-old Shannon Conley of Arvada, Colorado, pleaded guilty to charges that she conspired to help militants in Syria.

The U.S. Attorney's Office in Denver declined to comment on the latest cases. It's unclear whether the girls will face charges.

Authorities have not said how they think the girls became interested in helping ISIS militants. In Conley's case, she told agents she wanted to marry a suitor she met online who said he was a Tunisian man fighting with ISIS in Syria.

Conley said she wanted to use her American military training with the U.S. Army Explorers to fight a holy war overseas, authorities said. If she could not fight with the extremists, she told agents, she would use her training as a nurse's aide.

Agents who had been overtly trying to stop Conley arrested her in April as she boarded a flight she hoped would ultimately get her to Syria. She could face up to five years in federal prison and a $250,000 fine when she is sentenced in January.

Foreign fighters from dozens of nations are pouring into the Middle East to join ISIS and other terrorist organizations. U.S. officials are putting new energy into trying to understand what radicalizes people far removed from the fight, and into trying to prod countries to do a better job of keeping them from joining up.

On Oct. 4, 19-year-old Mohammed Hamzah Khan was arrested at Chicago's O'Hare International Airport and charged with attempting to provide material support to a foreign terrorist organization.

Earlier this month, CBS News Foreign Correspondent Clarissa Ward traveled undercover to Syria and interviewed two Western jihadists -- an American and a Dutchman -- who explained why they are fighting for ISIS.