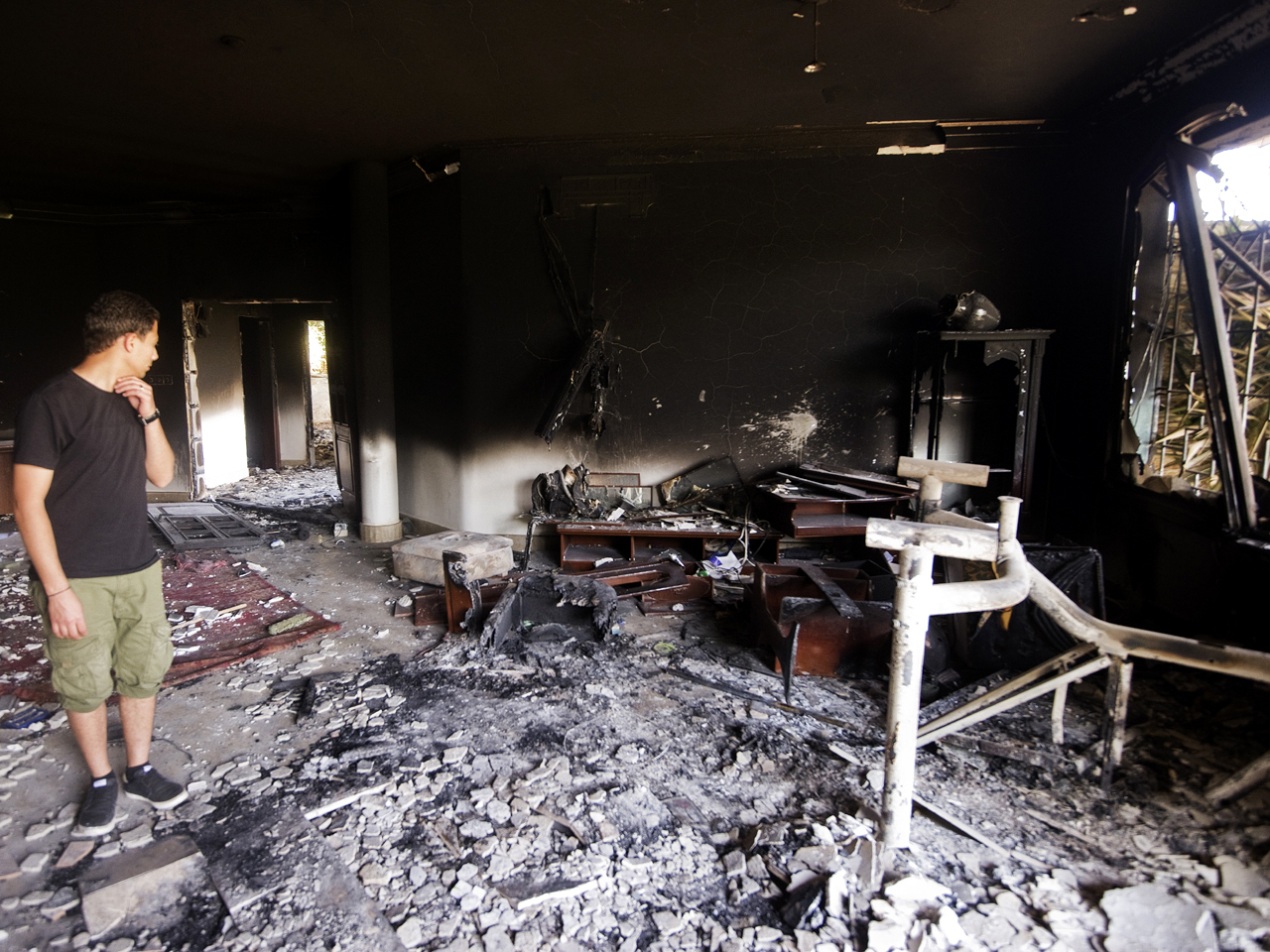 CBS News correspondent Bob Orr reports a team of forensic specialists were escorted by a small U.S. military contingent that provided security, according to a U.S. official. The investigators spent several hours at the consulate and annex sites, the official estimated.

CBS News senior correspondent John Miller reports the team collected whatever evidence they could from the site, given the amount of damage the area sustained in the attack, according to a U.S. official.

The official wouldn't tell Orr what was recovered from the scenes, describing the work as a general effort to collect and document potential evidence.

U.S. Ambassador to Libya Christopher Stevens and three other Americans were killed in the assault, which the White House has referred to as a terrorist attack.

Meanwhile, CBS News investigative correspondent Sharyl Attkisson reports that, according to a House committee, a State Department officer told panel members there were 13 threats made against the consulate during the six months before the attack on the facility on the 11th anniversary of the Sept. 11 terror attacks.

The officer told committee members that the U.S. mission had made repeated requests for increased security.

A spokesman for the House Oversight and Government Reform Committee, which is holding a hearing on the controversy next week, said its source is Regional Security Officer Eric Nordstrom, who was stationed in Libya from September 2011 to June 2012.

According to the panel, Nordstrom has already given a private briefing to members. The State Department confirmed he will appear at a committee hearing Wednesday with the deputy assistant secretary for international programs, Charlene Lamb, who is involved in reviewing security requests, Attkisson reports.

Separately, The Washington Post reports one of its reporters found "sensitive documents" that were "only loosely secured" in the burned-out remains of the consulate Wednesday. The newspaper says the discovery "further complicates efforts by the Obama administration to respond to what has rapidly become a major foreign-policy issue just weeks before the election."

Republicans have accused the Obama administration of being unprepared for the terrorist attack by Muslim extremists on the consulate, then allegedly issuing misinformation about it.

Initially, U.S. Ambassador to the U.N. Susan Rice suggested the attack was spontaneous, sparked by an anti-Islam video on the Web.

Secretary of State Hillary Clinton has said she's committed to finding out exactly what happened leading up to the assault and whether security requests were made but denied.

"No one wants the answers more than we do here at the (State) Department," Clinton said. It has appointed a review board to investigate the controversy.

A letter to Clinton from the committee chairman, Darrell Issa, R-Calif., and panel member Rep. Jason Chaffetz, R-Utah, had said the information came from "individuals with direct knowledge of events in Libya."