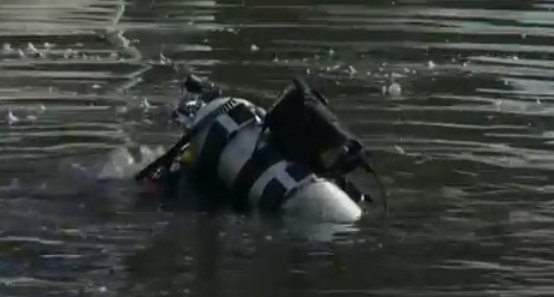 The head of the agency's Los Angeles office says leads indicate that Syed Rizwan Farook and Tashfeen Malik, who carried out a mass killing at a social service center, were seen at the park on the day of the attack.

The official will only say that the search is for any evidence that may be related to the investigation.

CBS News has learned that the FBI is looking for a hard drive missing from the Farook home.

Also on Thursday, new revelations from officials and public records show a much deeper connection between Farook and friend Enrique Marquez, than previously was disclosed. Marquez is the friend who bought the assault rifles used in the shooting. The two were related through marriage and may have plotted an attack together three years ago.

Marquez purchased high-powered weapons at least three years ago that Farook and his wife used to open fire on a holiday gathering of Farook's fellow health inspectors Dec. 2, killing 14 people.

The FBI is taking a closer look at whether the transfer was legal. The FBI is asking Marquez whether he purposefully bought the guns for himself or for Farook. If it turns out he purchased them in his own name, knowing he would transfer them to Farook, then that would be a crime.

The FBI has said that Farook's wife declared her allegiance to the Islamic State of Iraq and Syria (ISIS) group in a Facebook posting shortly before the attack.

Farook, 28, and his wife, Malik, 29, were killed hours later in a shootout with police, leaving behind a 6-month-old daughter.

A custody hearing for the 6-month-old was held Monday, with the sister of Farook seeking to adopt the baby, the Council on American-Islamic Relations said.

No long-term decisions were made, and the child will remain in county custody for now. Another hearing is set for next month.

"The family is naturally distraught at the separation and are eagerly awaiting to obtain custody of the six-month-old girl," CAIR said in a statement.

"I can never imagine my brother or my sister-in-law doing something like this, especially because they were happily married, they had a beautiful 6-month-old daughter," Farook's sister Saira Khan told CBS News' David Begnaud in an exclusive interview last week. "It's just mind boggling why they would do something like this."

Earlier on Thursday, photos on Farook's phone prompted a bomb sweep of some California schools.

Farook reportedly had photos of a local California high school in his cell phone. School officials say the FBI was able recover photos of the exterior of Carter High School in Rialto.

Farook inspected schools as part of his job, but the school said it was unusual for him to keep photos of its exterior.

After last week's attack, police used bomb-sniffing dogs to search schools Farook had inspected as part of his job.