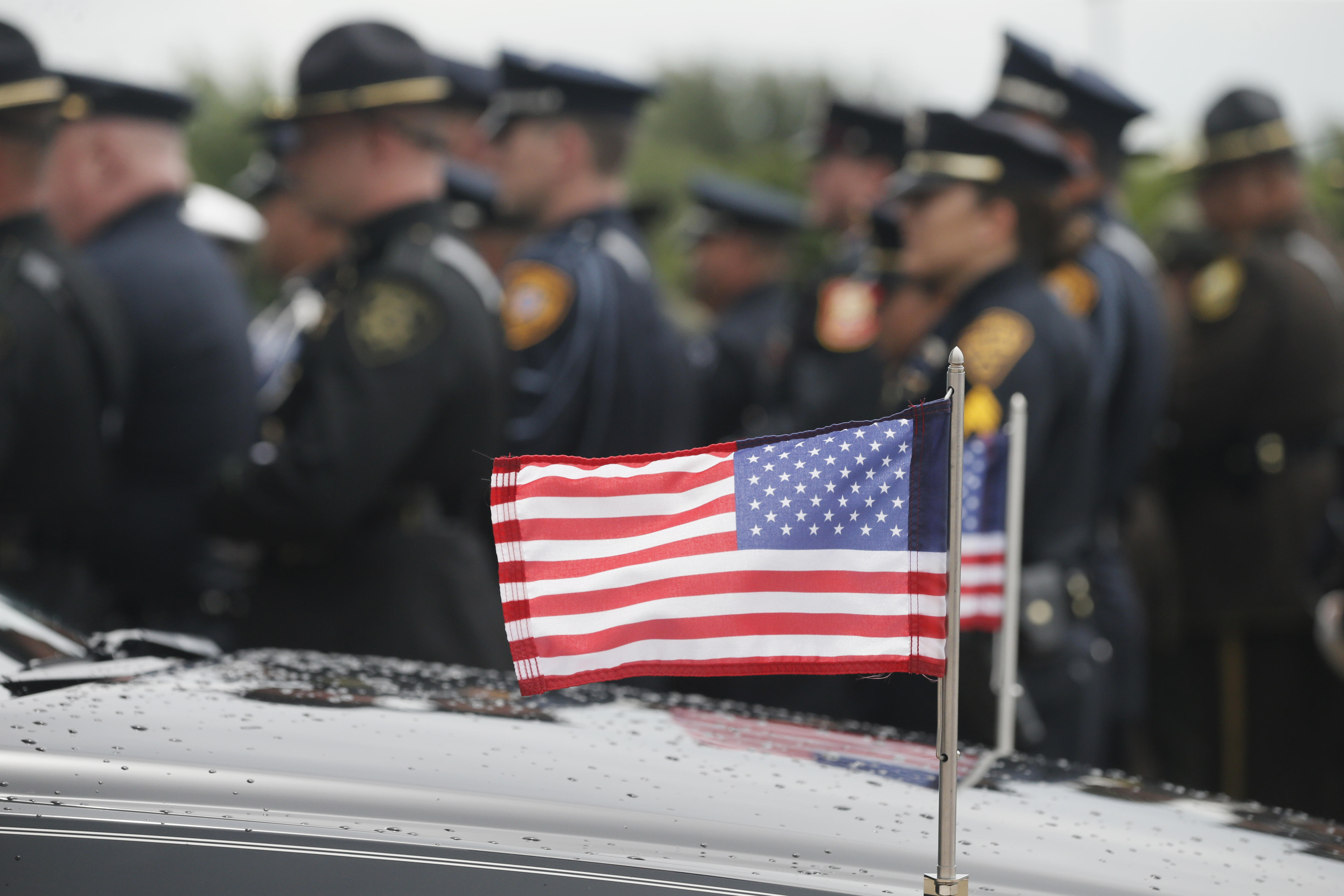 A total of 118 law enforcement officers died in the line of duty in the U.S. last year, according to an FBI report released Monday. It said 52 of the deaths were accidental and 66 were felonious.

The annual Law Enforcement Officers Killed and Assaulted (LEOKA) report said 57,180 officers were assaulted in the line of duty and about 30 percent of the officers were injured in those incidents. It said the number of fatalities increased from 2015, when 131 officers died — 45 in accidents and 41 as a result of a criminal attack.

Of the police officers killed in criminal attacks in 2016, the report said 64 of them were men and two were women. Firearms were involved in an overwhelming majority of the cases: 62 of the 66 deaths were caused by gunshot wounds. Fifty-one of those officers were wearing body armor at the time they were killed.

In the other four cases, officers were killed intentionally by vehicles.

In a statement, the agency said it collects the data through its Uniform Crime Reporting Program, which pulls information from assaults and deaths concerning law enforcement officers.