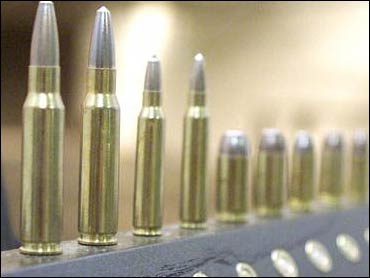 Weeks after testifying at a court hearing in a Kentucky murder, FBI scientist Kathleen Lundy told her superiors a secret. She knowingly gave false testimony about her specialty of lead bullet analysis.

"I had to admit that it was worse than being evasive or not correcting the record. It was simply not telling the truth," Lundy wrote her superior in an e-mail likely to be used against her now that she has been charged by Kentucky authorities on a charge of misdemeanor false swearing.

Internal FBI documents obtained by The Associated Press show the FBI lab, which reformed itself after a mid-1990s scandal over bad science, is grappling with new problems that have opened its work on lead bullets and DNA analysis to challenges by defense lawyers.

In addition to Lundy's indictment:

FBI Lab Director Dwight Adams said detection of the problems illustrates that the reforms instituted in the mid-1990s are working.

"The difference is, these are being caught and dealt with swiftly. Our quality assurance program is in place to root out these problems, incompetence and inaccurate testimonies," Adams said in an interview. "These weren't fortuitous catches; they were on purpose."

Defense lawyers are already mounting challenges in high-profile cases handled by the two employees and are questioning the FBI's project to build a national DNA database that will help law enforcement identify suspects based on their genetic fingerprints.

"We all have assumed the scientists are telling the truth because they do it with authority and tests. And as a result FBI scientists have gotten away with voodoo science," said Lawrence Goldman, president of the National Association of Criminal Defense Lawyers.

Senate Finance Committee chairman Charles Grassley, R-Iowa, whose investigation prompted the first FBI lab reforms in the 1990s, said Wednesday he has requested a briefing and believes Congress must investigate the latest problems. "The scientists of the FBI crime lab hold people's lives, and justice for crime victims, in their hands. The FBI crime lab must be beyond reproach and abide by the highest standards," he said.

The officials said they have found that the technician failed to compare the DNA evidence with control samples, a required step to ensure the accuracy of tests. Blake resigned from the FBI lab recently.

Blake's work has become an issue in a prominent case in New Jersey, where five police officers are challenging blood evidence she analyzed that was used to convict them of federal civil rights violations in the death of a prisoner.

In Blake's case, 29 DNA samples that she placed into the database were removed and are being reanalyzed. The review so far has not found any instances in which her DNA analysis was inaccurate, and those samples have now been re-entered, Adams said.

The FBI made widespread changes in the mid-1990s after its lab was rocked by a whistleblower's allegations and an investigation that found shoddy science by several lab examiners. AP reported last month that Justice officials have identified about 3,000 cases that might have been affected by those earlier problems and have let prosecutors decide whether to notify convicted defendants.

The new problems surfaced in the last year.