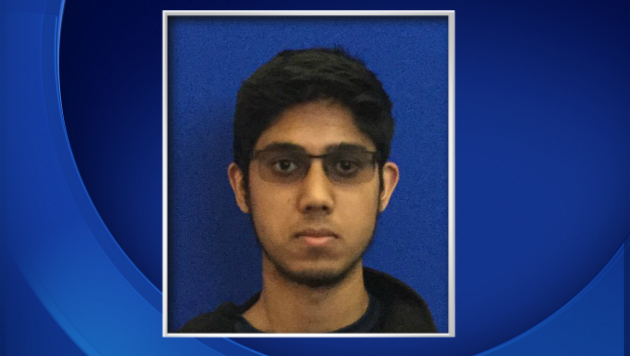 FRESNO, Calif. -- A California college student who went on a stabbing rampage that wounded four people before he was shot down by a campus police officer was inspired by the Islamic State of Iraq and Syria (ISIS) but acted alone, the FBI said Thursday.

Faisal Mohammad, 18, appears to have become self-radicalized, drawing motivation from terrorist propaganda that he found online before launching the Nov. 4 attack at the University of California, Merced, authorities said.

"Every indication is that Mohammad acted on his own," Gina Swankie, a spokeswoman for the FBI's Sacramento field office, said in a statement. "It may never be possible to definitively determine why he chose to attack people on the U.C. Merced Campus."

The knife attack happened a month before a gun-wielding husband-and-wife team in San Bernardino killed 14 people and wounded 21 others at a workplace holiday party. In that case, too, investigators said they were influenced by ISIS, but not directly connected to it. Like Mohammad, they had not raised red flags that put them on a watch list.

In both cases family members said they were unaware of their loved ones' interests in terrorists groups.

In Merced, Mohammad burst into a classroom, stabbing two students. He stabbed a construction worker who intervened, then ran from the building, where he knifed a school employee sitting on a bench. Police shot and killed Mohammad.

The FBI says the college freshman from Santa Clara, California, had visited the websites of ISIS and other extremist groups for several weeks. He planned the attack at least a week before carrying it out, investigators said.

During the rampage, Mohammad carried a backpack containing a two-page, hand-written "manifesto," detailing plans to bind students to their desks with zip-tie handcuffs, authorities have said. Then, he was going to make a fake 911 distress call, ambush responding officers with a hunting knife and steal their guns to shoot a list of targeted classmates.

Mohammad's backpack also held a photocopy of an ISIS flag and a list of items he would need for the attack, the FBI said.

Attorney Daniel Mayfield, who represents Mohammad's relatives, said the family remains in the dark about what prompted the violent outburst just days after he turned 18. They are asking investigators to provide them with more information, he said.

"This is not the Faisal the family knew and loved and sent off to the university," said Mayfield, who added that before this the teenager had a reputation for being quiet, respectful and studious.

"We are relieved to finally have resolution to this very tragic event on the UC Merced campus," Chancellor Dorothy Leland said in a statement Thursday, according to CBS affiliate KPIX. "While I shared your desire for a quicker resolution, we are better served by law enforcement's completion of its investigation in due course... I am proud of the way our campus community came together in the aftermath of this incident... Now, we move to the task of further healing and taking care of the needs of our students, staff and faculty."