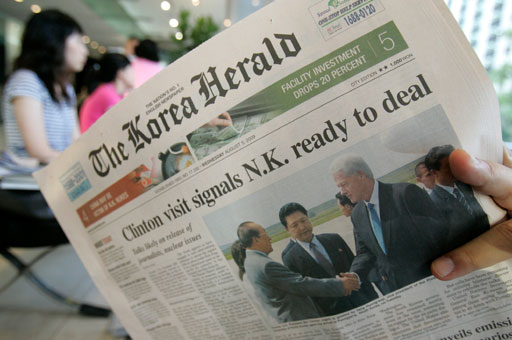 Tropical storm Fay weakened into a tropical depression as it rolled ashore from the Gulf of Mexico Saturday, but its remnants still threatened to unleash tornadoes and heavy rainfall across a wide swath of Texas.

Forecasters at the National Hurricane Center in Miami withdrew a hurricane watch and tropical storm warning after Fay's winds fell to about 35 mph, below the 39 mph threshold that defines a tropical storm.

Tide gauges at Freeport early Saturday showed the storm surge at 4½ feet above normal tide level. The surge, usually the most destructive part of a tropical storm or hurricane, was expected to slowly decline throughout the day.

The National Weather Service said rainfall of between 5-10 inches was likely along the path of the slow-moving storm, with local amounts as high as 15 inches. Flash flood warnings were in effect around San Antonio and Austin, with a tornado warning posted across southeast Texas southern Louisiana and Mississippi.

She dumped more than a foot of rain on portions of Brazoria County, immediately south of Houston.

Fay hovered offshore all day Friday and threatened to become a minimal hurricane before making landfall, but the fractured nature of the storm made it difficult for forecasters to predict where it would go.

At the peak of its strength, Fay packed sustained winds of 60 mph with and was forecast to reach hurricane strength of 74 mph.

One man was reported missing after jumping off of the bridge connecting Galveston Island, 50 miles southeast of Houston, and the mainland on Friday afternoon. Police did not identify the man, who could not be rescued from the bay's choppy waters.

Upwards of 100 people fled their coastline homes during the night and were housed in shelters in Brazoria and Freeport. By dawn, however, much of the street flooding had subsided. A few trees were down and there were reports of scattered power outages southwest.

"Right now, the skies are clear and the streets, for the most part, we don't have much water," said Ronald Draper, who opened a Salvation Army shelter in Freeport and had about 60 people. "They're beginning to go back home."

The storm comes on the same weekend as the great Galveston storm of 1900, when some 6,000 people were killed. That hurricane remains the deadliest natural disaster in the nation's history.

"I don't worry about my house at this point in time," said Bill Miller, whose house is on stilts on Galveston's west end. "But I've got stuff down in my garage and the flood gets that."

Damage in his neighborhood was limited to "just blowing debris, chairs, things that are not tied down."

Fay became the first tropical storm to threaten Texas since June of last year, when remnants of Tropical Storm Allison dumped up to 3 feet of rain on the Houston area, killing 22 and causing an estimated $5 billion in damage.

The last hurricane in Texas was Bret, which packed 140 mph wind in August 1999 as it came ashore in a sparsely populated area of Kenedy County. It was blamed for four highway deaths and scattered damage.

The impact of the storm was minimal on Gulf oil and gas operations, U.S. Minerals Management Service spokeswoman Carol Fagot said. One company shuttered production of 43 barrels of oil per day and 5.7 million cubic feet of natural gas per day. A few platforms and one drilling rig were evacuated, she said.