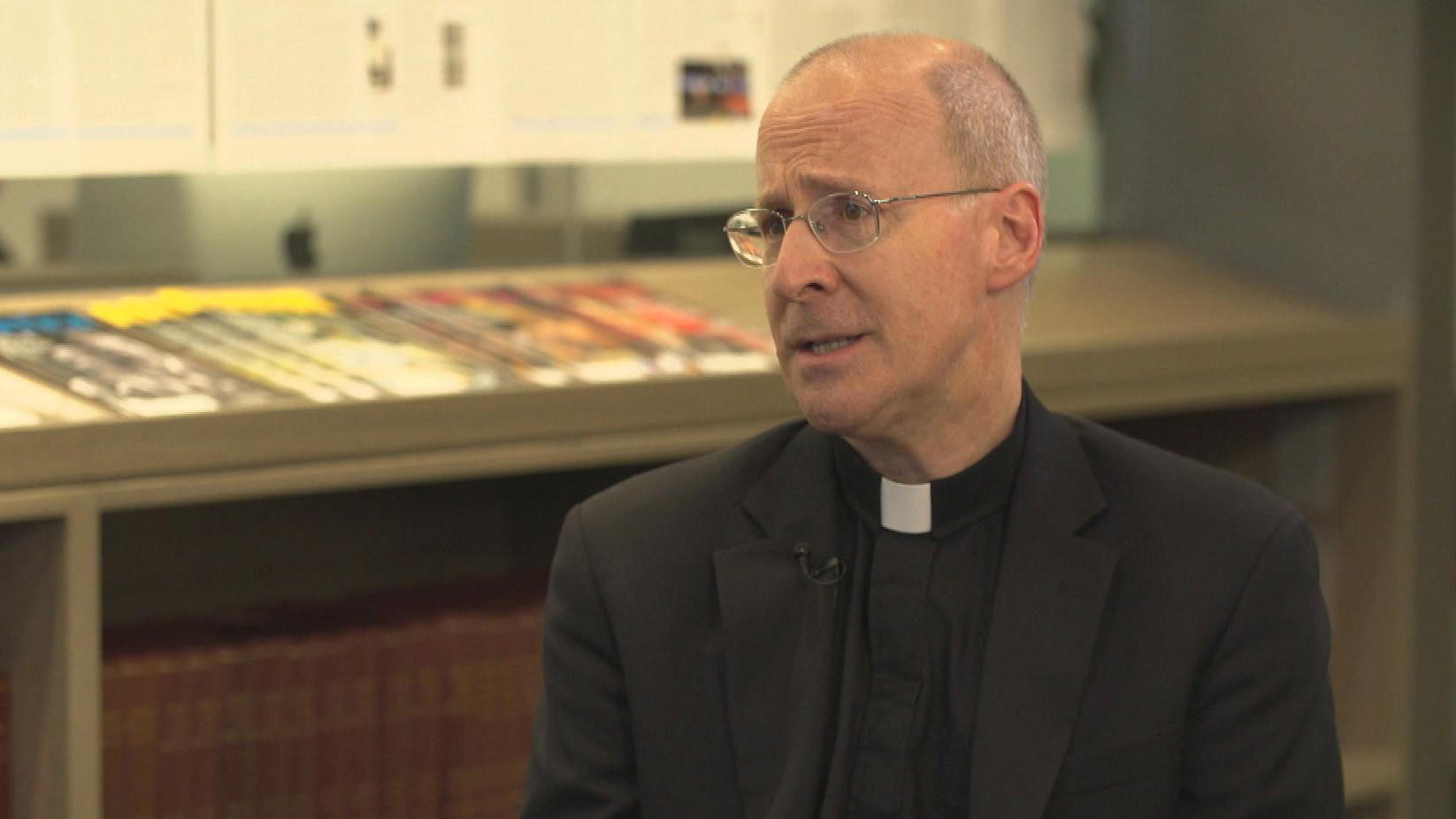 Father James Martin, S.J., a Jesuit Catholic priest and editor-at-large of the Jesuit magazine America, called the Trump administration's defense of its aggressive immigration policy of separating families at the U.S.-Mexico border "insane," "sinful" and "close to obscene." In response to the explosive headlines that have emerged this week, Martin told CBSN's Elaine Quijano on "Red & Blue" that "it couldn't be any clearer" that the Bible and Jesus embraced "welcoming strangers" -- especially in the parable of the Good Samaritan and the book of Matthew.

Before President Trump signed an executive order Wednesday that walked back his administration's immigration policy of separating families at the U.S.-Mexico border, officials spent most of the past few days defending it despite nationwide backlash.

"I will cite you to the Apostle Paul and his clear and wise command in Romans 13 to obey the laws of the government because God has ordained the government for his purposes," Attorney General Jeff Sessions said June 14. "Consistent, fair application of law is in itself a good and moral thing and protects the weak and protects the lawful."

"What Attorney General Jeff Sessions is doing is called cherry picking ... or proof-texting, where you take one sentence out of the Gospel without understanding the context," Martin said. "To use Romans 13 to justify tearing kids away from their parents is insane -- and to use biblical verses to justify what is a sinful action. It's really close to obscene."

Martin even took to Twitter with strong words slamming the Trump administration by writing "the deliberate and unnecessary separation of innocent children from their parents is pure evil."

Martin mentioned his time working with refugees in East Africa for a couple years and urged people and churches "to tell the stories of these people ... to describe why someone would feel moved to come to the United States and how these migrants and refugees are actually people with great guts to really want to find a new life with their families."

Martin would remind people that there are "just and unjust laws." Martin called laws that separate children from their parents "unjust and we just can't have the law as an idol."

"Seeking asylum is a legal right that people have. Simply asking for asylum is not breaking the law," Martin said. "But I think people's heads have been filled with misinformation about what refugees and migrants are that they have this stereotype that they're all lawbreakers."

So what's the next step?

"It's not rocket science," Martin said. "You don't have to be a theologian or the pope to understand this stuff. If you still think migrants and refugees are your enemies, you have to remember that Jesus says to love your enemies. So no matter which way you cut it, you need to take care of these people. Period."

Watch more of Father Martin's interview with CBSN in the video player at the very top of this page. "Red & Blue" streams Monday through Thursday at 9 p.m. ET.