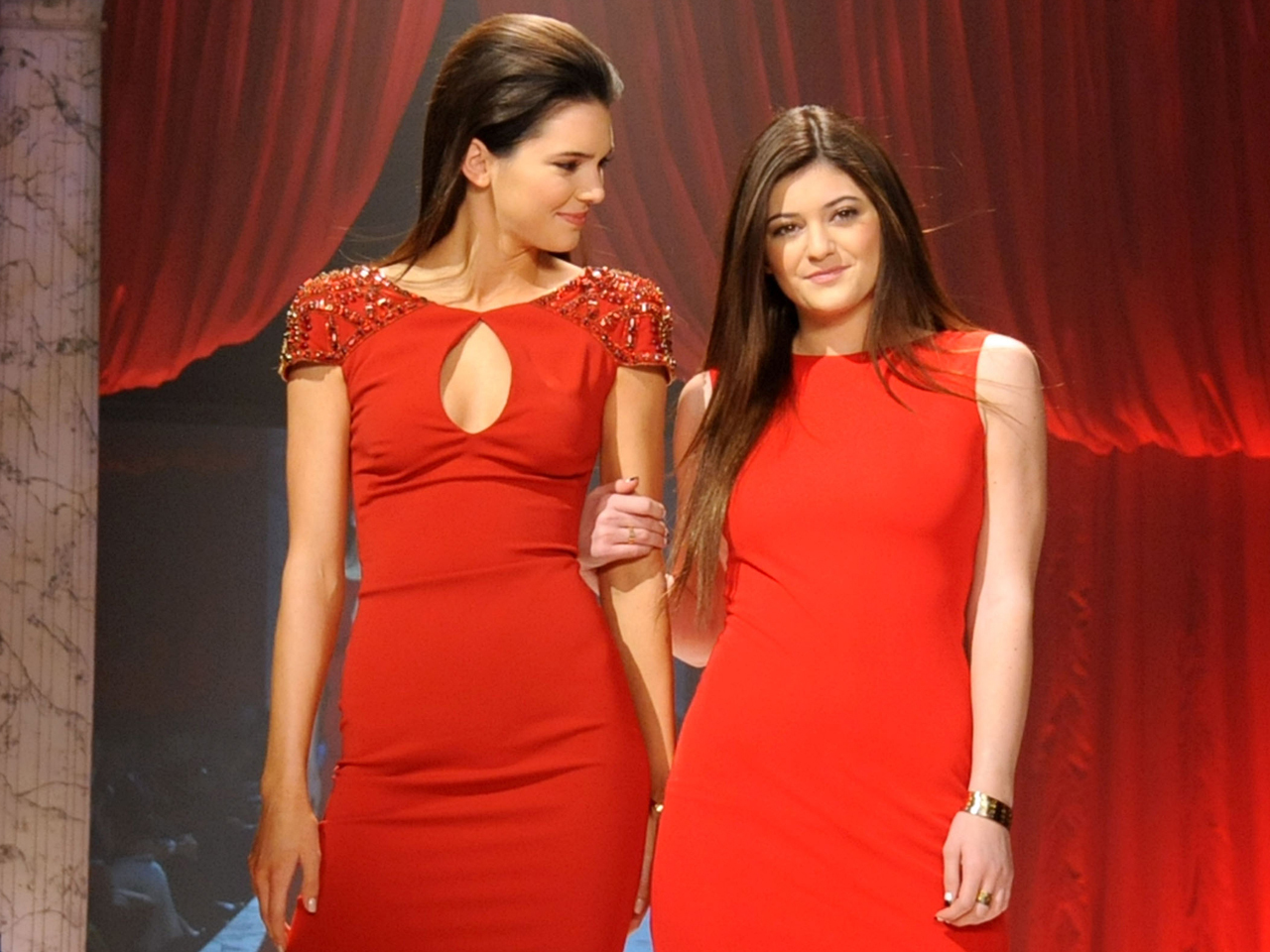 Red isn't just a trend at The Heart Truth runway show, it's a tradition: The Red Dress Collection, modeled by celebrities to draw awareness to heart disease, has become the kick off to New York Fashion Week.

Minka Kelly, Toni Braxton, gymnast Gabrielle Douglas, Kelly Osbourne and Kris Jenner, with daughters Kendall and Kylie, were among those donning designer dresses and towering heels Wednesday night in front of an audience that largely put on their best red dresses, too.

It's the shoes that have many stars fearing they'll trip up. Actress Brenda Strong, who wore Marc Bouwer's draped cowl-neck dress, said her red spiky stilettos were the most intimidating part of the catwalk experience.

She had a little experience modeling, though. "In my last incarnation, when I was in college, I was a Miss America contestant. That was a long runway!" she said.

Kelly, wearing an Oscar de la Renta gown with an asymmetrical neckline and metallic belt, walked in last year's show and this time was tapped as the Heart Truth ambassador by sponsor Diet Coke. Her best tip as a runway veteran was to wear shoes with straps. They hold you in better, she said.

The catwalk isn't her favorite place to spend an evening, Kelly said, but it's for a good cause.

"This is all done with a sense of humor. It's fun. I don't fancy myself a model, but maybe the models aren't relatable if we're not perfect, so it works for me," she said.

Osbourne, with clashing purple hair, seemed as though she was having a good time, shimmying down the runway in her Zac Posen dress. Braxton wore a second-skin V-neck halter dress by Herve L. Leroux.

Douglas said she's become more accustomed to dressing up since returning from the London Olympics with her gold medals. "I feel like a doll in my dress," she said of her Pamella Roland gown.

She practiced her runway walk before going in front of the cameras and compared it a little to being on a balance beam, where one foot goes straight in front of the other.

"I am participating because of the heart health cause. ... I want young girls to think about it. I want to get the message out," she said. "My advice to them is to stay active, eat healthy."

The first Red Dress show was held in 2001 at the beginning of the National Heart, Lung and Blood Institute's campaign to reach out specifically to women. Models over the years have included Christie Brinkley, Heidi Klum, Liza Minnelli and Kim Kardashian.