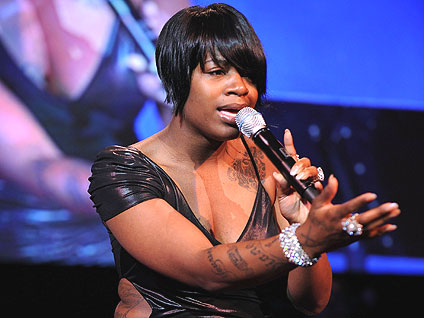 Local sources report that the 26-year-old singer was found in the closet of a Glynmoor Lakes neighborhood home on Monday night and was hospitalized with "possible internal injuries" after "ingesting medication." The police report classified the incident as "suicide/overdose."

CBS-TV affiliate WBTV reported on Tuesday that Charlotte-area authorities responded on Monday at 8:43 p.m. to a call at a home on Bevington Place, according to a report filed with the Charlotte-Mecklenburg Police Department.

Barrino was taken to Mercy South Hospital at Carolinas Medical Center in Pineville.

The news channel also reported that Barrino's manager in Maryland, Brian Dickens, is the one who notified Charlotte's police authorities that something was wrong with the singer, the police report stated.

Barrino's hospitalization comes after the 26-year-old singer was named as a potential "home wrecker" in a child-custody case involving a North Carolina couple. Paula Cook charged that Barrino carried on a year-long affair with her husband, Antwaun Cook, and had sometimes "recorded their illicit sexual activity," leadng to speculation about a sex-tape scandal.

According to the police report, the incident is still under investigation.