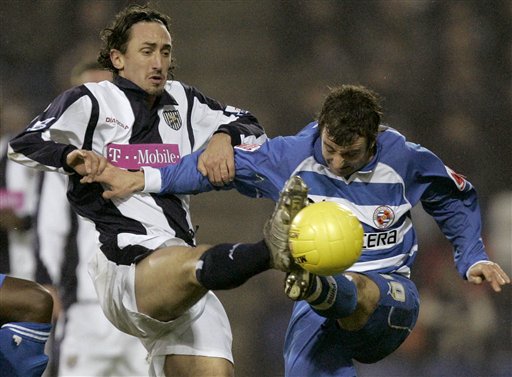 We all know that George Washington never chopped down a cherry tree. As the son of a prosperous planter, he probably never even handled an axe.

While anecdotes such as these may be recognized as pure myth, the values they represent are reflected in broader perceptions about our political forebears. We need them to be wise, noble, and compassionate. We need them to be forceful generals, progressive emancipators, and model citizens. But the fact is, they were flesh-and-blood humans before they became storybook heroes.

The Trouble With -Isms
Once we reject the myths, we're into heavy territory. Debates over whether Washington was really a great general, or whether the slavery issue truly sparked the Civil War, rage on in the halls of academia.

Even more contentious is the issue of how this more "complex" view of history is to be presented to children. Revisionism, deconstructionism, post-modernism, and most other -isms may be a little heady for classrooms in which lessons occur between nap time and a cookie break.

However, at the risk of offending some academicians, here is a quick look at some of the mythology surrounding our Presidents' Day honorees.

Just Chop It
Possibly the most famous of the presidential myths, the story of George Washington and the cherry tree was a creation of Washington's first biographer, Mason Locke Weems. In 1800, Weems wrote that Washington, as a young boy, chopped down his father's prized cherry tree with a hatchet and then confessed: "I can't tell a lie, Pa; you know I can't tell a lie. I did cut it with my hatchet."To which his father replied, "Run to my arms; glad am I, George, that you killed my tree, for you have paid me for it a thousand fold. Such an act of heroism in my son is worth more than a thousand trees, though blossomed with silver, and their fruits of purest gold."(For source, see #1 in Bibliography at bottom of page.)

While the tale is rarely believed, the values it imparts remain. Washington is portrayed as painfully honest, and his father's response is nauseatingly appreciative.

The adult Washington is invested with those same shining qualities, and he is almost deified as a soldier and political leader. In truth, memory has been challenged on both fronts. On the battlefield, he was often the loser.

According to Richard Shenkman's "I Love Paul Revere, Whether He Rode or Not", the winter that Washington and his troops spent at Valley Forge was not especially severe, nor were his soldiers deprived of essential supplies. Shenkman even claims that Washington embellished the severity of the conditions to ensure that his canteen remained well stocked. (For source, see #2 in Bibliography at bottom of page.) Had he confessed this one to Congress, their response might not have been as enthusiastic as his father's.

And by the way, Betsy Ross may have been a fine seamstress, but she did not stitch the first flag. The tale was fabricated by her grandson. (For source, see #3 in Bibliography at bottom of page.)

Lincoln Would Have Made a Fine Phone Psychic
While certainly a great president, Lincoln was not an unequivocal crusader for the abolition of slavery, as he is often depicted. He downplayed the issue as much as possible to preserve the Union, and only when war broke out did he issue even a preliminary proclamation. The Emancipation Proclamation itself, issued in 1863, outlawed slavery only in the rebelling states Â– the states Lincoln had absolutely no control over at the time. It took the 13th Amendment to eradicate slavery entirely in the United States.

Even Lincoln's tragic death is surrounded by super-human myth. It is recorded that, prior to his assassination, Lincoln dreamed that he was awakened by cries of mourning from the East Room. He arose and found mourners surrounding a coffin. "Who is dead in the White House?" Lincoln inquired. "The President," was the reply.

While Shenkman reports that Lincoln told friends of such a dream, Lincoln also denied that he was the victim in the coffin. (For source, see #6 in Bibliography at bottom of page.) Yet, historians and the public alike seem to exhibit a selective memory, simply because it makes for a better story.

Where Have All the Heroes Gone?
How can we reach a more rounded and human understanding of these most revered historical figures? What should we tell children? That George Washington could tell a whopper of a lie when he had a good enough reason?

Probably not. Adults may want to read more histories by authors who portray past leaders as human beings. In the children's version, the answer may lie in scaling back the rah-rah rhetoric just a bit. They may not have to know that the Star Spangled Banner is sung to the tune of an old drinking song. But, if we choose our words carefully, we can see these icons for their human qualities, too.

Written by Steven Shaklan with graphic design by Tim Hyde