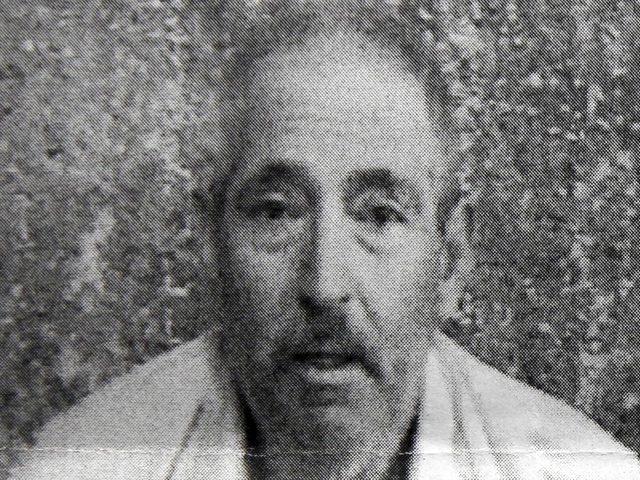 WASHINGTON - The family of retired FBI agent Robert Levinson, who vanished years ago in Iran, issued a plea to his kidnappers Friday and, for the first time, released a hostage video they received from his unidentified captors.

The video message released on the Levinson family's website publicly transformed the mysterious disappearance into an international hostage standoff. Despite a lengthy investigation, however, the U.S. government has no evidence of who is holding the 63-year-old father of seven.

"Please tell us your demands so we can work together to bring my father home safely," says Levinson's son David, seated beside his mother, Christine.

Ex-FBI agent who vanished in Iran: "Help me"

In an interview with CNN, Christine Levinson said the family has tried repeatedly since receiving the tape last year to contact those holding her husband, but have received no response.

The family's video plea represents a sharp change in strategy in a case that, for years, the United States treated as a diplomatic issue rather than a hostage situation. Christine Levinson, who lives in Coral Springs, Florida, has issued many public statements over the years, but she typically directed them to her missing husband or to the government of Iran.

In the hostage video, which the family received in November 2010, Levinson pleaded with the U.S. government to meet the demands of the people holding him, whom he did not identify.

The 54-second hostage video showed Levinson looking haggard but unharmed, sitting in front of what appeared to be a concrete wall. He had lost considerable weight, particularly in his face, and his white shirt hung off him. There were no signs of recent mistreatment. But Levinson, who has a history of diabetes and high blood pressure, implored the U.S. to help him quickly.

"I have been treated well. But I need the help of the United States government to answer the requests of the group that has held me for three and a half years," Levinson says. "And please help me get home."

His voice weakens and breaks as he speaks of "my beautiful, my loving, my loyal wife, Christine," as well as his children and his grandson.

"I am not in very good health," he says. "I am running very quickly out of diabetes medicine."

The Associated Press saw the video soon after it arrived last year but did not immediately report it because the U.S. government said doing so would complicate diplomatic efforts to bring Levinson home.

Now, those efforts appear to have stalled, U.S. relations with Iran have worsened and Levinson's family has stepped out of diplomatic channels to appeal directly to the kidnappers.

"We are not part of any government and we are not experts on the region," David Levinson says. "No one can help us but you. Please help us."

In the nearly five years that Levinson has been missing, the U.S. government has never had solid intelligence about what happened to him. Levinson had been retired from the FBI for years and was working as a private investigator when he traveled to the Iran in March 2007. His family has said an investigation into cigarette smuggling brought him to Kish, a resort island where Americans need no visa to visit.

The prevailing U.S. government theory had been that Levinson was arrested by Iranian intelligence officials to be interrogated and used as a bargaining chip in negotiations with Washington. But as every lead fizzled and Iran repeatedly denied any involvement in his disappearance, many in the U.S. government believed Levinson was probably dead.

The surprise arrival of the video, followed by a series of photographs, quickly changed that view. But they did little to settle the question of his whereabouts. The video, in fact, contained tantalizing clues suggesting Levinson was not being held in Iran at all, but rather in Pakistan, hundreds of miles from where he disappeared. The photographs, which arrived a few months after the video, contained hints that Levinson might be in Afghanistan, according to several U.S. officials, who insisted on anonymity to discuss the sensitive case.

The video prompted Secretary of State Hillary Rodham Clinton to announce publicly in March that Levinson was alive and urged the Iranians to help find him. Though the legacy of the 1979 hostage standoff with Iran looms over all relations between the two countries, Clinton did not refer to Levinson as a hostage in March and she softened the U.S. rhetoric toward Tehran.

Not long after Clinton's remarks, the Levinson family received a series of photos of Levinson dressed in an orange prison jumpsuit like the ones worn by detainees at the U.S. military prison at Guantanamo Bay, Cuba. In these photos, Levinson's hair and beard were much longer and he looked thinner.

In each photo, he wore a different sign hung around his neck. One read, "Why you can not help me."

Investigators determined that the video was routed through an Internet address in Pakistan, suggesting that Levinson might be held there. CBS News' analysis of the music suggests it could be of Brahawi or Baloch origin, both of which belong to cultures common in the province of Balochistan, which borders Iran, Pakistan and Afghanistan.

The photos, however, traced back to a different Internet address, this one in Afghanistan.

Authorities don't know whether those clues mean Levinson was being held in Balochistan — a rugged, arid region that spans parts of Iran, Pakistan and Afghanistan — or perhaps in the lawless tribal region along the border of Pakistan and Afghanistan. These areas are home to terrorists, militant groups and criminal organizations.

None of these groups has a clear motive for picking up Levinson. But an American hostage, particularly one who used to work for the U.S. government, would be considered a valuable commodity to any of them.

Over the past year, the hopefulness that initially followed the arrival of the video has faded. The meetings with the Iranians have not provided a breakthrough and U.S. officials said the government was no longer as optimistic about the future of those talks.

"We don't know what else to do," David Levinson says in the video released Friday. "Please tell us what you want."

Some U.S. officials believe the Iranian government routed the video through Pakistan as a way to blame Levinson's disappearance on someone else — most likely the anti-Iran terrorist group Jundallah. But as with every other possibility, the U.S. has no proof.

The video was accompanied by a demand that the U.S. release prisoners, but officials said the United States is not holding anyone matching the names on the list. It's possible some of them may have been held by the Pakistani government at one point, but officials say the demand doesn't offer any indication of who might be holding Levinson and there's been no more communication about it.

U.S. authorities have repeatedly analyzed the video and the apparently scripted remarks Levinson made, looking for clues.

For instance, Levinson said a "group" had held him for three and a half years, a word choice that could suggest a criminal organization or terrorist group, rather than a government. And he said he had been held "here" for that time, suggesting he had not been moved.

Levinson's dire warning about his diabetes medication is perplexing. He vanished years ago. Whoever is holding him must have had access to diabetes medicine at one point. Was he running out of medication because he was moved somewhere else? Or was it simply intended to add even more urgency for the U.S.?

Most recently, a high-tech, stealth CIA drone was captured by Iranian officials while on a surveillance mission over Iran. The embarrassing mishap put sophisticated technology in Iranian hands and provided public evidence of the kind of spying that's been long suspected.

The one bright spot in Washington's relationship with Tehran was the release of two American hikers from an Iranian prison in September. The U.S. worked behind the scenes to secure that release but officials said Levinson was not part of those discussions.

"All I want is for our family to be whole again," Christine Levinson said in the video, in a message directed toward her husband. "We love you. We miss you every day. We will not abandon you."