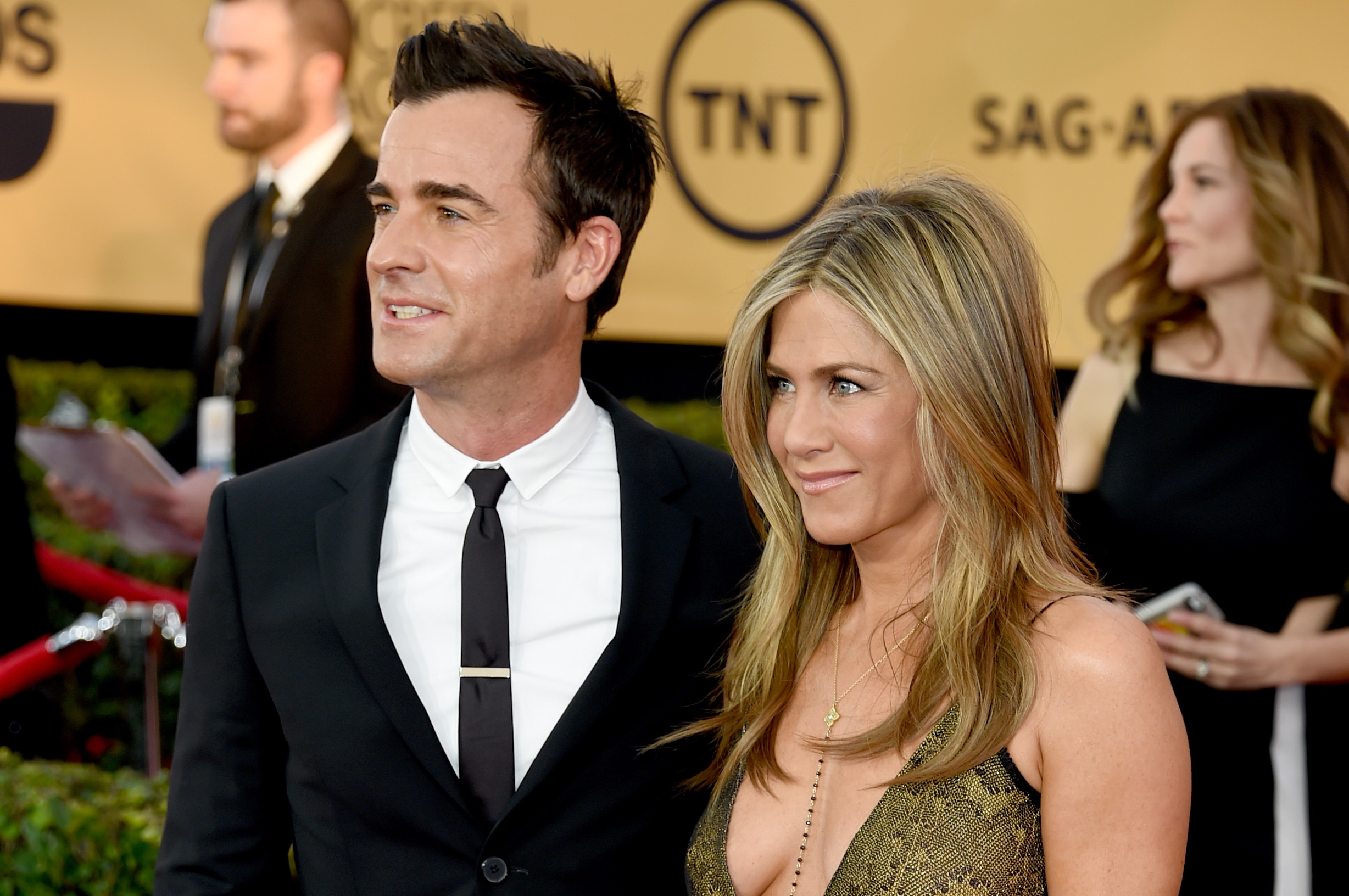 Calm down, everyone -- that is not Jennifer Aniston's wedding dress.

A Facebook page called "Jennifer Aniston" posted an image from behind of a woman in a long-sleeved, low-back lace wedding dress with a full train on Sunday morning, prompting a firestorm of comments. The caption read: "You have my whole heart for my whole life #WeddingDress."

Oddly, the photo does not particularly resemble Aniston, nor does the dress seem like the actress' typical boho-chic style. It was later revealed that the picture was of a model in an ad campaign.

The Facebook page later edited its name to "Jennifer Aniston Fans," and deleted the caption from the photo.

Aniston, 46, who is known for keeping coy about her love life, held a secret wedding on Aug. 5, pretending it was a birthday party for husband Theroux, 44. The couple still have not released any images or statements about the nuptials.