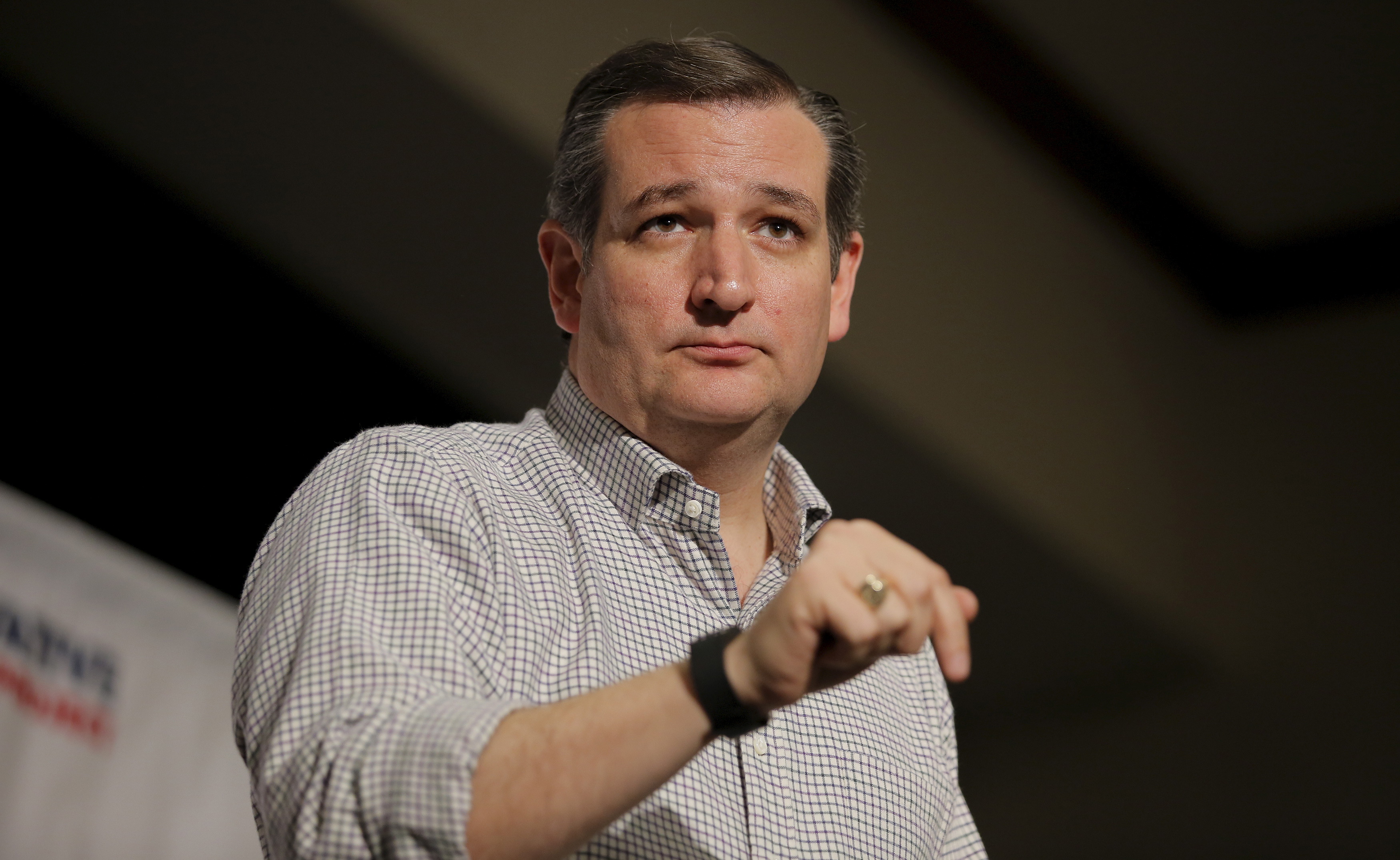 NORTH CONWAY, N.H. -- Ted Cruz is decidedly at odds with the scientific consensus that Earth is warming because of human activity.

A look at some of the Republican presidential contender's claims on the subject in New Hampshire this week and how they compare with the facts:

THE FACTS: Scientists, including those who work with the very satellite measuring system that Cruz refers to, say he's misusing the satellite data. They do show warming, albeit relatively little over the period Cruz cites, says Carl Mears, senior scientist for Remote Sensing Systems, which produces the data that Cruz refers to.

But by starting his comparison period in 1997, Cruz has selected a time when temperatures spiked because of an El Nino weather pattern. Starting at an artificially high point minimizes the rate of increase since then, Mears said, adding, "If you start riding your bike at the top of a big hill, you always go downhill, at least for a while."

More important is what's measured at the Earth's surface, where people live, Mears said. Those ground-based systems show a greater degree of warming.

The long-term trend that Mears' satellites show is about 0.7-degree warming since 1979, when satellites started measuring temperature. Ground-based monitors show a warming of about 1 degree during the same period. And 1979 was not among the top five hottest or coldest years in the 36 years of records.

THE FACTS: Kerry was talking about the ice cap at the North Pole, and it's true that it hasn't melted as he predicted. But in pointing that out, Cruz distorts the facts by referring to a ship that got stuck in Antarctic ice a world away near the South Pole.

Scientists do say it's only a matter of decades before the sea ice around the North Pole will be melted during the summer months, and some countries' navies are already exploring the area for quicker sea routes. Scientific measurements in Antarctica - where thick ice sheets sit atop land, not floating on the ocean as in the Arctic - show the ice sheets are diminishing on one side while growing on the other. But the fact that a ship got stuck in ice in the Antarctica doesn't tell us anything about the phenomenon.

CRUZ: "If you're a big-government politician, if you want more power, climate change is the perfect pseudo-scientific theory ... because it can never, ever, ever be disproven."

THE FACTS: Far from being pseudo-science, climate change is the consensus view among real scientists.

"The climate is terribly complicated, but it is now remarkably well understood because so many people have made such great efforts at developing sensors and deploying sensors and making sense of what the sensors say," says Rush Holt, CEO of the American Association for the Advancement of Science, the world's largest general scientific society, and a former Democratic congressman. "It's not just a few fanciful models on a computer, there are real data now. This is a highly developed science."

CRUZ: "Thirty, 40 years ago a whole bunch of liberal politicians, a bunch of scientists, were advocating, they said we were facing global cooling. We're going to have another ice age. And their solution to this was massive government control of the economy, the energy sector and every aspect of our lives. But then the facts and science stood in the way. It turned out the Earth wasn't cooling."

THE FACTS: Actually, global warming was more of a concern than cooling back in that time. From 1965 to 1979, 44 peer-reviewed scientific studies found the world was warming, 20 found no trend and only seven found cooling, according to a review of literature published in the Bulletin of the American Meteorological Society in 2008.