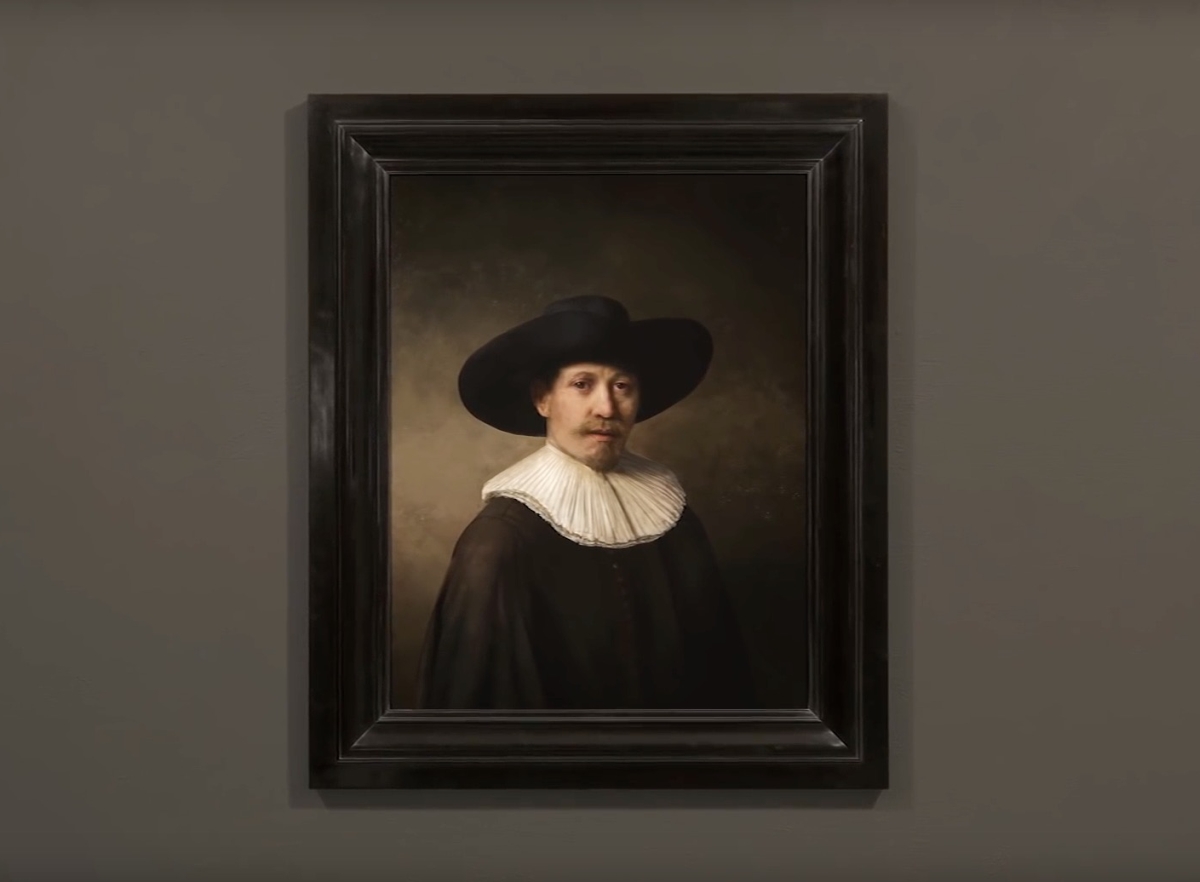 This is where art meets technology: Microsoft data scientists and art historians used facial recognition software to create an all-new work of art that's as close as can be to a genuine Rembrandt.

The software analyzed 346 paintings by the Dutch master Rembrandt van Rijn and then used that digital information to create an entirely new work in the style of the artist, who died in 1669 and is considered one of the greatest painters of all time.

CNET reports that the project, called Next Rembrandt, took 18 months to complete. It was a collaboration between ING, Microsoft, Delft University of Technology, The Mauritshuis and Museum Het Rembrandthuis.

"To master his style, we designed a software system that could understand Rembrandt based on his use of geometry, composition, and painting materials. A facial recognition algorithm identified and classified the most typical geometric patterns used by Rembrandt to paint human features. It then used the learned principles to replicate the style and generate new facial features for our painting," the project's website reads.

The database of scans consisted of 150 GB of digitally rendered graphics, which were studied closely to understand what constitutes a Rembrandt painting. The researchers looked closely at the characteristics of many of the painter's subjects, compiling what could be called the aggregate of all Rembrandt portrait subjects -- a Caucasian male who is between 30 and 40 years old, with a beard, black clothes, a white collar and a hat. They determined that he would be seated angled to the right while gazing out directly at the "painter."

The team also gathered data on the light depicted in each painting to determine what the shadows would look like.

Much like creating a painting the old-fashioned way with oils, the digital process was painstaking. Rendering one image took over 500 hours, with algorithms creating a "map" of brushstrokes. The final artwork was produced using 13 layers of paint-based UV ink.

"Sometimes a magical moment to a see a painting for the first time, even if it is computer generated, for me it's something special," Emanuel Flores, the project's director of technology, said in a promotional video. "I would have believed, if I saw it in a museum, it was a real Rembrandt. Just one I hadn't seen before."

Scientists: Triceratops May Not Have Existed
Brian Mastroianni